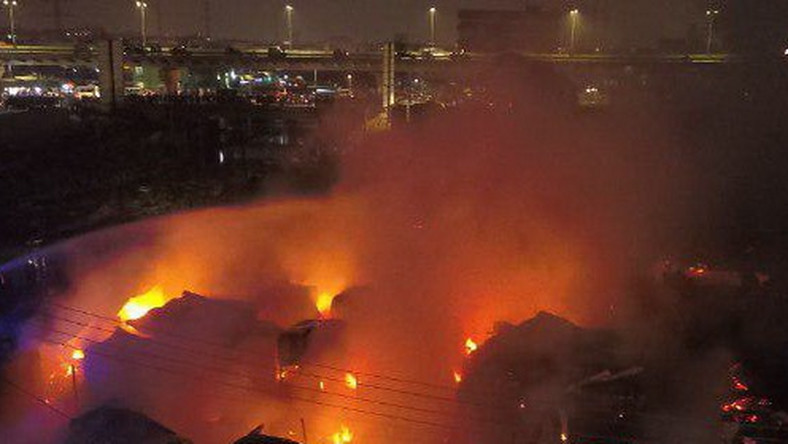 Findings of an investigation into the fire incident that gutted about 150 shops at the Odorna Market at the Kwame Nkrumah Circle, have indicated that the inferno occurred as a result of a faulty refrigerator.

According to the Metropolitan Chief Executive of Accra, Mohammed Nii Adjei Sowah, the report mentioned that the refrigerator caught fire in a wooden structure and spread to other stalls within the market.

The Odorna Market, which was hit by the fire outbreak last week was partially opened on Monday after it was temporarily shutdown to allow for investigations.

Mr.Adjei Sowah in a Citi News interview cautioned traders traders against undertaking activities that were likely to spark fire in the market.

“One of the shops had two refrigerators, one of which was faulty and spark the fire. Unfortunately, it was a wooden structure so it caught flames and it spread very fast. We want to make sure that some of these things do not happen in our markets.”

Some traders told Citi News the closure of the affected part of the market will worsen their situation as they do not have other alternative sources of livelihood.

Meanwhile, the Klottey-Korley Member of Parliament, Zanetor Agyeman-Rawlings, in whose jurisdiction the market is located, has called for an immediate structural integrity assessment of the market to avert future outbreaks.

An opinion leader at the market, Salamatu Adams, also wants the Metropolitan Assembly to stop people from sleeping and cooking in the market.

No casualties were recorded in last Wednesday’s incident beyond the destruction caused to traders’ wares running into thousands of Ghana cedis.

In the same market, there was a similar fire incident in 2013.