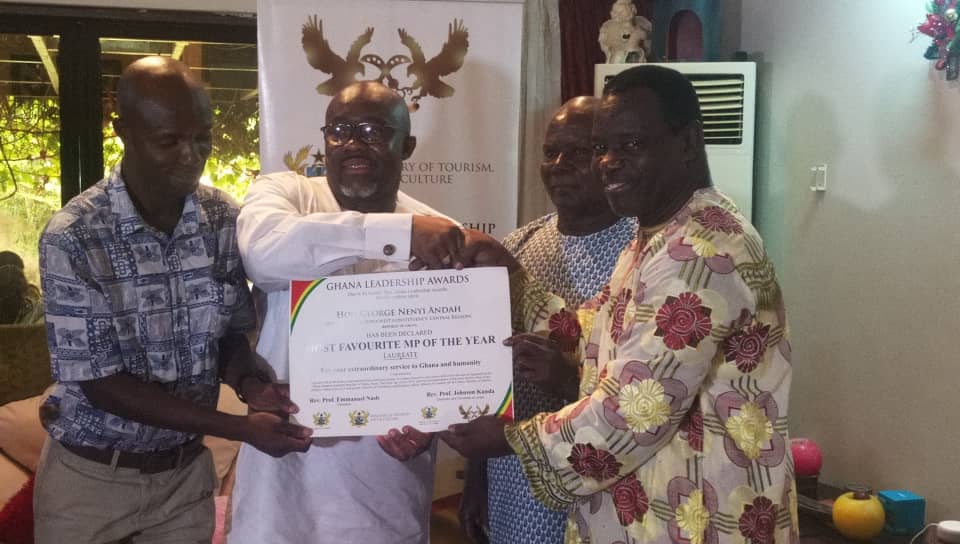 Ghana Leadership Awards, organisers of the award ceremony, explained Mr. Andah was selected by an independent jury and the voting platform public.

Professor Emmanuel Nash, Project Coordinator of the awards, explained that Nenyi George Andah qualifies to be the most influential and favorite Member of Parliament for the year 2018 because of his good works in the area.

Speaking to Citi News at Awutu Bereku in the Central Region, George Andah expressed his delight at honour done him. 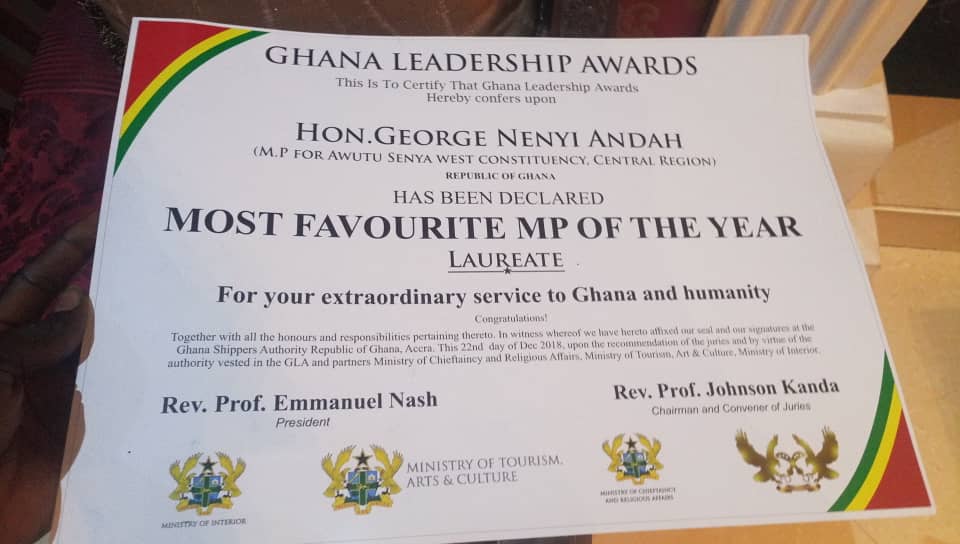 He again indicated that previous recipient of the award namely Osei Kyei Mensah Bonsu, Alban Bagbin and President Nana Akufo-Addo is what makes this award worth receiving.

“The previous recipient of the award makes it worth receiving,” the legislator noted.

According to Andah, being recognized means he is doing good work.

“It means I am doing a good job that is why I am recognized,” Nenyi George Andah explained.

He again indicated that he has better plans for his constituents in the coming years adding that they stand to benefit a lot in 2019.