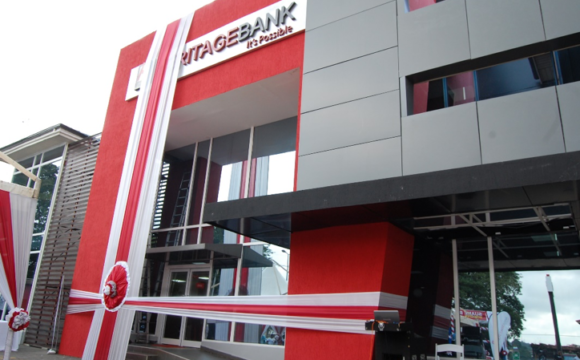 The Bank of Ghana(BoG) has disclosed that Heritage Bank had a questionable and suspicious stated capital hence its decision to revoke their license, aside their inability to meet the new 400 million minimum capital requirement.

Addressing a press conference after completing reforms in the banking sector on January 4, 2019, Governor of the Bank of Ghana, Dr. Ernest Addison, announced that “the bank’s capital appears to have come from sources which are suspicious”.

Mr. Addison explained that in the application for a banking licence, each shareholder of Heritage needed to demonstrate their “ability to subscribe to the shares” of the bank, however, the Bank of Ghana was not satisfied that the original sources of the bank’s capital are acceptable, in terms of section 9 (d) of the Banking and the Anti-Money Laundering Act which requires acceptable capital to be obtained from lawful and transparent sources.

Recounting how the bank obtained its licenses, Dr. Addison said the promoters of Heritage bank provided evidence to Bank of Ghana at the time of the application for a banking licence to the effect that an amount totaling GHC 120.6 million was lodged with a local bank.

“The amount of GHC 120 million was transferred to the bank from Agricult, a company wholly owned by Seidu Agongo, a promoter of Heritage, which funds appear to have been derived from contracts awarded to Mr. Agongo by COCOBOD, and are currently the basis of criminal prosecution in the High Court of Ghana”.

“Meanwhile, it has come to the notice of the Bank of Ghana that the bank has yet to respond to two High Court orders for disclosures relating to these and other contracts affecting the significant shareholder Mr. Agongo. While Mr. Agongo claimed that his sources of capital for the bank included proceeds of a USD 19.25m contract with COCOBOD, Bank of Ghana’s subsequent investigations have shown that there was no such contract between COCOBOD and Mr. Adongo” Dr. Addison said.

“From its 2017 audited financial statements, an amount of GHc15.8m was transferred to the bank from an unnamed investor which was attributed to unpaid called-up share capital, calling into question whether the minimum capital of the bank had been fully paid up at the time of licensing”.

Dr. Addison observed that from the same financial statements, an operating loss was booked resulting in a shortfall of GHC 20.6 million in the bank’s capitalization.

“This was expected to be repaid by an unnamed shareholder through a transfer of fixed assets (branches) to the bank. Despite attempts by the Bank of Ghana to confirm the identity of the unnamed shareholder, the basis of valuation of the fixed assets, and whether the terms of the transactions were at arms’ length, and otherwise acceptable, the bank and its shareholders, directors, and management have failed to clarify matters”.

Making more revelations, Dr. Addison stated that certain shares of the bank were held by nominee shareholders whose ultimate beneficial shareholders were not disclosed to the Bank of Ghana.

He reveled that the shareholder on record for Sarago is one Ruth Leena Abazerri, although the Bank of Ghana has reasonable grounds to believe that it is owned by Seidu Agongo.

“This is in breach of section 9 of the Anti-Money Laundering Act which requires the disclosure of beneficial ownership of shares, as well as regulation 9 of the Anti-Money Laundering Regulations (L.I. 1987) which requires that beneficial owners are not fictitious. Several related party transactions were entered into between the bank and entities owned or controlled by its significant shareholder Mr. Agongo such as Sassh Alliance, Moor Company Limited, and Kedge Company Limited, on terms and conditions that remain unclear and/or not transparent”.

Dr. Addison stressed that despite all these, the bank could not meet the GHC 400 million capital required as of 31st December 2018.

Minimum capital: Banks in Ghana reduced from 34 to 23

Ghana’s financial space will now have only 23 banks, down from the 34 that were operating in the country as of January 2017.