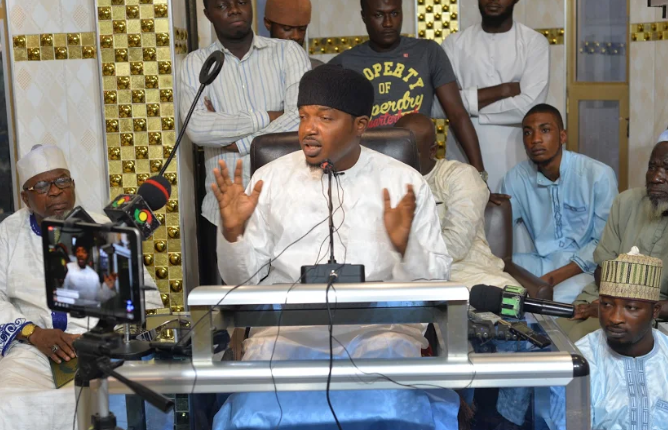 A renowned Islamic scholar and an Imam with the Darul Hadith Institute for Islamic Studies in the Ashanti Region, Sheikh Anas Tawfiq Ibrahim Al-Bakri, has said Ghanaians must continue to pray for persons who have played a role towards the restoration of peace in Dagbon.

According to him, people who promote a peaceful atmosphere and co-existence in every society will always attract the blessings and the reward of God.

He said the Institute was exceptionally excited that, at long last, Dagbon has found a path to lasting peace after efforts by successive governments proved futile.

Her said the Institute will continue to pray for the new Yaa-Naa; Abukari Mahama II, for long life and prosperity as well as wisdom to rule Dagbon.

Sheikh Ibrahim Al-Bakri described the former KAMPANKUYA NA, and the BOLIN LANA as heroes and living legends since they were the major stakeholders in the whole peace process in Dagbon.

For him, though efforts by successive governments to bring peace to Dagbon sixteen years ago must be commended, it was imperative to note that it took political will and decisive leadership of the current government to bring an end to the Dagbon crisis.

“We say a big thank you to the Nana Addo and Dr. Bawumia led government”, he added.

He called on Ghanaians to give the government the needed commendation when it brings positive development rather than always wanting to criticize the slightest mistake.

Sheikh Ibrahim Al-Bakri, speaking on the recent outcome of the killing of seven young men in the Asawase Constituency, said government has given a listening ear to the people of the Zongo community by interdicting the police officers in the case, and also compensating the bereaved families.

According to him, as much as the monies cannot reverse the lost lives, the clearing of the names of the deceased of any wrongdoing alone was enough to commend the Akufo-Addo – Bawumia led administration for its efforts.

“So as Muslims, we should not always be seen in the public space lamenting, flogging and criticizing government and other stakeholders on issues of national interest,” he noted.

Nana Addo has been fair to Zongo Communities

The outspoken Islamic scholar described President Nana Addo Dankwa Akufo-Addo as a leader who is committed to promoting development in Zongo communities following the establishment of the Ministry of Inner-Cities and Zongo Development.

The establishment of the Ministry and the Zongo Development Fund he added, will help close the inequality gap in the Zongo communities.

He also commended the government for implementing the Free SHS policy, indicating that the program has reduced the financial burden of most parents in Ghana including the Darul Hadith Institute for Islamic Studies.

He also called on government to strengthen the security space, due to the recent reports on killings and cases of kidnapping.

Sheikh Ibrahim Al-Bakri wants the government to pass a legislation to address issues regarding Muslim ladies wearing Hijab to work.