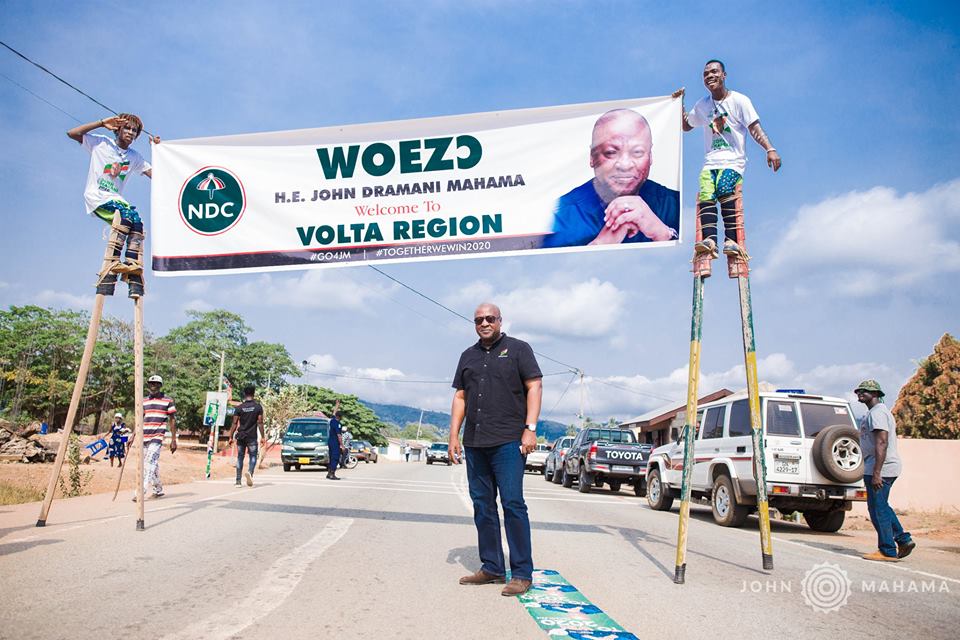 Former president John Mahama is to suspend his campaign tour of the Volta Region to return to Accra over disturbances in the Ayawaso West Wagon constituency by-election, which compelled the National Democratic Congress to withdraw from the poll.

“With respect to the Ayawaso West Wuogon by-election, the reports we have received indicate that some vigilante groups attacked the house of our parliamentary candidate in the constituency. Some of our members have been beaten and others thrown into police cells. So, I will be returning to Accra today to familiarize myself and see what we can do to ameliorate the situation,” he added.

Thursday’s by-election has not been without clashes as some persons have been arrested by police following a shooting incident at the La Bawaleshie polling centre.

Some National Security Operatives are alleged to have fired gunshots at the centre injuring about six persons believed to be NDC supporters.

NDC withdrew from the poll earlier in the day, claiming some of their agents and members have been attacked by persons believed to be members of the governing party wearing security uniforms.

“In the circumstances, I have conferred with the parliamentary candidate, and the leadership of the NDC. We have no option than to withdraw from the ongoing exercise,” the National Chairman of the NDC, Samuel Ofosu Ampofo, said to the press.

Meanwhile, the governing New Patriotic Party (NPP), believes that the violence that took place in some voting centres within the Ayawaso West Wuogon Constituency, was orchestrated by the NDC, to discredit the election.

NPP’s Director of Communications, Yaw Buabeng Asamoah, said: “this is a hugely orchestrated attempt by the NDC because they knew from the beginning that they were going to lose.”

Mr. Asamoah, who doubles as the MP for Adentan said their conviction is further strengthened by the fact that the Member of Parliament for Ningo Prapram, Sam George, who claimed he was shot, sustained no gunshot wounds, but is still alive and kicking.

“Were the guns pointed directly at him? As we speak, Sam George is alive. He has not been to the hospital, and yet he told the world that several rounds of ammunition were shot at him. If this was not orchestrated, then what else could have been orchestrated,” Buabeng added.

He also claimed that the NDC members who were gathered around the residence of their candidate, fired the first shot at the security personnel.