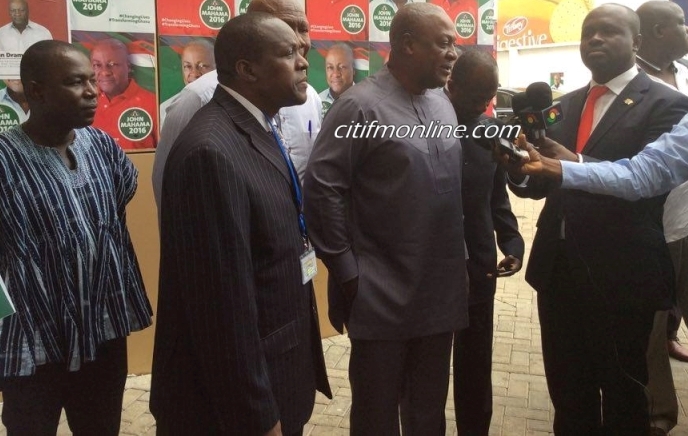 During the balloting for slots on Wednesday, the Member of Parliament for Nadowli-Kaleo, Alban Bagbin, picked the first slot followed by businessman, Nurudeen Iddrisu.

The fourth slot was picked by Sylvester Mensah, followed by Ekwow Spio-Garbrah, Goosie Tanoh and Prof. Joshua Alabi in that order.

[contextly_sidebar id=”8K3xN9pUPi1tvIVmN2xIgYqSPgHKUu9r”]The balloting for the slots was done today, Wednesday, January 23, 2019, at the party’s headquarters in Accra.

All the five aspirants were duly vetted at the NDC’s headquarters on Tuesday with each person expressing confidence of emerging victorious in the party’s presidential primary.

The NDC’s Acting Director of Elections, Bede-Ziedin, told the media that printing of ballot papers will take place from 3rd to 17th February 2019, after which they would be forwarded to all their constituency centres where the election will be held.

But for an injunction on the NDC’s presidential election, the party would have conducted the exercise before the end of January 2019.

“When the candidates are cleared by the vetting committee, they will then be presented with the voter’s register,” the NDC National Chairman, Samuel Ofosu Ampofo noted at an earlier press conference.

The party has also said there will be 276 polling centres nationwide; a departure from the much-criticised centralised system of voting for the national executives.

“According to the Electoral Commission, any constituency where the total number registered voters exceeds 1000, they will create additional polling booths at the same polling centre.”

Shaanxi Mine ordered to halt operations after death of miners

Shaanxi Mine ordered to halt operations after death of miners