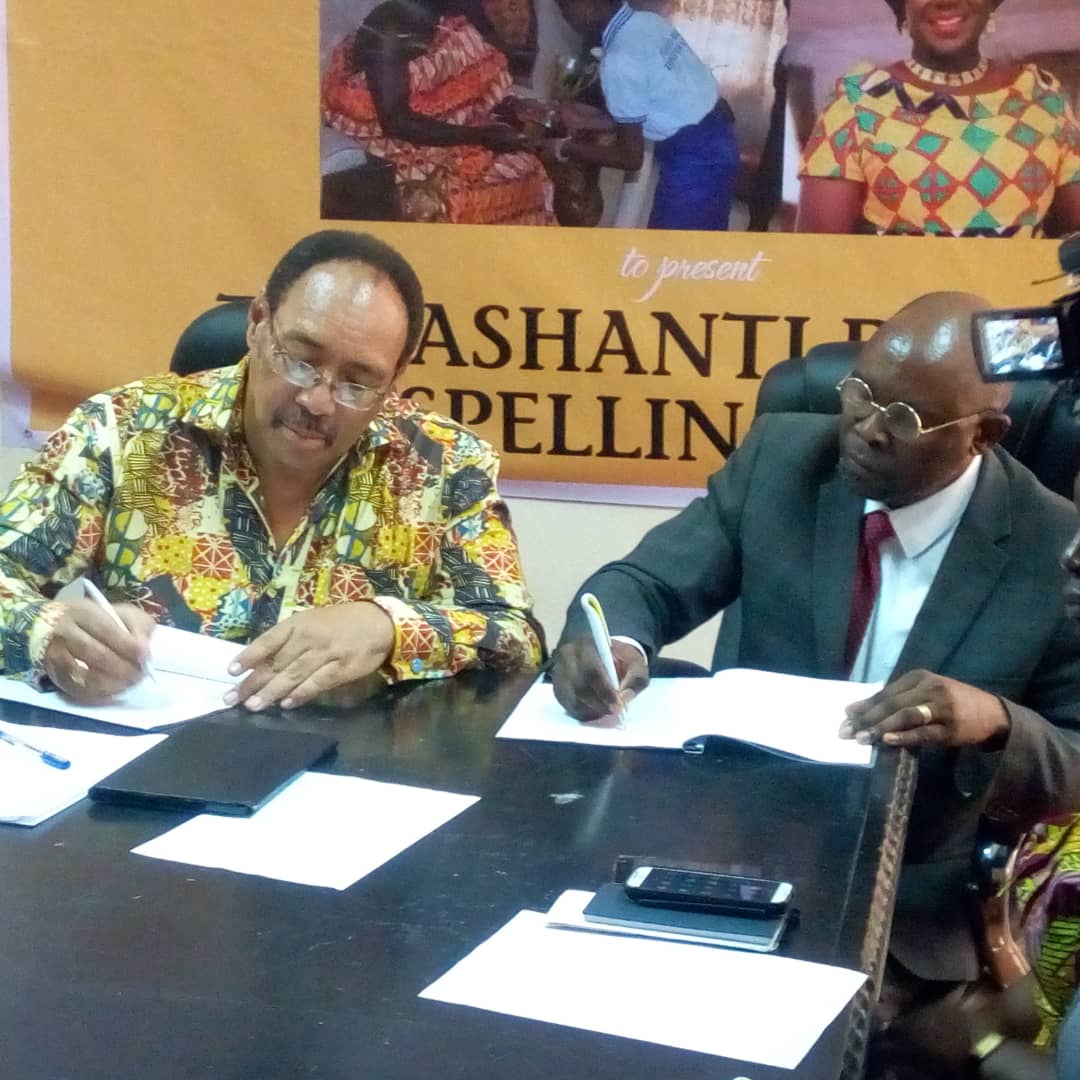 The Otumfuo Osei Tutu II Charity Foundation (OOTCF), has signed a Memorandum of Understanding (MoU) with Young Educators Foundation (YEF), organizers of the “Spelling Bee” competition with a pledge to support the Non-Governmental Organization (NGO), to extend its literacy programs to schools in marginalized communities.

The Foundation said the Spelling Bee competition should not only be limited to children in well-endowed or private schools.

The partnership according to the Foundation will ensure that students from public schools in the Ashanti Region also benefit from the literacy programme.

The Foundation said it is also partnering with the NGO to bring to children within the Ashanti Region, the highly-patronized educational programme as part of its mandate to reverse the falling standard of education in the region, and the country as a whole. 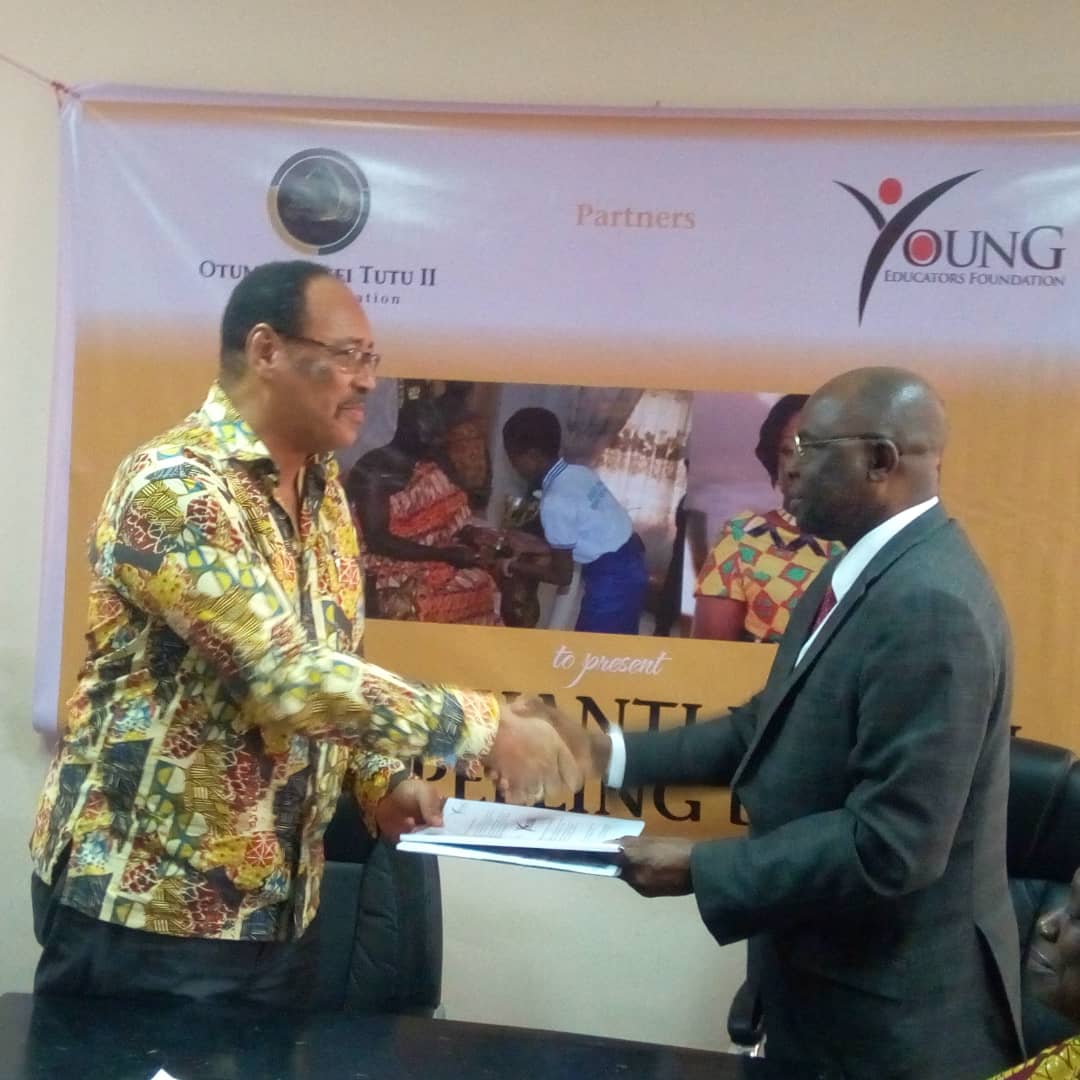 The Spelling Bee is a literacy programme that teaches children between the ages of seven and thirteen how to use the English Language effectively.

The programme also instils in the children the desire to read widely and also offer them a platform to build their confidence and public speaking skills.

As part of the agreement, the Otumfuo Osei Tutu II Charity Foundation will be the umbrella body under which the Spelling Bee programme in the Ashanti Region will operate and be managed for the next three years.

This will be done with support from the Young Educators Foundation and the Ashanti Regional Education Directorate.

The partnership, which takes effect from March 2019 will give 100 students the opportunity to benefit from the programme every year.

Speaking at a short ceremony to sign the MOU in Kumasi, Executive Director of the OOTCF, Dr. Thomas Agyarko Poku said his outfit is excited to work with the YEF because of its commitment in promoting education at the basic level.

He said the Foundation has closely monitored the work of the NGO, and has found it very important to partner with them since the mandate of the Charity Foundation was to improve and promote education in Ghana.

Dr. Agyarko Poku said the Foundation will honour every single promise it made in the agreement, and ensure the competition is not limited to schools in the Ashanti Region, but will be done across the country.“

“Over the years, most of their programmes, the participants are from well-endowed private institutions. We want to ensure that they have these programmes also in the villages as it used to be years back, and we are going to work with them and the Ghana Education Service to ensure that Spelling Bee is conducted all the way from the Districts before they get to the Regional level and virtually become part of the GES programme”, he pledged.

He assured that the Asantehene Otumfuo Osei Tutu II together with his wife; Lady Julia Osei Tutu, will support the Spelling Bee competition to ensure it is sustained. 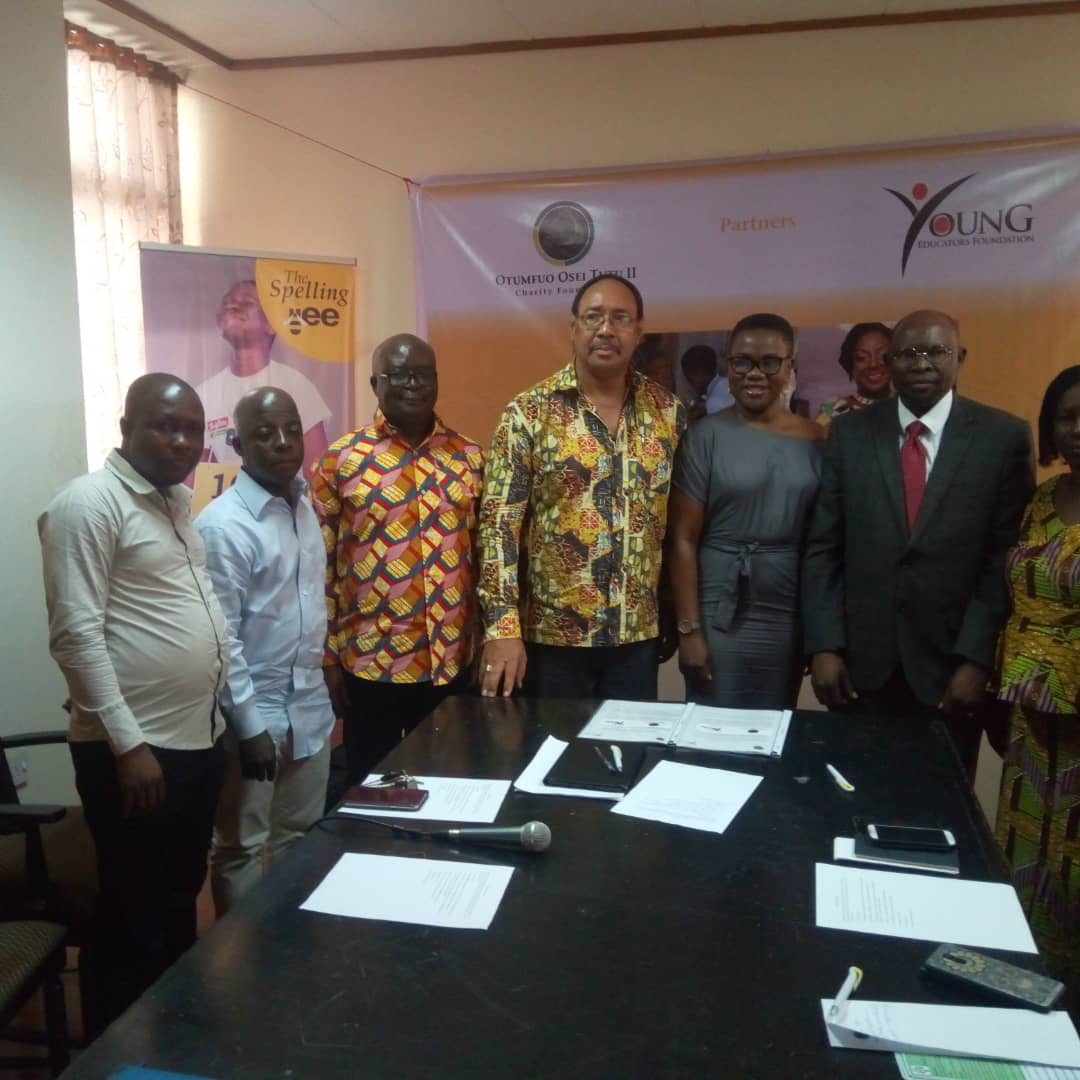 The Spelling Bee has in recent times produced winners who have represented Ghana on the international level to compete with other winners from countries across the world.

Board Chairman for YEF, Mr. Evans Nii Teiko said current leaders of the country will be doing a disservice to the younger generation if they fail to nurture and give them the opportunity for their voices to be heard.

He indicated that the vision of the Young Educators Foundation is to raise the levels of literacy among children in Ghanaian schools.

Mr. Nii Teiko maintained that the programme is not aiming to replace the mother tongue with the English language, but to help children to express themselves better and interact freely with other people from English speaking counterparts.

He commended the Charity Foundation for the opportunity and said his outfit will work hard to make the programme more comprehensive.

Country Director of Young Education Foundation, Mrs. Eugenia Tachie-Menson, called on parents to allow their children to participate in the competition.

For her, The Spelling Bee also serves as much more than a competition that brings children together.

The Ashanti Regional Education Directorate has also pledged to support the programme.

How did NAM 1 land in Dubai; gov’t has questions to answer – Lawyer