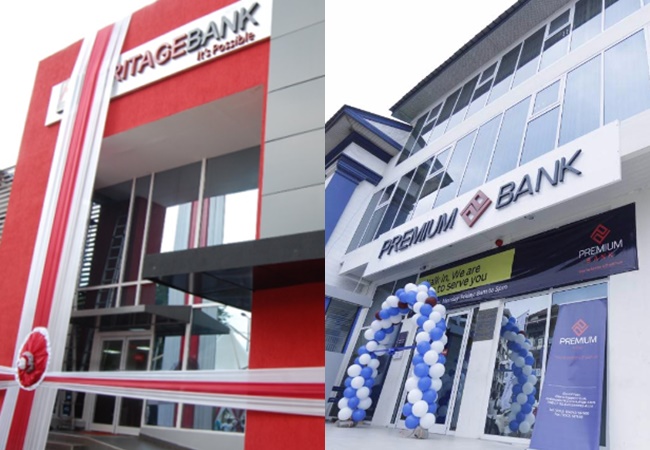 The Bank of Ghana has revoked the licenses of Heritage and Premium banks.

The central bank has also approved a purchase and assumption agreement with Consolidated Bank Ghana Limited to take over the liabilities and selected assets of the now defunct banks.

Governor of the Bank of Ghana, Dr. Ernest Addison made the announcement on Friday, January 4, 2019.

According to the Governor, Premium Bank was found t be insolvent and had a capital adequacy ratio of “-125.2%.”

With regards to Heritage bank, the Governor said it “obtained its license with questionable sources of capital, adding that both banks have not also been able “to meet the minimum capital requirement.”

This comes on the back of the expiration of the deadline given to banks in Ghana to recapitalize by at least GHc400 million by December 31, 2018, or risk having their licenses revoked.

Heritage Bank earlier joined the merger talks with GN Bank and Premium Bank but they could not make any headway.

Some five banks earlier in 2018 had their licenses revoked and merged as Consolidated Bank Ghana limited.

Earlier reports suggested that some 22 commercial banks had been able to recapitalize remaining eight others, who were struggling to meet the deadline.

Ghana currently has 23 banks after the recapitalization drive.