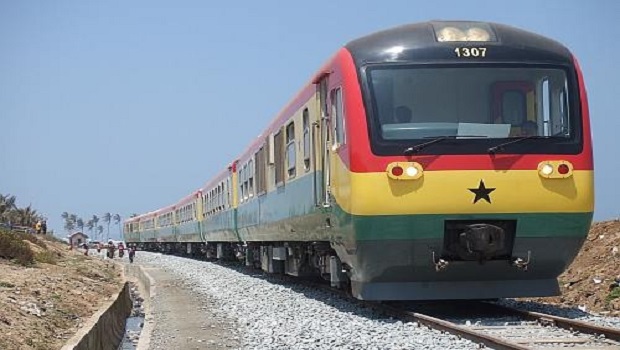 The Ghana Railway Company Limited would run free services for rail commuters from January 8 to 19 on the Tema-Accra line as part of its 120th Anniversary Celebration.

According to the company, after January 19, it would charge GH¢5.00 flat rate per passenger.

A statement issued by Mr John Essel, the Acting Managing Director of the Company on Friday, said it completed a test run of its locomotive from Accra to Nsawam on January 1.

However, it apologised to rail patrons and the public for its inability to commence the Accra-Nsawam shuttle service before the end of 2018 as planned.

The statement cited additional works done on the Kotoku-Nsawam section of the line to strengthen the structural integrity of the track, dealing with encroachment and removal of unauthorised level crossings as reasons behind the delay.

“Ghana Railway Company Limited continues to do a test run with its locomotive on the Accra-Nsawam line awaiting the actual shuttle service to commerce on January 31,” it said.

He thanked the public for the patience and gave assurance of its commitment to solving all the challenges identified.

KATH blood not infected with HIV or Syphilis – Committee