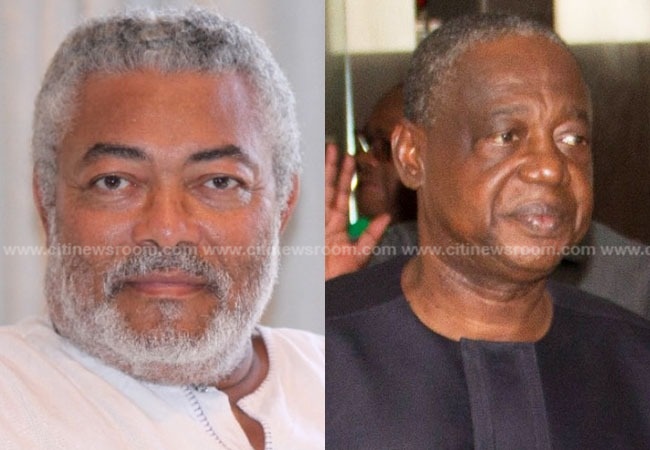 Former President Jerry John Rawlings has rejected claims that he has instigated the formation of a new political party, a breakaway from the opposition National Democratic Congress (NDC).

“The office urges the general public to treat the report with the utmost disregard and contempt. The carefully crafted falsehood is unfortunately the creation of a small element within the NDC keen on manipulating the minds of party faithful,” a statement from the Office of Rawlings added.

Some media outlets had earlier reported that some stalwarts of the NDC including Rawlings and former Minister of Defence, Dr. Ben Kumbour, were in the process of birthing a new political party ahead of the 2020 general elections.

But Rawlings urged Ghanaians to treat the report with the contempt it deserves.

“This is not the first time they have attempted this kind of political trickery and falsehood. In the run up to the 2016 elections, the same devious elements planted such fabrications in the media. Unfortunately, they have not learnt from the party’s humiliating loss and have sharpened their arsenal for yet more fairy-tales.”

“We urge the media and social media managers to confirm such reports with this office before publication,” Rawlings added in the statement.

Dr. Kumbour in a statement also rubbished reports he is conspiring to form a new political party.

In a statement, he said the report is a hidden agenda and a calculated attempt to cause disaffection for him.

“I have no intention and have never had one to be part of the formation of a new political party. I am satisfied with my membership of the NDC, and in the foreseeable future intend to continue to be a loyal member of it- all things being equal. I have never attended any meeting as alleged in the publication with any of the personalities mentioned; let alone one that is seeking to form a political party against my party the NDC,” he added in a statement.

This report comes not long after Dr. Kumbuor, a former Minister of Defense and a stalwart of the National Democratic Congress (NDC), said he is ready to call it quits on the party he helped to build if an alternative that embodies the early years of the NDC presents itself.

Like some members of the NDC’s old guard, he also feels the party has strayed from its social democratic roots.

“When I see the level at which NDC has been monetized, then what is the difference between you and any other political party,” he asked on UTV last Friday.

“You look back and you don’t know how many apologies you have to render and to how many people for coming to do exactly what you said you were against and perhaps doing it even brazenly and in a very crude manner.”

The former minister even stopped short of saying some of the sacrifices for the party were in vain.

“When you sit down to see what is going on, you know the question you ask yourself; if you too had died in the course of the revolution, is this what you would have died for?”

Because of these sentiments, Mr. Kumbuor said he would not hesitate to jump the ship the moment a party with sincere socialist ideals emerges.

“If I get a political party that is prepared to implement the ideals that I stood for in terms of social justice and creating a better society, it doesn’t matter the name. Even if the NPP [New Patriotic Party] decides to implement those things and I am convinced that it is implementing it, I can join it [the NPP].”