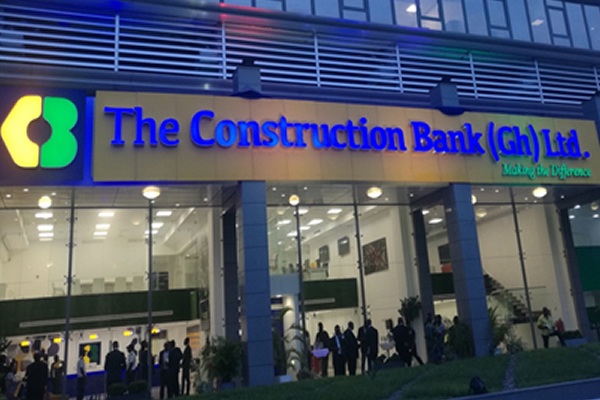 A report on the inventory of assets and property of the five consolidated banks has revealed that Construction Bank’s entire loan portfolio of GHs 620, 000, were term loans given to nine of the company’s employees.

The report, which covers the five banks, —Beige, Unibank, Construction, Sovereign and Royal banks, gives the value of assets including cash, loans, securities, property and equivalent, intangible assets and other assets.

The report was prepared by the receivers’ of the five banks, KPMG.

[contextly_sidebar id=”ely8McK6j9FfDUOtWVQwuepS3ZUwcsh8″]According to the Bank of Ghana, it is in accordance with section 130 (4) of the Banks and Specialized Deposit-Taking Institution Act 2016, which requires that the receiver within one month of taking over the bank prepares and submits a report on the inventory asset and property of those banks to the Bank of Ghana.

According to the report, as at August 1, 2018, when the license of Sovereign Bank was revoked, the bank’s total asset was GHC191 million.

Out of this, the bank had cash of Ghc23, 496 million. The remaining Ghc98, 370 million were loans and other securities representing 73% of the banks total assets.

The receiver attributed the bank’s high non-performing loans to inconsistencies in recovery efforts.

Unibank on the other hand had a total asset of Ghc2.2 billion. Loans and other securities constituted 82% of the total assets of the Bank. Most of the bank’s debtors were in the construction sector owing Ghc934.3 million.

This were followed by the financial sector with Ghc558 million.

According to the receivers’, Unibank’s overall net liability of Ghc¢7.2 billion as at August 1, 2018,was accumulated losses from operations, a deterioration in the Bank’s asset quality and money given to related and connected parties.

Royal Bank had an asset of Ghc376 million. Out of this, loans and other securities constituted 56% of the bank’s total assets. The receiver attributed the high percentage of loans to the bank’s non-adherence to credit administration policies and inadequacies in recovery efforts

Beige Bank
Total assets of Beige bank stood at Ghc494 million. Loans and other securities stood at 282 million constituting 57% of the asset.

The bank gave an amount of GH¢274million representing 31% of total loans to related parties.

Like Royal Bank, the receiver said Beige bank did not adhere to credit administration policies and inadequacies in recovery efforts.

Total assets of Construction bank as at August 1, stood at GH¢24.7 million.

The Bank’s loan portfolio, which constituted only 3% of total assets, was made up of term loans given to 9 of the bank’s employees which totaled GHc620, 000.

92% of the bank’s cash were made up of balances with local banks and the Bank of Ghana.