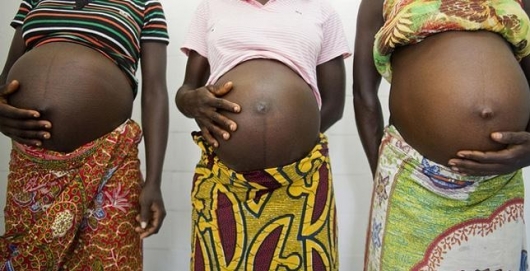 Minister of Gender, Children and Social Protection (MoGCSP), Cynthia Mamle Morrison, has expressed concern over the increasing rate of teenage pregnancy in the Central Tongu District of the Volta Region, and has called for stiffer punishment for perpetrators.

Reports from the Ghana Health Service for 2016 and 2017 indicated that teenage pregnancy in the District increased from 490 to 522 respectively.

[contextly_sidebar id=”9sgbNd3YeGmlgXCpbFYPezMb2E99TPUY”]The Minister, who appeared unhappy with the figures, told parents not to see their children getting pregnant as “fashion” and called for strict laws to deter perpetrators.

She made the call when she presented medical equipment and supplies worth over GHC 50,000.00 to Mafi-Dove Health Centre in the Central Tongu District, funded by the United Nations Population Fund (UNFPA).

In an interview with Ghana News Agency (GNA), Madam Morrison said she tasked the District Chief Executive and the Member of Parliament of the area to lead the fight against teenage pregnancy and ensure that girls remained in school.

She also asked the community leaders, teachers and nurses, to be actively involved in the fight, and advised teenage mothers to take advantage of the Free Senior High School Policy and go back to school.

Mr. Thomas Moore Zonyrah, District Chief Executive (DCE) of Central Tongu, speaking at the ceremony, said teenage pregnancy places the life of the teenage mother and the baby at risk and called for a concerted effort to reverse its emergence.

“We need a concerted effort to stop teenage pregnancy. Central Tongu is rated among the worst situations in the region. Let’s work together and stop it,” he said.