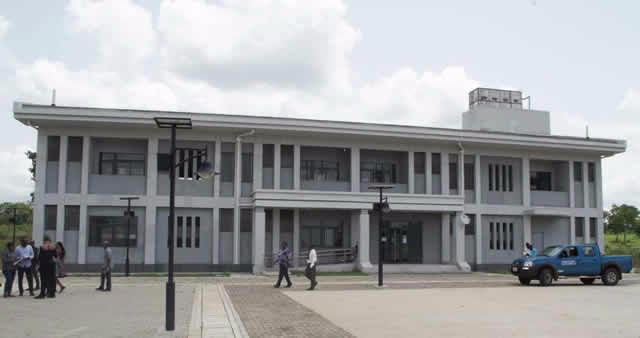 The University of Health and Allied Sciences (UHAS) in Ho, has expelled two students of the University for examination malpractices in the 2017/2018 academic year.

A total of 16 other students have also been rusticated, with one other sanctioned for the same offence.

Professor John Owusu Gyapong, Vice-Chancellor of the University said this at the second session of the third congregation of the University, held in the Cedi Auditorium at its main campus in Sokode Lokoe in the Ho Municipality on Saturday.

[contextly_sidebar id=”eYmlcz9n0XXbbn0n6vYkM9tIKrAWr6uH”]He said the University took examinations seriously, abhorred malpractices, and that it would uphold sanctions against such practices and advised students against them.

Prof. Owusu Gyapong said the University will improve vigilance to ensure that the system was improved year after year.

The Vice-Chancellor said UHAS is also working closely with the West African Examinations Council to weed out students who applied with falsified results.

He said government had assured of the reactivation of GETFund projects, and was hopeful that the School of Public Health in Hohoe, the central laboratory complex, and the incubation facility for the School of Hygiene, as well as staff bungalows, would be completed soon.

The Vice-Chancellor said in the interim, the University has fallen on its internal resources for the construction of some classroom blocks, offices, and consulting rooms for teaching and practical demonstrations , but still needed government’s “heavy” investment and investors.

Professor Owusu Gyapong said the Road Ministry has also promised the completion of roads leading to the University, and expressed appreciation to the Metro Mass Transport Limited for its continuous services despite the bad nature of the roads.

The Vice-Chancellor described the graduates as a “special breed,” most of whom had to juggle work, academia, and family responsibilities.

A total of 337 students were graduated, 320 awarded Bachelor Degrees in Nursing, Midwifery, and Public Health from the School of Nursing and Midwifery.

Master’s Degree in Health Promotion from the Leeds Beckett University, were also conferred on 16 students.

Mr. Justice Dotse, Chairman of the University’s Governing Council noted that non-compliance with regulatory and control measures had reduced health institutions to “abysmal” levels, and entreated students of UHAS to strive towards making a “big difference”.