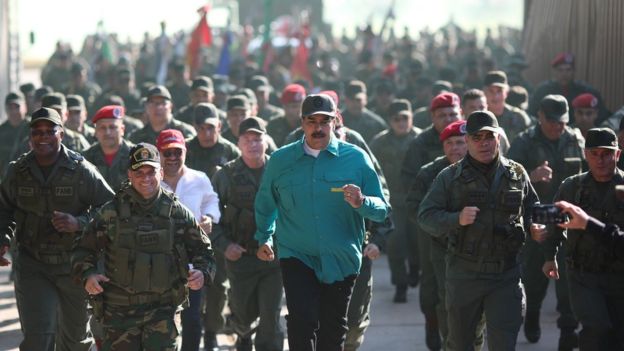 The US has warned Venezuela that any threats against American diplomats or opposition leader Juan Guaidó will be met with “a significant response”.

National Security Adviser John Bolton said any such “intimidation” would be “a grave assault on the rule of law”.

His warning comes days after the US and more than 20 other countries recognised Mr Guaidó as interim president.

Meanwhile, Mr Guaidó has called for anti-government protests on Wednesday and Saturday.

Mr Guaidó, the elected leader of the opposition-held National Assembly, declared himself the interim president on 23 January/

The political crisis in Venezuela now appears to be reaching boiling point amid growing efforts by the opposition to unseat President Nicolás Maduro.

He was sworn in for a second term earlier this month after an election marred by an opposition boycott and allegations of vote-rigging, triggering large protests.

On Sunday, Venezuela’s top military representative to the US, Col José Luis Silva, defected from Mr Maduro’s government, saying he recognised Mr Guaidó as president instead.

Later, Mr Bolton took to Twitter to reiterate Washington’s position, warning others against any form of “violence and intimidation”.

Also on Twitter, Mr Guaidó called for a “peaceful” two-hour strike on Wednesday and a “big national and international rally” on Saturday.

On Saturday, several European countries including Spain, Germany, France and the UK said they would recognise Mr Guaidó as president if elections were not called within eight days.

But Mr Maduro has rejected this, saying the ultimatum must be withdrawn.

“Venezuela is not tied to Europe. This is complete insolence,” he told CNN Turk on Sunday.

Mr Maduro added that he was ready to “engage in comprehensive dialogue” with those who opposed his presidency. He said he had sent Donald Trump “many messages”, but he thought the US president “despises us”.

He later appeared at a military exercise in Venezuela’s central state of Carabobo, where he called for “union, discipline and cohesion” to overcome what he described as an “attempted coup d’etat” by Mr Guaidó. 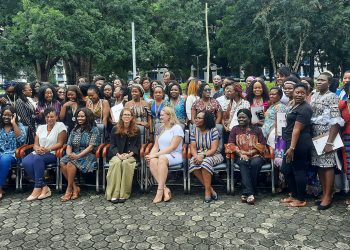 31-year-old Ghanaian to be jailed in US over fraud, money laundering