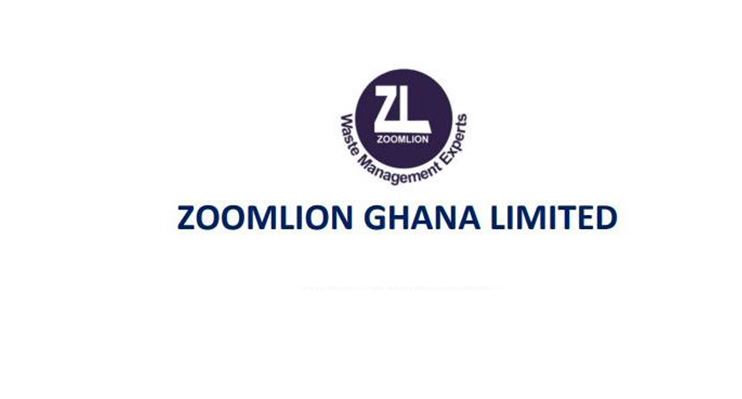 Waste management giant, Zoomlion Ghana Limited, says it did nothing wrong in receiving monies from the National Health Insurance Authority (NHIA) for services it provided to the Authority.

Some previous and current Chief Executives of the NHIA have been asked by the Auditor-General to refund in total some monies totaling GHc400 million they paid to Zoomlion during their tenures.

But Zoomlion in a statement insisted that: “without preempting the ruling of the court in the appeal, the Management of Zoomlion Ghana Limited wishes to assure the public that, the company believes it has done nothing wrong.”

“Zoomlion’s contracts in the areas of disinfestation as a preventive health measure  with the Ministries of Health have all been duly executed and duly paid for,” the statement added.

In an earlier interview with Citi News, Director of Communications and Corporate Affairs at Zoomlion, Emma Akyea-Boakye said they are already in court over the matter.

“Yes we have knowledge of that report. We have read through it, we appreciate what is in there but we disagree with the decision of the statement. And so for further actions we have appealed to the court and we are waiting for the court to decide.  And so we will wait until the court decides,” Emma Akyea-Boakye added.

The attention of the management of Zoomlion Ghana Limited has been drawn to media publications about the 2018 Special Audit report of the Auditor General on disallowances and surcharges, asking the company and previous and current Chief Executive Officers of the NHIA to refund some GH¢ 400 million.

The surcharge and disallowance certificates were served on the company which we disagreed with and have appropriately appealed against it the High Court in accordance with law. Without preempting the ruling of the court in the appeal, the Management of Zoomlion Ghana Limited wishes to assure the public that, the company believes it has done nothing wrong.

Zoomlion’s contracts in the areas of disinfestation as a preventive health measure have been with the Ministries of Health work have all been duly executed and duly paid for.

The Management of Zoomlion Ghana Limited wish to reassure its stakeholders and the general public that it had done no wrong and call on the general public and media to exercise restraints and caution in any discourse on the issue.

Zoomlion Ghana Limited is a responsible Corporate citizen which works ethically with integrity. We believe in the rule of law and the judiciary to bring finality to this matter.

The current head and three former Chief Executive Officer (CEOs) of the National Health Insurance Authority (NHIA) and Zoomlion, have been ordered to refund a total amount of GHc411, 433, 086 following revelations of wrongful payments made to the waste management company during their respective tenures.

In separate letters to the four; Sylvester Mensah, Ras Boateng, Samuel Annor and Nathaniel Otoo, the Auditor General, Daniel Domelevo stated that after an audit into the accounts of the NHIA for the period from January 2007 to April 2018, the financial infractions were noted, prompting the surcharges and ultimatum.

According to the audit, the NHIA, under the tenure of Sylvester Mensah, is said to have made a payment of GHȻ111,401,650 to Zoomlion without following due processes.

The payment which was authorized by Mr Mensah and the former DCE in charge of Finance & Investment of the Authority at the time, Alex Nartey from, June 2009 to May 2015, is contrary to Regulation 39 of Financial Administration, Regulations L.I. 1802.

Ras Boateng, who was CEO of NHIA from 2007 to 2009 was also surcharged an amount of GHȻ583,000 along with Zoomlion after payments of GHȻ5,500,000 were made to the waste management company without recourse to due processes.

The two parties are now to refund a total amount of GHȻ6,083,000 into the Consolidated Fund within 14 days.

Samuel Annor, who has served as NHIA CEO since March 2017, Francis Owusu, then DCE in charge of Finance & Investment and Zoomlion were ordered to refund an amount of  GHȻ25,017,147.21.

This is after the audit revealed that wrongful payments of GHȻ21,000,000 were made to the waste management company.

All surcharged parties were directed to make the payments within 14 days of receiving the notice and to produce proof of payment on a Treasury Counterfoil Receipt (TCR), to the Legal Unit of the Ghana Audit Service.

The note from the Auditor General added that if the monies are not paid before the deadline civil proceedings will be commenced to recover the amount from those surcharged.

Health Ministry responsible for over 400m payments to Zoomlion, not NHIA – Sly

Former Chief Executive Officer (CEO) of the National Health Insurance Authority (NHIA), Sylvester Mensah, has denied assertions that the Authority under his tenure made payments to waste management company, Zoomlion without following due processes.

According to him, all payments made by the Authority are authorised by the Ministry of Health, which also supervises the release of the monies to the recipients.

“All payments for MOH’s contractual obligations for which provision has been made in the NHIA budget is paid against specific request by the Minister of Health/Ministerial directive on the specific work performed and ascertained by MOH.”

“Supervision of work for such payments rests with the MOH and not NHIA. This is why the specific requests are made by the Minister for Health.”