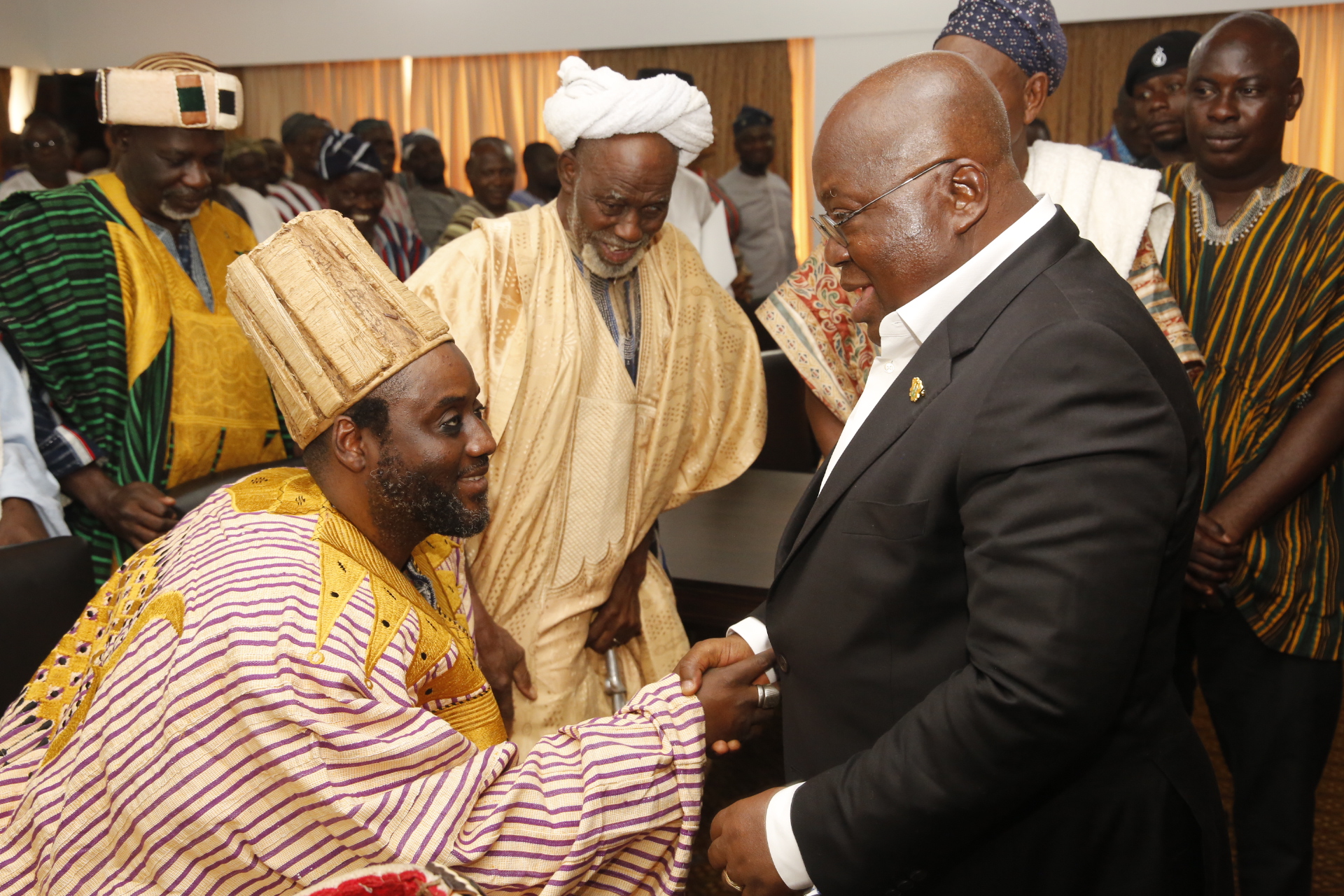 The Bolin Lana, Abdulai Mahamadu, has thanked President Nana Addo Dankwa Akufo-Addo, for his bold vision for Dagbon and the exemplary leadership shown in helping to bring the Dagbon crisis to an end.

According to the Bolin Lana, the people of Dagbon have suffered from the age-old, debilitating Abudu-Andani conflict, which has resulted in the under-development of the area. 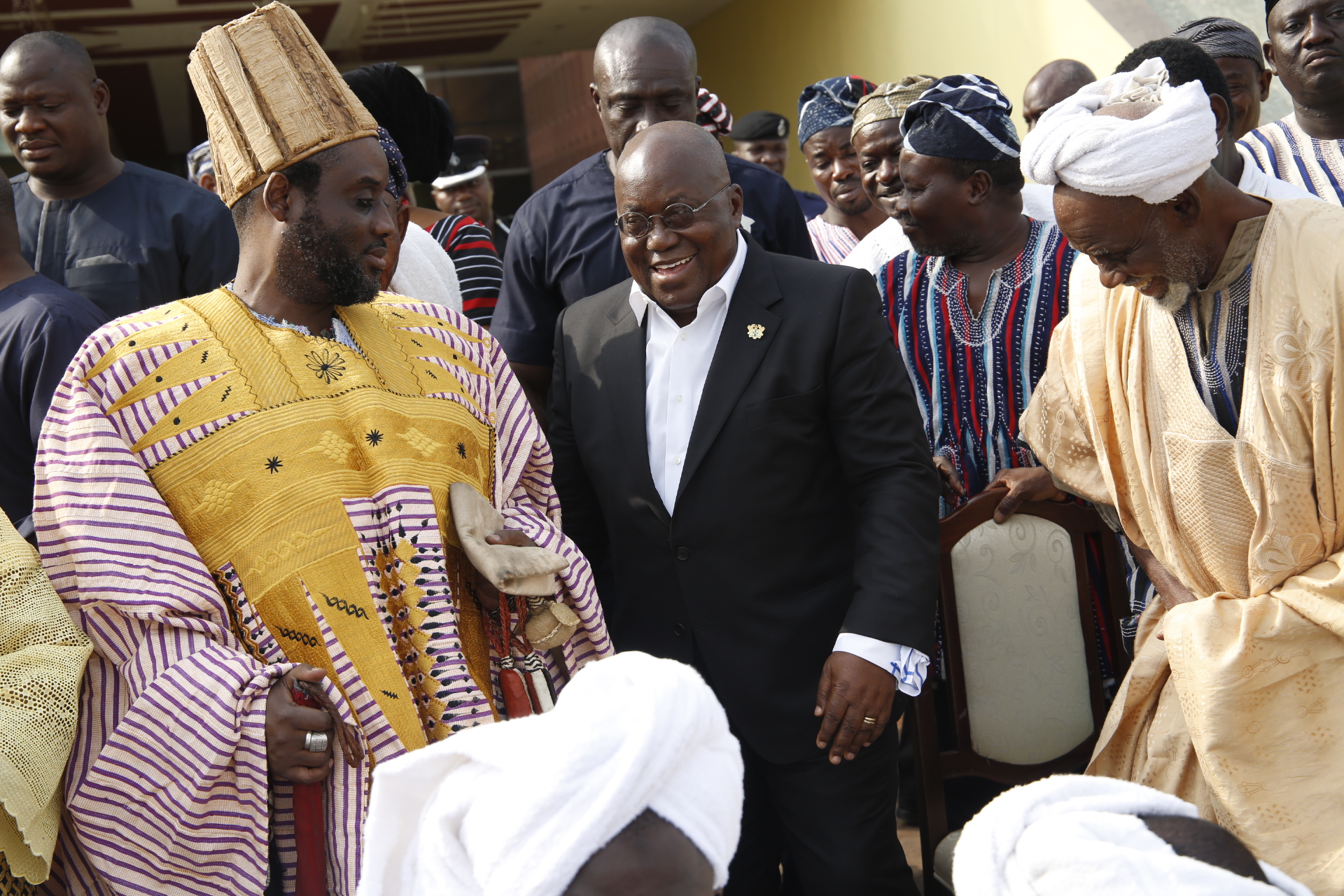 “It turned brothers against brothers, sisters against sisters, fathers against children, and indeed, converted friends into foes. Mr. President, this conflict, over the years, has damaged properties in all parts of Dagbon. It compromised our culture and eroded our dignity as a people. It has cost us lots of precious lives,” he said. 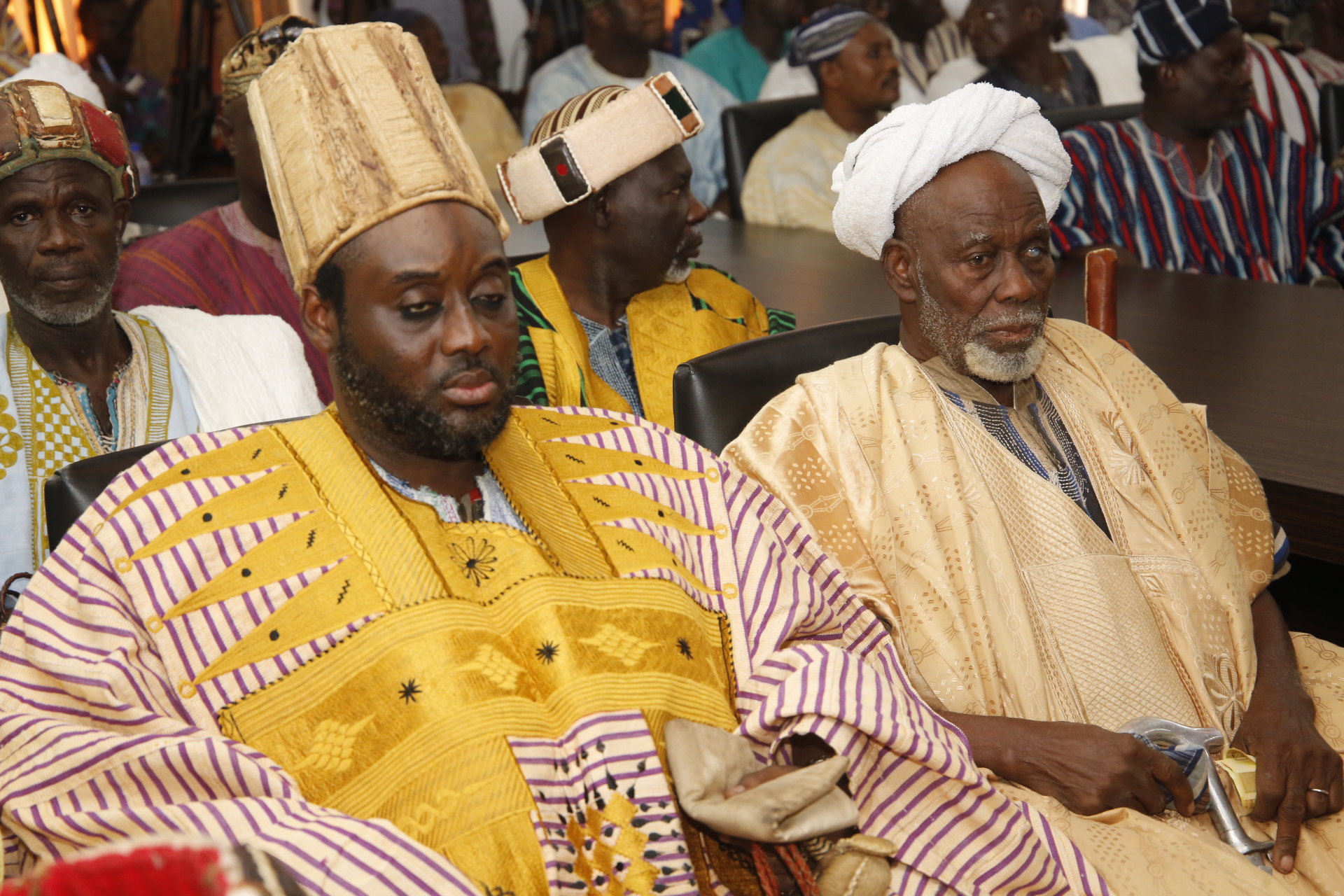 The Bolin Lana made this known on Friday, 4th January 2019, when he paid a courtesy call on President Akufo-Addo at Jubilee House, following the performance of the funeral of the late Ya Naa, Mahamadu Abdulai.

He noted that the performance of the funeral of the late Na MahamaduAbdulai had lifted the dark clouds that have been hanging over Dagbon and Dagombas everywhere.

The performance of the funeral, he added, will bring true, lasting and enduring peace to Dagbon, and remained confident that“unity and genuine reconciliation will follow.”

The Bolin Lana assured President Akufo-Addo that “We are committed to achieving this peace and we continue to offer a hand of brotherhood and friendship to our brothers the Andanis.  This funeral marks a significant milestone in the effort towards finding a lasting peace for the good people of Dagbon.”

He also expressed his gratitude to the Committee of Eminent Chiefs, led by the AsanteheneOtumfuo Osei Tutu II, the Nayiri, Naa Bohagu Abdulai Mahami Sheriga, and the Yagbonwura, Tuntumba Boresa I, for their relentless efforts in helping in finding lasting peace to the Dagbon conflict.

He also expressed appreciation to all former Presidents of the 4th Republic, the Northern Regional Minister, Honourable Salifu Saeed, members of REGSEC, the Yendi Municipal Chief Executive, amongst others, for their resilience and unflinching commitment to the peace and reconciliation of Dagbon.

“Mr. President, we wish to assure you that we stand for peace, unity, genuine reconciliation, development and advancement of Dagbon and we stand in readiness to support your government towards finding a lasting peace in Dagbon,” the Bolin Lana added.

On his part, President Akufo-Addo thanked the Almighty “that the funeral of Na MahamaduAbdulai had been duly performed, with all the customary rights that are due to him as a Ya Na”.

President Akufo-Addo thanked the Committee of Eminent Chiefs for the work done, and saluted the Bolin Lana for his sense of statesmanship, patriotism and commitment to the peace and welfare of Dagbon.