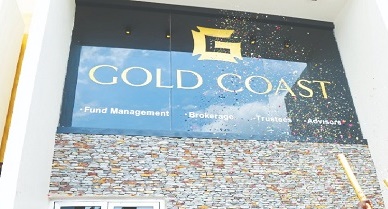 The troubled investment firm, Gold Coast Securities has assured its aggrieved customers that it working to pay back their monies.

The company has stated that it is making efforts to resolve all outstanding issues.

The Economic and Organised Crimes Unit [EOCO] in 2018 begun investigations into the operations of fund managers, Gold Coast Securities after clients complained that they were struggling to retrieve their investments.

After months of protests and petitions, the customers who are yet to get paid have also called on SEC to help them retrieve their investments, which matured in the last quarter of 2018

But speaking to Citi News, the General Manager in charge of investor relations at the company, Ben Afreh said the company is making frantic efforts to resolve its issues.

“I can only plead just like we have been doing. We are not going anywhere; we are here because we believe that whatever investment we have done is right just that there are some difficulties. We are working to resolve these difficulties so that everybody’s money is intact.”

There are a number of things we are doing now to change the portfolio from fixed deposit to some fund that everybody will benefit from. We have already met with the regulator and we are already working with them on the strategy, so we have an approval to roll out that fund, he disclosed.

The Security and Exchange Commission (SEC) is currently working on a roadmap with the troubled investment company, Gold Coast Securities.

The Commission says the plan will enable the company to pay its customers their monies.

Deputy Director General of Securities and Exchange Commission, Paul Ababio, was optimistic that discussions between his outfit and the company would address the concerns of the aggrieved customers.

“We have received some information, and the company has also approached us with a solution as to how they will manage the situation. I think part of this has also got to do with the reforms we are introducing. We have given them feedback, and they are working with some of the directions we have given them. We expect to meet them again in the weeks ahead for [further actions].”

Some of the Gold Coast customers have been storming the banking hall of the company to demand their investments.

Gold Coast Holdings has assured its customers and the general public that their investments are safe and secured.

According to the company, it is making significant progress in transforming the structured finance product that thousands have benefited from to become an even more beneficial one.