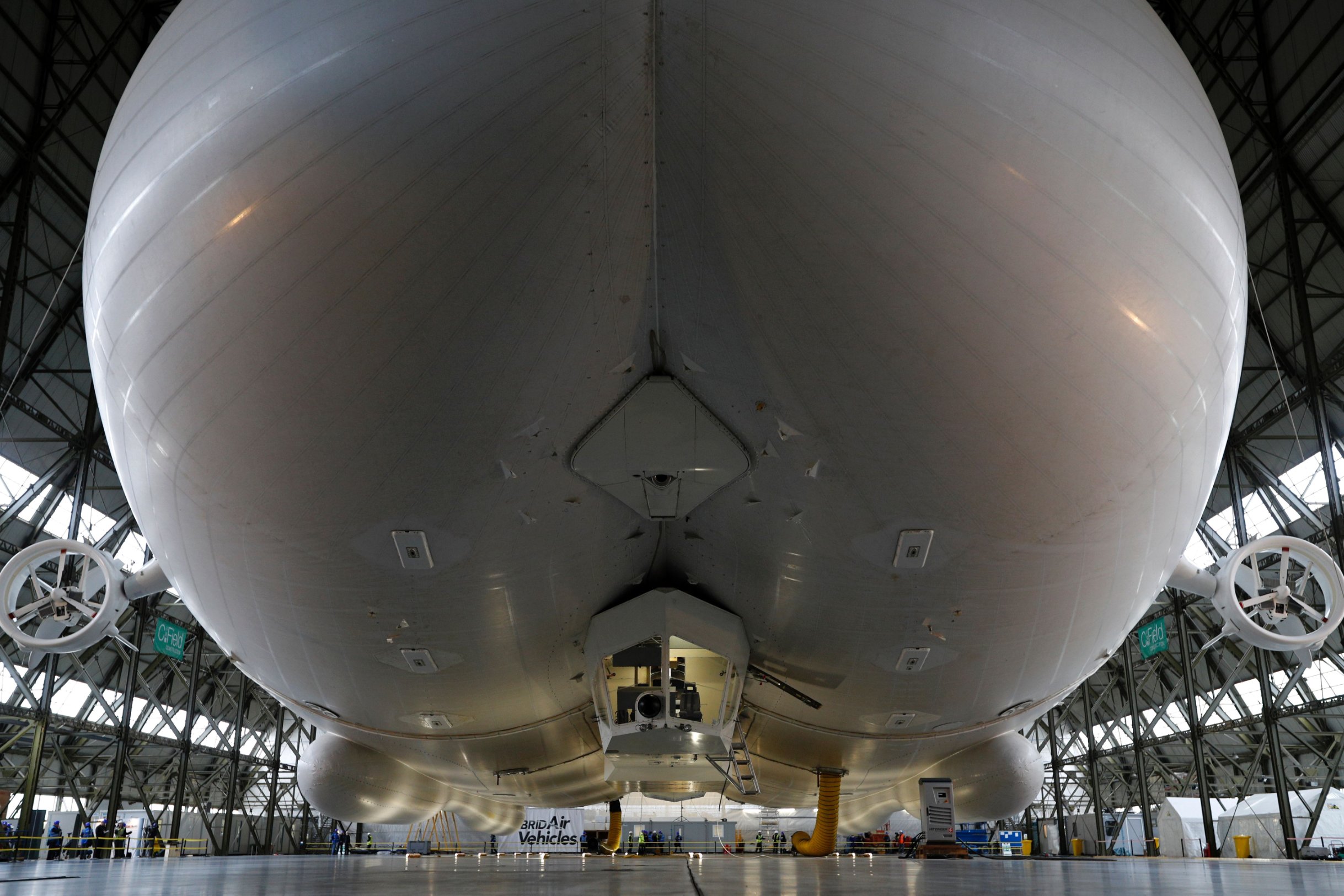 The world’s largest aircraft has been retired after six test flights, as its developers prepare to build a new, commercial model to take to the skies in the early 2020s.

The prototype Airlander 10, a hybrid helium airship built by Hybrid Air Vehicles, based in Bedfordshire in central England, measures 300 feet in length — and has been dubbed the “flying bum” due to its unfortunate shape.

Its “luxury” variant was formally unveiled at the Farnborough Airshow in the UK in July, after a development process that was hit by some high-profile setbacks — including a crash landing on its second flight.

Hybrid Air Vehicles will now begin work on the production version of the prototype, having secured approved from the UK’s Civil Aviation Authority (CAA).

“Passengers can sip cocktails while enjoying horizon to horizon views and live in comfort in double en-suite cabins while overflying and landing at incredible, remote, and unvisited locations,” a company spokeswoman said.

The company also says its production model will “rethink the skies,” and is aiming for the aircraft to be low-carbon. The new model will be of a similar size to the prototype, though exact dimensions are yet to be confirmed.

Hybrid Air Vehicles hailed the award of Production Organisation Approval (POA) from the CAA, which allows it to proceed with the manufacture and assembly elements of production, as a “significant milestone.”

“The POA is the regulator’s stamp of approval for us to move ahead with the productionisation of Airlander 10 on the path to type certification. This puts us in a great position going into 2019,” the company’s executive director Nick Allman said in a statement.