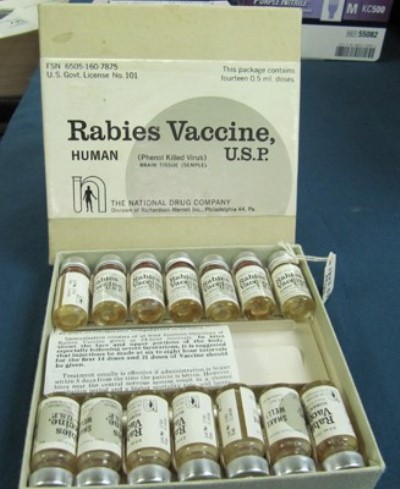 Two other persons, parents of the deceased, who had contact with her and suspected to be infected with the disease, are currently on the human anti-rabies vaccine and are being monitored.

The deceased, Victoria Jayo, a seamstress was bitten by a stray dog in 2018, but could not afford the human anti-rabies vaccines due to financial difficulty.

She was initially admitted at the Drobonso clinic and was later referred to the Agogo Presbyterian hospital after her condition deteriorated as she showed high symptoms of rabies.

She died at the hospital last Saturday.

The death of Ms. Ajayo brings to two the number of rabies-related deaths recorded in the Ashanti Region so far in 2019.

Out of 24 rabies cases recorded in 2018, eight persons died of the disease.

Ashanti Regional Veterinary Officer, Dr Emmanuel Edward Effah who confirmed the incident to Citi News said the delay in curing the disease resulted in the death of the 25-year-old.

He has directed a mass vaccination of dogs within the Drobonso area to avoid the spread of the disease to other areas in the District.

“The dog that bit the woman is a stray dog. The dog bit her in the forehead and the buttocks which are about a month ago. She went to the hospital, and they did not give her the human vaccine, and when the disease started, they took her to the Agogo Presbyterian hospital, but the nature of rabies is such that if you sit down for the symptoms to appear, no matter what you do you will die.”

“So the girl died. I have directed my staff over there to see the Agric Director, the District Coordinating Director and then the District Chief Executive for them to try and vaccinate eight kilometres radius Drobonso so that if the disease is even around, we can nip the problem in the focus so it will not spread to other areas”, he said

A Non-Governmental Organization (NGO) based in the United Kingdom(UK), Mission Rabies has provided about 7000 doses of vaccines to vaccinate dogs free of charge.

The exercise which is currently in the Bosomtwi District of the Ashanti Region will last for eight days.

Some veterinary officers have been deployed to homes within the District to vaccinate dogs and also sensitize owners of the dogs to adhere to rabies prevention methods.

Other officers have also been stationed at locations within the District to allow owners to bring in their dogs for vaccination.

Dr Edward Effah indicated that owners of dogs within the areas are responding to the call and are cooperating with the vaccination exercise.

Rabies is an infectious viral disease that is almost always fatal following the onset of clinical symptoms.

In up to 99% of cases, domestic dogs are responsible for rabies virus transmission to humans. Rabies can affect both domestic and wild animals.

It is spread to people through bites or scratches, usually via saliva.

Rabies is one of the neglected tropical diseases that predominantly affect poor and vulnerable populations who live in remote rural locations.