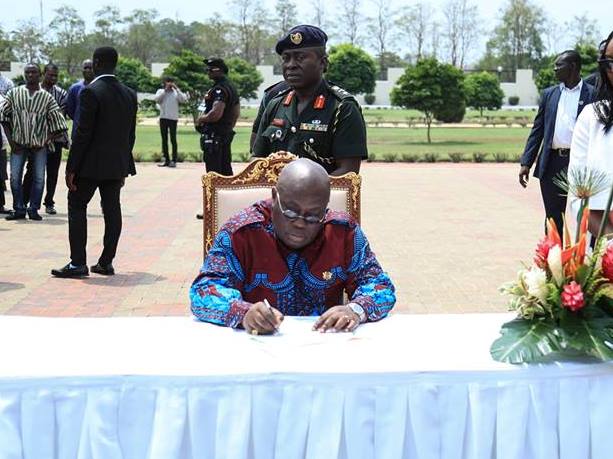 President Nana Akufo-Addo has nominated some persons to occupy various ministerial and deputy ministerial positions in the newly created regions.

This comes weeks after the president presented the official Constitutional Instrument for the creation of the Western North, Oti, Ahafo, Bono East, Savannah and North East regions.

Municipal Chief Executive  (MCE)  for Sunyani, Evelyn Richardson has been named Minister for the Bono Region.

These Regional and Deputy Regional Ministers designate are however subject to parliamentary approval.

“Following the creation of six (6) new administrative regions in the country, and in accordance with article 256 (1) and (2) of the Constitution of the Republic, I wish to inform you that I have nominated the following persons to be appointed as Regional Ministers and Deputy Ministers of the new regions, subject to the approval of Parliament,” a statement from the Presidency to Parliament stated.

Nana Addo has however asked the house to expedite actions to approve the nominees.

“It is my hope that parliamentary approval of the above-named Regional Ministers and Deputy Regional Ministers-designate can be done quickly, so that they can take offices promptly, and ensure the establishment and development of these new regions.”

Tamale Airport, others to get facelift with UK loan