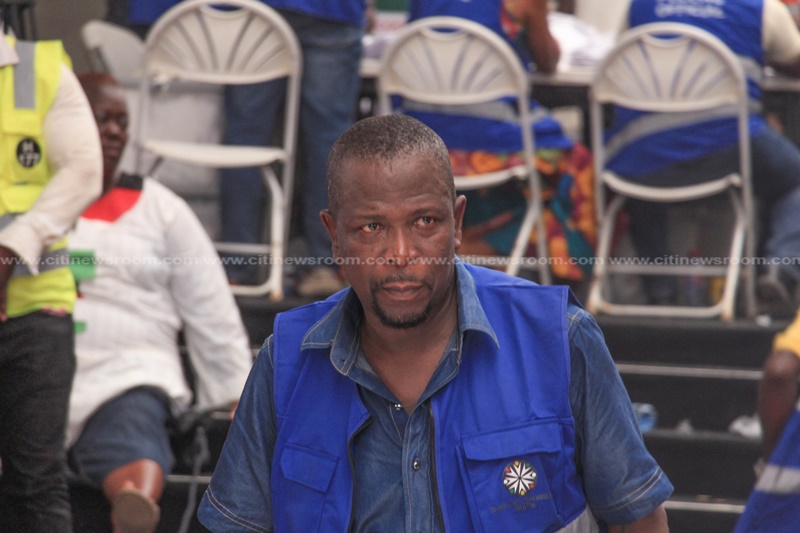 The Electoral Commission has condemned the violence that characterized the by-election held in the Ayawaso West Wuogon constituency with a call on political parties to take steps to disband their vigilante groups.

Speaking after an Inter-Party Advisory Committee [IPAC] meeting held on Wednesday, Head of Communication at the Electoral Commission, Mr. Eric Dzakpasu said the attacks at the residence of the National Democratic Congress’ candidate, Mr. Delali Kwesi Brempong, was unfortunate and condemnable.

Mr. Dzakpasu also chided the security of failing to handle the clashes at the La Bawaleshie polling center in a professional manner.

The  EC also called on all political parties to work to “address the issues of vigilantism” within their parties to ensure future occurrences such as the violence recorded at Ayawaso West Wuogon becomes a thing of the past.

The EC’s head of communication also disclosed plans by the commission to develop a committee to regulate the activities of the political parties with regards to disbanding political vigilantism.

“The commission condemned the violence that took place in the residence of the candidate of the NDC in the just ended Ayawaso West Wuogon constituency by-election. The Commission also entreated political parties to work to address the issue of vigilantism within their respective political parties to ensure that similar incidents do not occur in the future.  The commission hinted of a meeting of plans to develop a committee to regulate the activities of political parties in that area,” he added.

The Commission at an earlier press briefing last Friday described the by-election as peaceful and credible despite the wide condemnation of the brutalities that marred the poll.

A statement of resolution read by Eric Kofi Dzakpasu, called on the political parties to act to ensure vigilantism curbed in the bud.

“Finally, during the recent by-election, it is noted that the security officers should have better handled the clashes which occurred in the home of the NDC candidate than they did.”

The Electoral Commission interestingly had described the  Ayawaso West Wuogon by-election as peaceful, smooth and orderly some few days after the polls despite the fact that some National Security Operatives fired gunshots at a polling centre at La Bawaleshie, injuring about six persons believed to be NDC supporters during the election held last week Thursday.

Speaking at a media briefing after the election, the Chairperson of the Commission, Jean Adukwei Mensa, said the disturbances happened outside the polling stations and cannot be linked to the Electoral Commission.

“The Commission put in place, adequate and efficient security measures to maintain law and order at all polling stations. At the end of the by-election at the Ayawaso West Wuogon Constituency, the Electoral Commission is pleased to announce that the conduct of the polls in all 137 polling stations was peaceful, smooth and orderly.”

“The Electoral Commission staff as well as the security agencies at the polling stations conducted themselves in an orderly and professional manner”, the EC chair insisted.

President Nana Addo Dankwa Akufo-Addo had earlier described as regrettable the violence that rocked the by-election.

The president condemned it completely in a statement and said it was unfortunate.

There is no justification for the deployment of the heavily armed and masked security personnel at the Ayawaso West Wuogon by-election, who physically assaulted some civilians.

This is according to a former National Security Advisor, Brigadier General Nunoo Mensah.

Speaking to Citi News about the widely condemned events of Thursday 31st January’s by-election at the constituency, the former Chief of Defense Staff said, professionally trained security officers do not act in such an irresponsible manner.

“When I saw the pictures on television I was wondering why at this stage of our development, this thing should happen in Ghana. It was shocking to me. Since independence and from the start of the 4th Republic, we don’t behave like this in the military. And if even officers who are trained to kill don’t behave like this, it is appalling. It cannot be explained in any way,” he said.

Videos from a polling center within the constituency showed the physical assault of some citizens including the Member of Parliament for Ningo-Prampram, Sam George.

The attack was carried out by some masked men who were heavily armed at some polling stations.