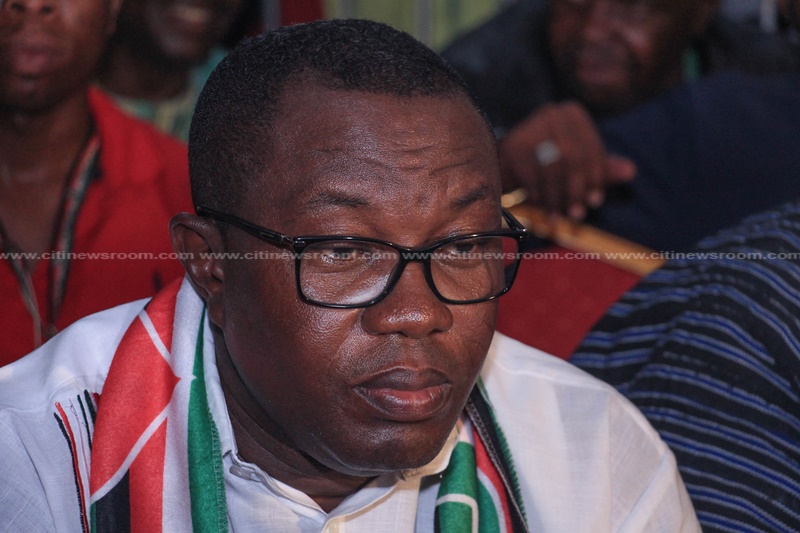 The Criminal Investigation Department has invited the National Chairman of the opposition National Democratic Congress (NDC) over the alleged leaked recording of him, in which he appears to be inciting violence.

The invitation, according to the CID, is for Mr. Ampofo to assist the police with its investigations because his comments in the tape have some ‘security implications’.

[contextly_sidebar id=”GsOT3C6RLHOohquNYOoa9RmT8XHL7h3p”]In the audio, Mr. Ofosu Ampofo is heard admitting, among other things, that NDC had a ballot box protection unit in the Ayawaso West Wuogon constituency during the by-election.

A statement issued by the CID and signed by the Deputy-General, ACP G. Tweneboah said the embattled NDC national Chairman is to report to the CID on Thursday morning.

“The Criminal Investigation Department of the Ghana Police Service has intercepted an audio message circulating in both traditional and social media on Wednesday 27th February 2019, in which you are alleged to have made some comments that have some security implications.”

“You are therefore requested to report to the undersigned at the CID Headquarters on Thursday 28th February 2019 at the 10:000 am to assist in the investigation, the statement added. 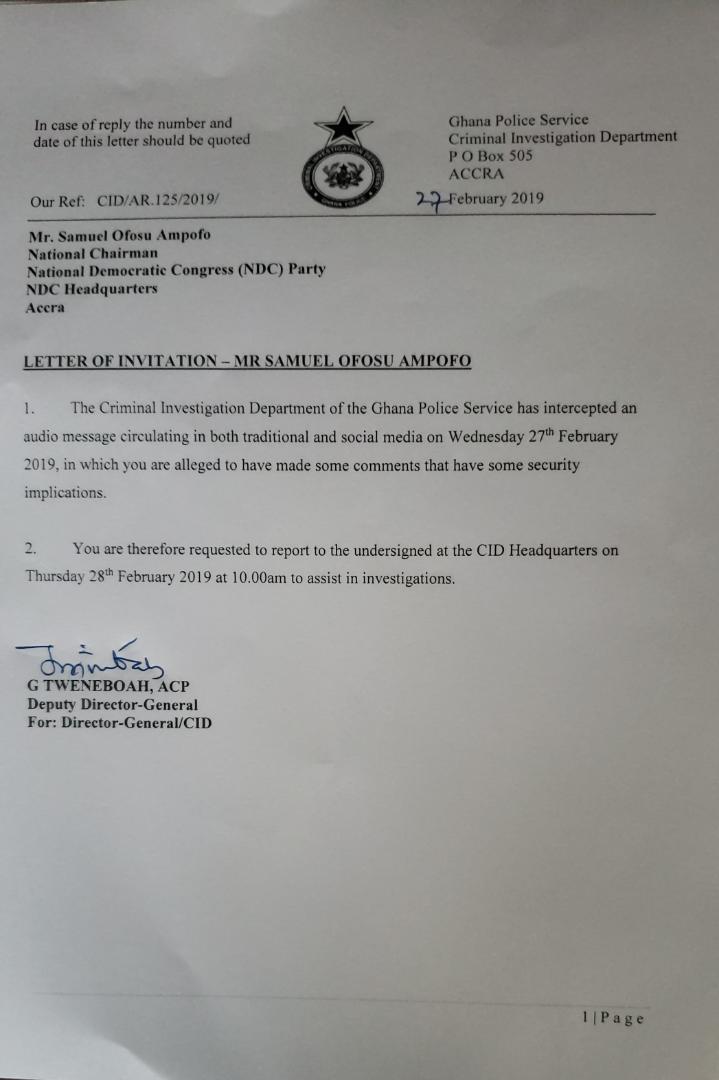 Mr. Ofosu Ampofo outlined plans to match up against groups from the governing New Patriotic Party ahead of the 2020 elections.

His plans also included verbal attacks on the Chairperson of the Electoral Commission, Jean Mensa to the cleaners and the Peace Council Chairman, Professor Emmanuel Asante.

The New Patriotic Party (NPP) has called for the resignation of  Samuel Ofosu Ampofo over the matter.

The NPP’s  Communication Director, Yaw Buaben Asamoa said the party is working with the police to investigate the issues raised in the tape.

He told reporters the authenticity “ will be established as we go along.”

But he was adamant that “the [NDC] chairman should resign.”

As things stand now, Mr. Buaben Asamoa insisted that the NDC had lost some moral standing.

The National Democratic Congress (NDC) has dismissed the leaked audio attributed to the Chairman of the party, Samuel Ofosu Ampofo in which he was making explosive comments.

According to the party, the tape was doctored by the opposition New Patriotic Party (NPP) to divert attention from the upcoming investigative documentary by Anas Aremeyaw Anas that exposes some corrupt government officials.

In a statement on Wednesday, the NDC described the audio recording as a “mischievous”, “vile and fraudulent,” piece that must not be given attention.

“We are not surprised about this act of desperation on the part of the ruling NPP. In the wake of an impending damning expose by ace investigative journalist, Anas Aremeyaw Anas, in which key officials of the Akufo-Addo government have been caught on camera receiving bribes in order to compromise government’s so-called fight against illegal mining, the NDC can understand government’s restless desperation to divert public attention with this rather vile and fraudulent audio recording,” the statement said.