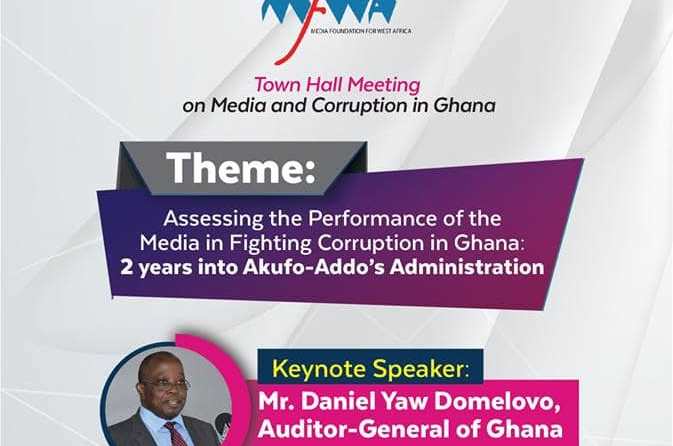 The Foundation for West Africa (MFWA) in partnership with Citi FM will host the Auditor-General of Ghana, Daniel Yaw Domelevo, at a town hall meeting on media and corruption today, Tuesday, February 12, 2019.

The event will be held at 3:30 pm at the Coconut Grove Regency Hotel in Accra, Ghana.

The town hall meeting will bring together media experts, journalists, civil society organisations (CSOs), government representatives and the diplomatic corps to deliberate on the media’s role in fighting corruption.

The theme for the event is “Assessing the Performance of the Media in Fighting Corruption in Ghana: Two years into Akufo-Addo’s Administration.”

Mr. Daniel Yaw Domelevo, the Auditor-General of Ghana, will deliver the keynote address at the event while other experts share perspectives on the theme in a panel discussion. 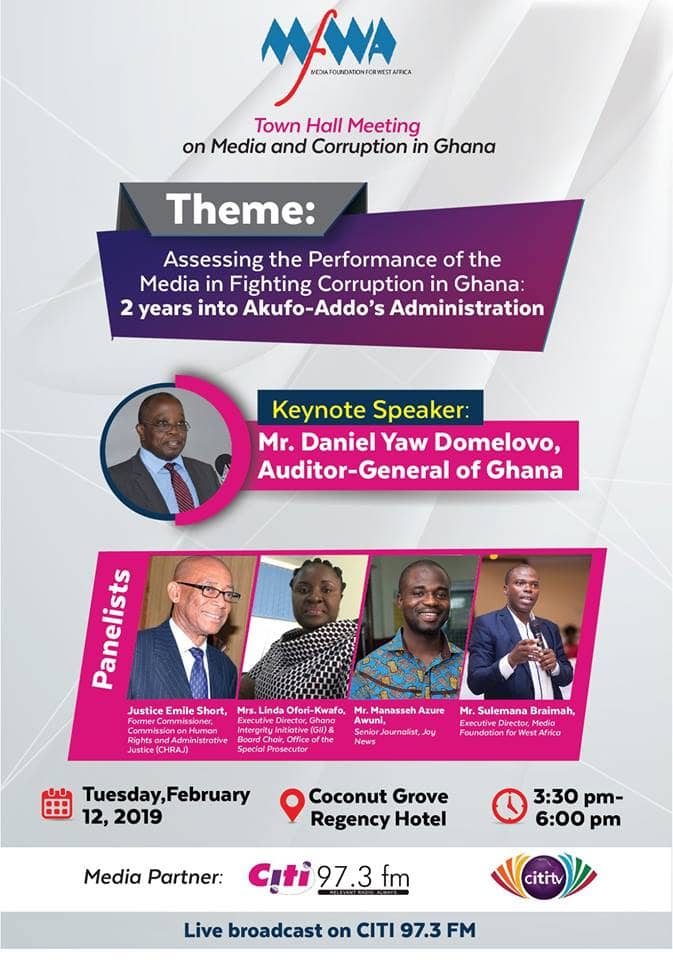 Over the years, Ghana has consistently scored low marks in the annual Corruption Perception Index, evidencing the presence of corruption in the country.

Two years after his election as President, Sulemana Braimah said: “it is important to evaluate the Akufo-Addo government’s delivery on these promises.”

“It is equally essential to assess the performance of the media with regard to its constitutional mandate to hold duty-bearers and public officials accountable,” he added.

The meeting will make key recommendations on how the media can effectively sustain the campaign against corruption in the country.

The town hall meeting will be live on Citi 97.3 FM.

The event forms part of Media Foundation for West Africa’s programme on Media and Good Governance and is organised with support from the William and Flora Hewlett Foundation.