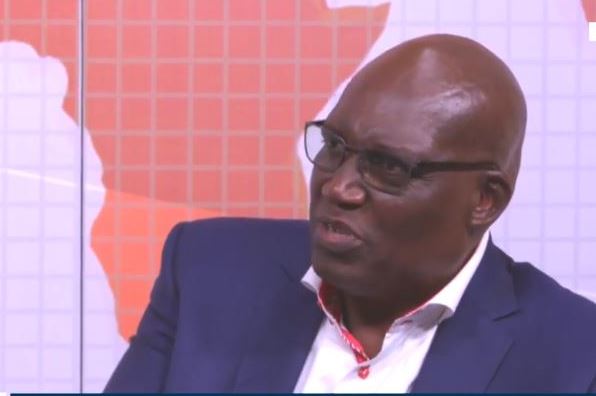 The Chief Executive Officer (CEO) of Dalex Finance, Ken Thompson says emphasis must be placed on Ghana’s productive sectors to help halt the depreciation of the cedi.

Mr. Thompson has long held that Ghana needs to allow the cedi to reach its true value which he pegged at GHc 6.

Since January 2019, the cedi has depreciated against the dollar from GHc 4.9 to over GHc 5.

The performance of the cedi against major trading currencies is always a major policy issue between the National Democratic Congress and the New Patriotic Party, especially around elections.

Importers in the country have also complained that the falling cedi has affected their businesses.

The cedi has consistently depreciated since its redenomination in 2007. It was one cedi to a dollar at the time.

Amid the renewed concerns over the local currency, Mr. Thompson stressed the need to focus on reducing imports.

“All I know is that we import everything and export very little. Over 75 percent of the containers that come into this country go back empty. That is what we should be talking about.”

He said on the Citi Breakfast Show that: “we need to produce. What makes me very very sad is that all we are doing is carrying the jobs away from this country to other countries.”

Mr. Thompson again insisted that the country needed to “let the cedi reach its true value [so we can] correct our behaviour.”

In addition, attention must turn towards improving Ghana’s industrial and agriculture sectors when the cedi is in distress because “so long as we import everything, the cedi will fall,” he added.

Buttressing his point with an example, Mr. Thompson said if even 30 percent of the money used in attempts to stabilise the cedi had been pumped into agriculture, “by now we would have been self-sufficient in at least rice.”

The ADI has called on the Ministry of Finance and the Bank of Ghana to issue a $2 billion bond to expand agriculture production for long term commodities.

This bonds could be preferably be sourced from both the local and international markets.

Ghana is said to spend over U$2 billion every year importing food.

It imports over a billion dollars of rice, $ 320 million of sugar, and $374 million of poultry.