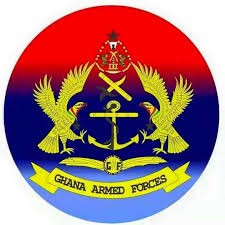 A military officer (WO 2), Gladys Duffour, is under investigations by the Ghana Armed Forces and the Police service over her involvement in the operation of a Ponzi scheme known as Emmanuel Investment.

There were reports by both traditional and social media suggesting that the military high command had not responded to reports that a military officer allegedly defrauded her colleagues and the public.

The woman is said to have taken thousands of Ghana cedis from her victims.

The said report further alleged that some soldiers who invested their life savings, salaries and proceeds from peacekeeping missions had not recouped their investments since October 2018.

However, a statement signed by the Director of Public Relations of the Ghana Armed Forces and sighted by Citi News indicated that the command is collaborating with the Police to ensure that justice is served.

“The Police are still continuing with the investigations in collaboration with other state investigative bodies. The Military Police is also closely monitoring the investigations. It is therefore false for anyone to allege or insinuate that the military hierarchy is condoning wrongdoing in the barracks.

The Military High Command wishes to assure the general public that under no circumstance will it condone any unprofessional conduct by any member of the Ghana Armed forces. The situation in the barracks is calm, and there is no tension as being alleged by the audio.”

This development comes days after the Economic and Organised Crime Office (EOCO) indicated that it had saved more than 9,000 customers from losing their investments with three financial institutions which were allegedly operating ‘Ponzi’ schemes.

The companies, whose names have been given as Wealth Drive Ghana Limited, Global Coin Help Limited and TCL Market Ghana Limited, had pledged to pay interest rates of between 10 and 30 per cent on the deposits of their customers.

For operating without licences, the three companies have been arraigned for prosecution.

He said so far the agreed payment plan with the customers was strictly being adhered to.

But some customers of troubled cryptocurrency company, Global Coin Community Help, have denied agreeing to a payment schedule with the company.

A spokesperson for some aggrieved customers of Global Coin Community Help, Solomon Anderson, told Citi News that EOCO was rather working against them.

“I can say on authority that EOCO has not contacted us the customers of Global Coin Community Help. We have not agreed on any payment schedule. We sent a petition to EOCO in October last year, we attached our telephone numbers and up to now, we haven’t heard from EOCO. Because they were putting up some attitude, we filed a case at Koforidua, and the judge ordered GCB and First Atlantic Bank to pay us, only for EOCO to turn around to freeze these accounts,” he said.