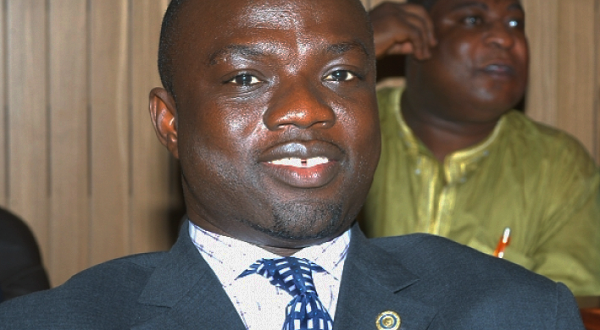 The wife of the late Member of Parliament for the Abuakwa North constituency, Joseph Boakye Danquah-Adu has once again expressed disquiet over the delay in the prosecution and conviction of persons responsible for the murder of her husband three years after the dastardly act.

She said the country is rather gambling with the matter.

In a lengthy Facebook post on Saturday, exactly three years after an unknown assailant took the life of her husband at their Shiashie residence in Accra, Ivy Danquah-Adu indicated that she has suffered abuse and harassment from many people including police officers expected to be investigating the matter.

Exactly three years ago today, my husband, JB Danquah Adu, MP; DIDN’T DIE. He was brutally assassinated in barbarous tudor fashion. Three years on, there’s neither a sign of justice for him, nor for my children and I.

36 months after JB’s murder, Ghana is still playing “Ludo” & “Oware” or perhaps “chacha” with the matter. Between then and now, I have been harassed and threatened by family, citizens & police alike. I have had jesters amongst his peers call me names and cast aspersions at me; perhaps out of fear of their own dark shadows!, she wrote.

In her post, she cited the trial and eventual sentencing of Thomas Mair within five months after he was found to have murdered British politician Joe Cox in June 2016, noting that the swift prosecution of that case was far from the case of Ghana where after 36 months herself and her children are yet to get justice for the murder of Mr. JB Danquah-Adu.

“Jo Cox, MP, was also brutally assassinated by shooting and stabbing in London on June 16, 2016; four months after JB. Before end of November, Thomas Mair, her assailant had been tried and sentenced to life imprisonment. Of course, it didn’t bring her back but I bet my last Pesewa that it’s gave her family a certain measure of closure and relief from their grief. They can go to sleep every night knowing that the country she served had served her too by giving her justice. They can recount or tell the story of her life with a conclusion. It took five months. FIVE MONTHS, for the British police & judiciary to do right by their MP. I’m afraid that’s far more than I can say for Ghana.”

She said some officers of the CID sexually harassed her during their investigations.

She said in one of her meetings with officers of the CID at the Police Headquarters in Accra; an officer asked her if she wears waist beads, a question that was completely unrelated to the subject of the investigations.

She added that one of the top officers, a married man, who sat in that meeting once called her on the phone and tried to convince her to marry him.

“I have been summoned to the Police HQ on countless occasions and subjected to what I would casually describe as “the act of scrubbing a fresh wound with Himalayan rock salt” and topped up with a million and one questions including, to my shock, a very gleeful “so madam do you wear waist beads?” in a meeting room populated by a men only CID team who perhaps thought it was their birthright to get familiar with what’s in every woman’s underwear!”

“And if you think that’s inappropriate, try that Sunday morning when one of those men; a man at the helm of investigating my husband’s murder, thought it sensible to muster the sheer unadorned temerity, call me and tell me how beautiful / sexy he thinks I am and give me reasons why I must marry him; an already married man. Yes, he had the audacity… and this was the head of a certain significant unit at the CID… and I’m supposed to trust that they did a great job? May God forgive him,” her post said.

In 2017, during a ceremony to observe one year of the MP’s death, Ivy Danquah-Adu said the delay is akin to injustice.

Two suspects are standing trial over the case – the key suspect pointing accusing fingers at New Patriotic Party (NPP) elements for the murder.

Meanwhile, the Judge presiding over the murder case has had the cause to complain over the delay of state prosecutors in the case.

Ariet Nsomoah, who expressed worry about the matter, said the undue delay in the commencement of the committal process for the suspects accused of killing J.B. Danquah-Adu is an infringement on the rights of the persons who are currently in the custody of the state.

Two days after his murder, the Accra Regional Police Command, led by COP Dr George A. Dampare, led an operation to arrest a suspect who allegedly confessed to committing the crime.

The main suspect, Daniel Asiedu, said in court on Wednesday that he was contracted by some elements within the governing New Patriotic Party (NPP) to kill the legislator.

He said the second suspect, Vincent Bosso knows nothing about the killing.

“I have now given my life to God; I want to tell the truth so that the MP’s family will forgive me,’’ the suspect added.

He however said he could not remember the names of the persons who contracted him to kill the MP but he wrote it in his statement with the police.

Total U-20 AFCON: Ghana loses 1-0 to Mali to exit tournament