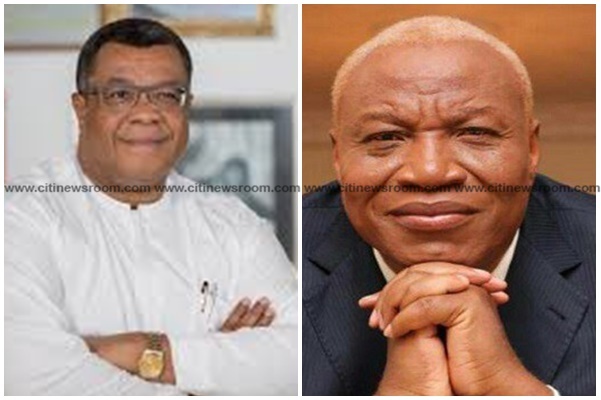 Presidential aspirants of the opposition National Democratic Congress (NDC), Joshua Alabi and Goosie Tanoh,  have both condemned Thursday’s violence that characterized the by-election at the Ayawaso West Wuogon Constituency.

The two, who are seeking to lead the NDC in the 2020 election, blamed the New Patriotic Party  (NPP) for the ‘attacks’,  describing the actions of the governing party as an affront to the country’s democratic credentials.

[contextly_sidebar id=”7AHMFtvt4j92q1ef9Xj6uikiehBebSiz”] The two main political parties traded accusations in the aftermath of the incident, saying the other party orchestrated the tensions which marred the election.

But in separate statements, the NDC presidential hopefuls maintained that it was time for the NPP government moved to end such brutalities.

Joshua Alabi accused government and the security agencies of deliberately using violence as a means of intimidation to gain political power.

“The Ghana Police Service owes itself a duty to explain the use of such an unknown unit in a by-election of this sort, investigate the horrendous crimes committed today and prosecute the culprits in no time. While I lend my support to the national leadership of our party as they address these matters through democratic means, I wish to call on party supporters to be resolute and not be intimidated by persons who believe that the only way to win political power is to deploy force and violence.”

“The use of violence in elections and within the conduct of any democratic exercise cannot and will not be countenanced in the run up to the 2020 general elections. The government and all state institutions mandated to maintain law and order must remain loyal to our sacred Constitution and rid our politics of all forms of violence, he stressed.

Goosie Tanoh also expressed shock at the government’s failure to deal with challenges of the country’s security apparatus although it has constantly given assurances.

He, therefore, wants the government to prove its commitment by bringing the perpetrators of the violence to book.

“These NPP militias have been involved in many violent and unlawful acts since the Akufo-Addo administration assumed office including attacks on the judiciary and the Security services.  So far, they have acted with impunity despite promises by H.E the President to bring them to heel. They represent a threat to our politics, our constitution and our civilisation.  It is ironic that the same NPP that today is presiding over violent attacks on the electoral process in Ayawaso is anxious to claim credit for recent progress in resolving the [Dagbon] crisis.

“We must demand the identification, arrest, trial and punishment of the perpetrators of today’s political violence; the dismantling of all militias and vigilante groups and an effective state monopoly on fire arms; and the expulsion from our security services of all the so-called “Party Police”, Goosie Tanoh insisted.

”No one can beat us in unleashing violence – Mahama warns NPP

John Mahama has responded to the eruption of violence during the Ayawaso West Wuogon by-election with a reminder of the NDC’s own capacity for violence.

The former President said his party was prepared to advise itself after one person was shot and others injured during some confusion at the La Bawaleshie Presby School polling centre.

Speaking to party supporters in Adaklu, Mr. Mahama said: “the NPP is taking this power as a matter of life and death.”

Out of respect for the constitution, he said the NDC had been acting docile but is ready to revolt if the perceived intimidation from the government continues.

“We respect the constitution of this country and NDC is a democratic country, and that is why we abide by the rules of the constitution. But the same constitution says that Ghanaians should resist anybody who attempts to subvert the constitution and when you go rampaging with forces and intimidating people when they come out and vote, you are subverting Ghana’s constitution, and we have the right to resist you.”

He also said they were ready to face the NPP in 2020 if the government doesn’t take steps to protect them.

After the NDC had pulled out of the race citing the violence, the governing New Patriotic Party (NPP) at a news conference said the violence was orchestrated by the opposition National Democratic Congress, NDC, to discredit the election.

NPP’s Director of Communications, Yaw Buabeng Asamoah, said: “this is a hugely orchestrated attempt by the NDC because they knew from the beginning that they were going to lose.”

Mr. Asamoah, who doubles as the MP for Adentan said their conviction is further strengthened by the fact that the Member of Parliament for Ningo Prampram, Sam George, who claimed he was shot, sustained no gunshot wounds, but is still alive and kicking.

The Ghana Police Service which denied reports that someone had died over the incident, has said it is investigating the incident thoroughly.