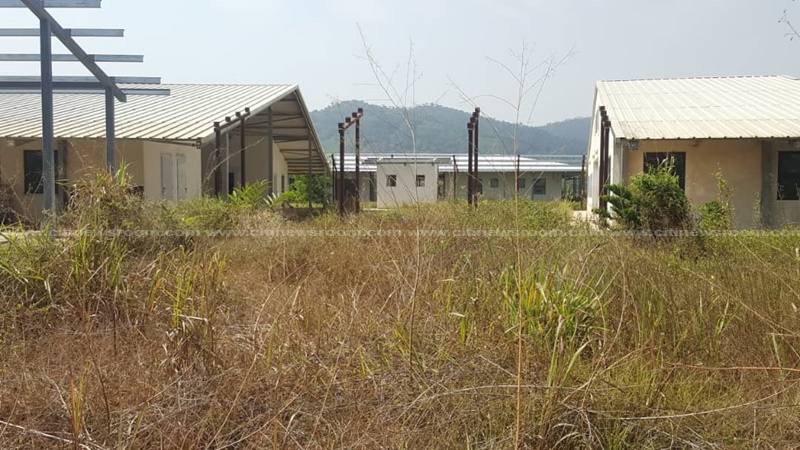 The government has missed the deadlines for the completion of four (4) key hospitals listed in the Citi FM/Occupy Ghana petition on Ghana’s healthcare infrastructure and emergency response system.

After months of airing special reports on a list of abandoned hospitals and other health facilities, Citi FM and pressure group Occupy Ghana petitioned the Office of the President of Ghana for answers.

The petition, sent in July 2018, received a detailed response from the Office of the President in August 2018.

The response outlined the status of the twenty-one (21) facilities listed, the reasons why they had been abandoned, actions being taken to ensure continuation and completion.

In addition, specific deadlines were given for some of the key facilities.

[contextly_sidebar id=”j3uHFaYveibZ8pM4cC3misuEY72beVYX”]Six months later, Citi News can report that four of the hospitals have already missed their deadlines with quite a number of significant works yet to be done to make them fit for use.

Four others, which are expected to be completed between April and August 2019 appear likely to miss their respective deadlines.

The Upper West Regional Hospital in Wa which was scheduled for completion in October 2018 has missed its completion deadline by four months.

Citi News’ latest checks revealed that technicians who were supposed to be engaged to fix key essential equipment had still not completed that component of works for the facility to be commissioned.

Construction of the Madina District Hospital has also not been completed after its November 2018 deadline.

In addition, the Tepa and Nsawkaw District Hospitals have also missed their deadlines of December 2018 and January 2019 respectively. 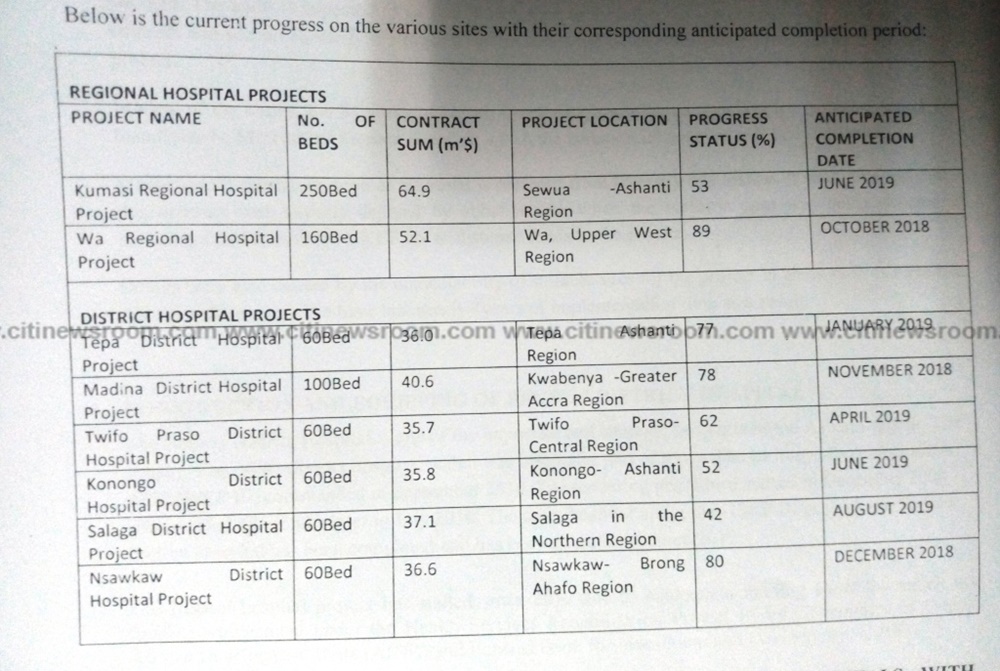 Visits to the Twifo Praso hospital, Kumasi Regional hospital, Salaga district hospital, Fomena District Hospital and Konongo district hospital have revealed that there is little or no commitment to continue work on them. Some of the facilities have been taken over by weeds and rodents.

It remains unclear if the government will announce new timelines for the competition of those projects whose deadlines have been missed.