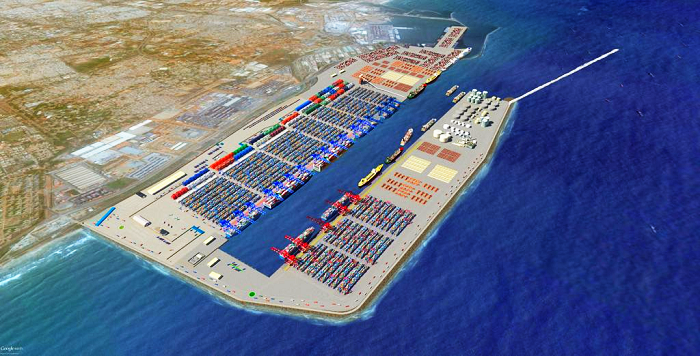 Players in the shipping business have begun mounting pressure on the government to review the contract details of the US$1.5 billion Tema Port Expansion project.

They contend that the implementation of the agreement in its current form will lead to a reduction in the container-related businesses of the Ghana Ports and Harbours Authority from US$105 million to US$30 million. It will also result in over 1,400 job losses.

The players led by the National Executive Council (NEC) of the Maritime and Dockworkers’ Union (MDU), said the concession granted Meridian Port Services (MPS) to construct a new Container Terminal in the Tema Port did not follow due process.

[contextly_sidebar id=”7UzQ9sNoAfQn8dJ4KjrVTJ6aQ4zb1x9h”]The council was of the opinion that as a result of what they described as the unwarranted political interference, the concession agreement did not go through competitive bidding before it was forwarded to Parliament for ratification.

These reservations came to the fore at the resolution of the 63rd session of the National Executive Council (NEC) meeting of the Maritime and Dockworkers’ Union (MDU).

The meeting further discussed the policies of the government that had resulted in increasing job losses in the maritime industry, as well as casualisation of permanent jobs in the ports.

Ambitious project
The project, a public-private partnership between the GPHA, representing the Government of Ghana and MPS, involves an upgrade and significant expansion of Ghana’s main seaport.

Successful completion of the project is set to fundamentally change Ghana’s position in West Africa’s maritime industry by effecting an increase in trade flow and improvement in transport links across West Africa.

Although the MDU lauded the initiative, it argued that the implementation of the agreement in its current form would lead to a reduction of GPHA’s container-related businesses from US$105 million to US$30 million with a resultant loss of over 1,400 jobs for GPHA alone.

The Council notes with deep concern that the implementation of the agreement in its current form will lead to the collapse of businesses of Stevedore companies, Inland Container Depots (ICDs), Ghana Dock Labour Company (GDLC), Terminal operating companies among others. These could lead to massive job losses in the maritime sector.

The council notes that since the operations of the new container terminal will be a semi-automated one, there will not be substantial job creation to absorb the huge job losses for GPHA and other affected companies.

It, however, expressed the view that the tax waiver for the concession agreement of the container terminal, which is over US$800 million, is too high when considered against the investment cost of US$1.5 billion, which has reduced to about US$1.1 billion after revaluation.

While commending the government for the introduction of the paperless system and automation at the ports, which has so far helped in reducing the time and cost of clearing goods at the ports, it warned that the initiatives must not lead to job losses.

The council expressed the strong opinion that machines and technology must not take over the jobs of workers and that there should not be automation without negotiations.

The GPHA, for instance, have had reason to dispute with MPS over the contract details of the new port, prompting the GPHA to petition the Presidency for direction.

The dispute, which started last year, borders on three issues — the stake of the GPHA in the project after completion; which institution (the GPHA or the MPS) should be given the right to determine and impose tariffs, and how long the MPS should be allowed to manage the facility before transferring it to the GPHA.