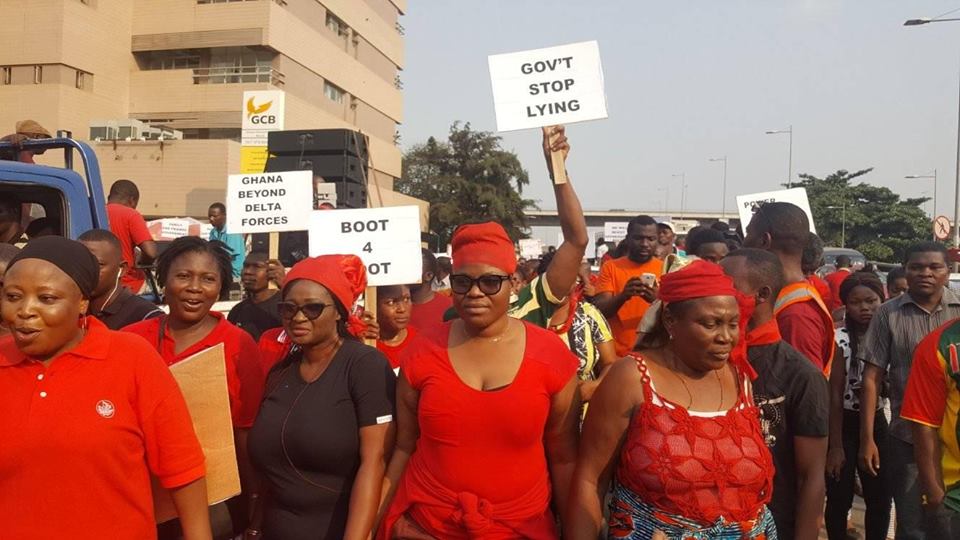 Many leading members of the opposition National Democratic Congress (NDC), on Thursday, joined hundreds of Ghanaians to protest the state of insecurity in the country.

The protest, convened by Bernard Mornah, the National Chairman of the People’s National Convention (PNC), was christened ‘aagbe wↄ’, Ga for ‘they are killing us.’ 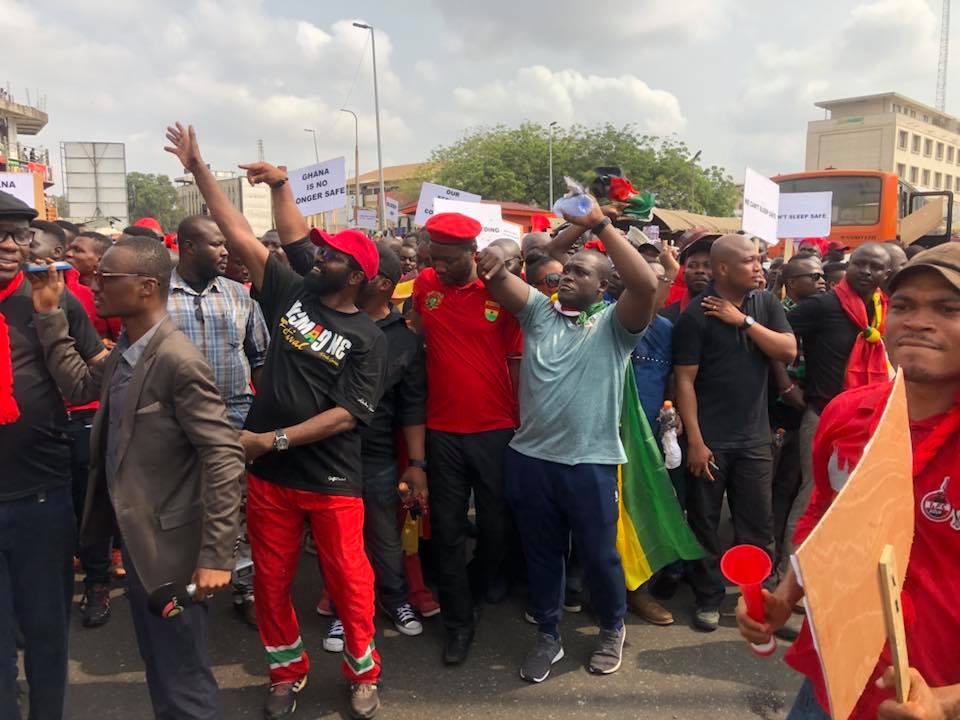 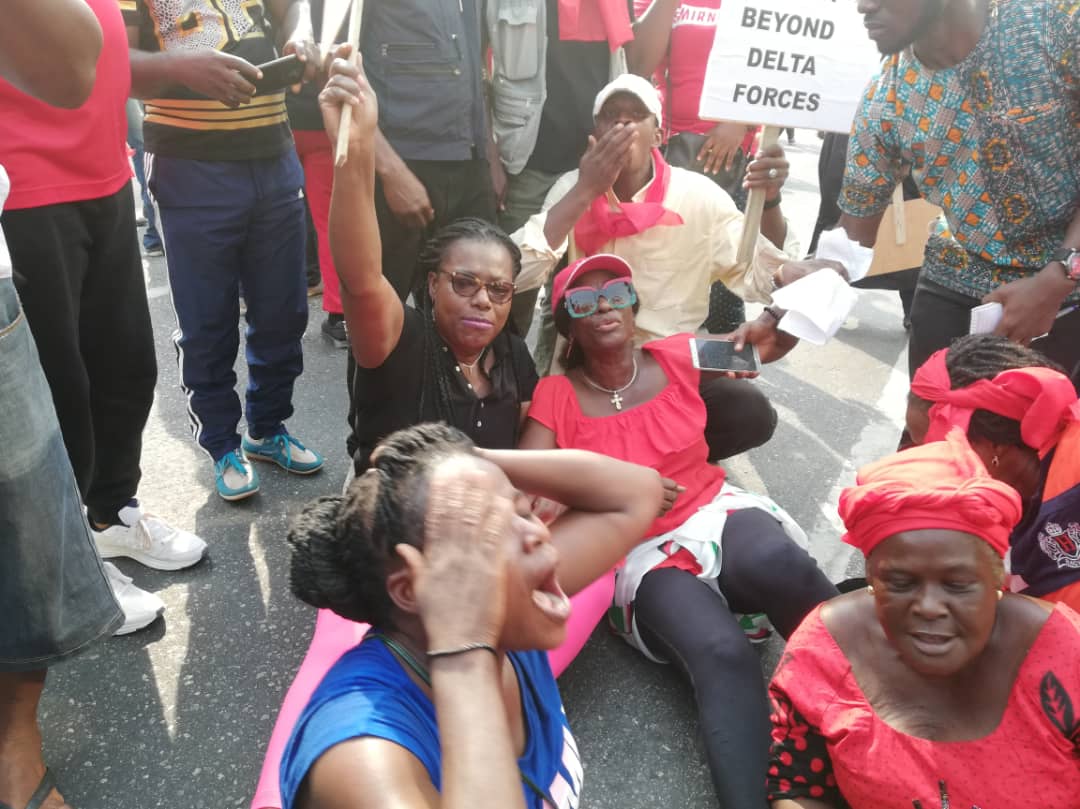 The protestors were clad in red and black and held placards with inscriptions such as “Ghana beyond Delta Forces’, ‘Bloody MP’, ‘Ghana beyond violence’, ‘Bryan is evil’, ‘family and friends government’, ‘Boot 4 boot’, ‘Ghana is no longer safe’, ‘IGP must go’ among others. 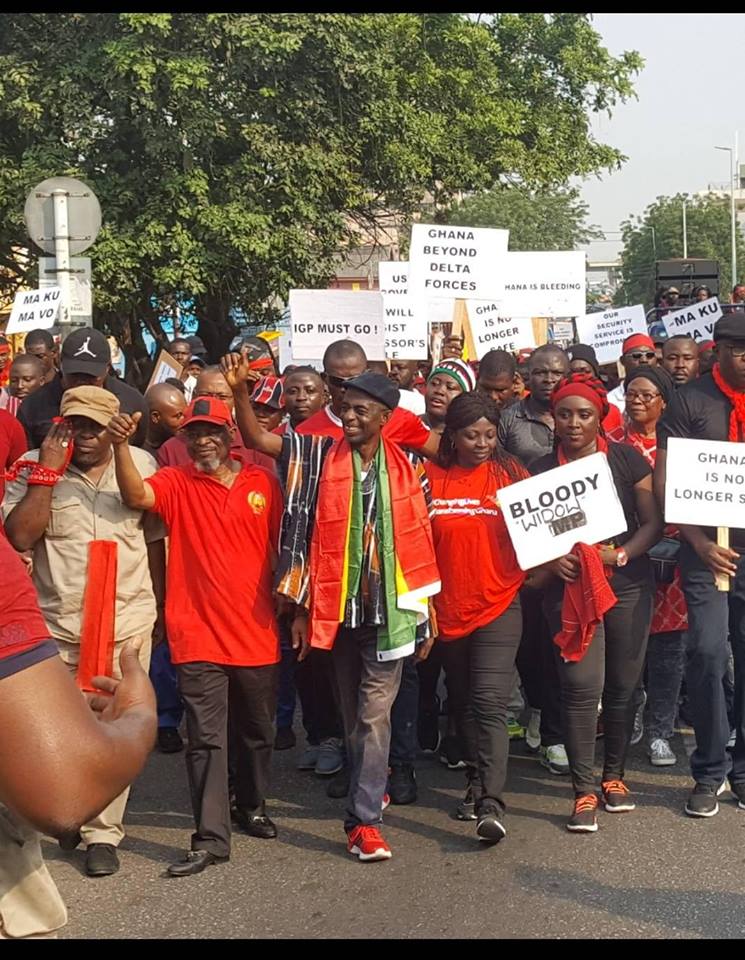 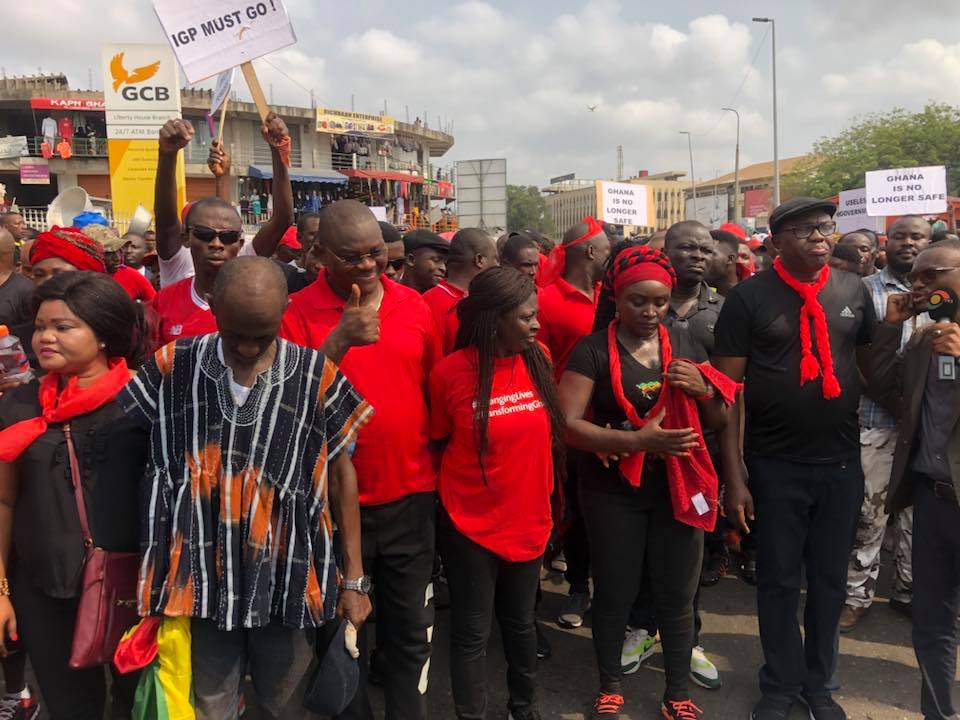 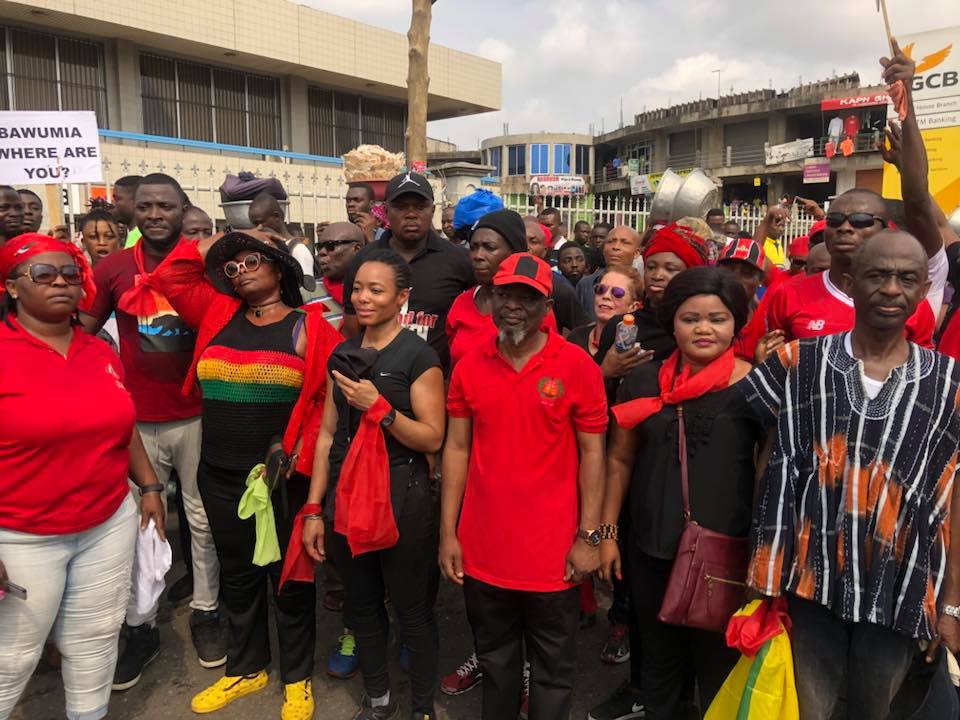 Most members of the NDC may have been encouraged to join in the protest after the former president and flagbearer hopeful, John Mahama endorsed the demonstration and urged the party folks to join and actively participate in it. 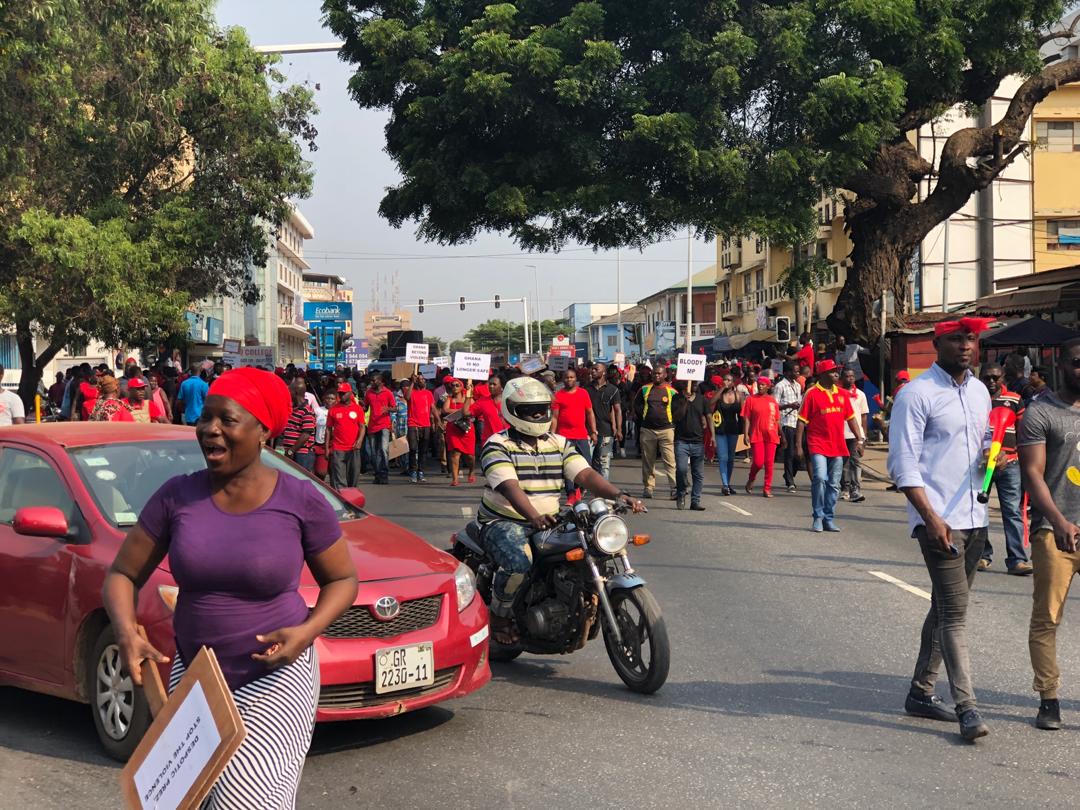 Playing the ostrich with rape culture in Ghana [Article]

Playing the ostrich with rape culture in Ghana [Article]