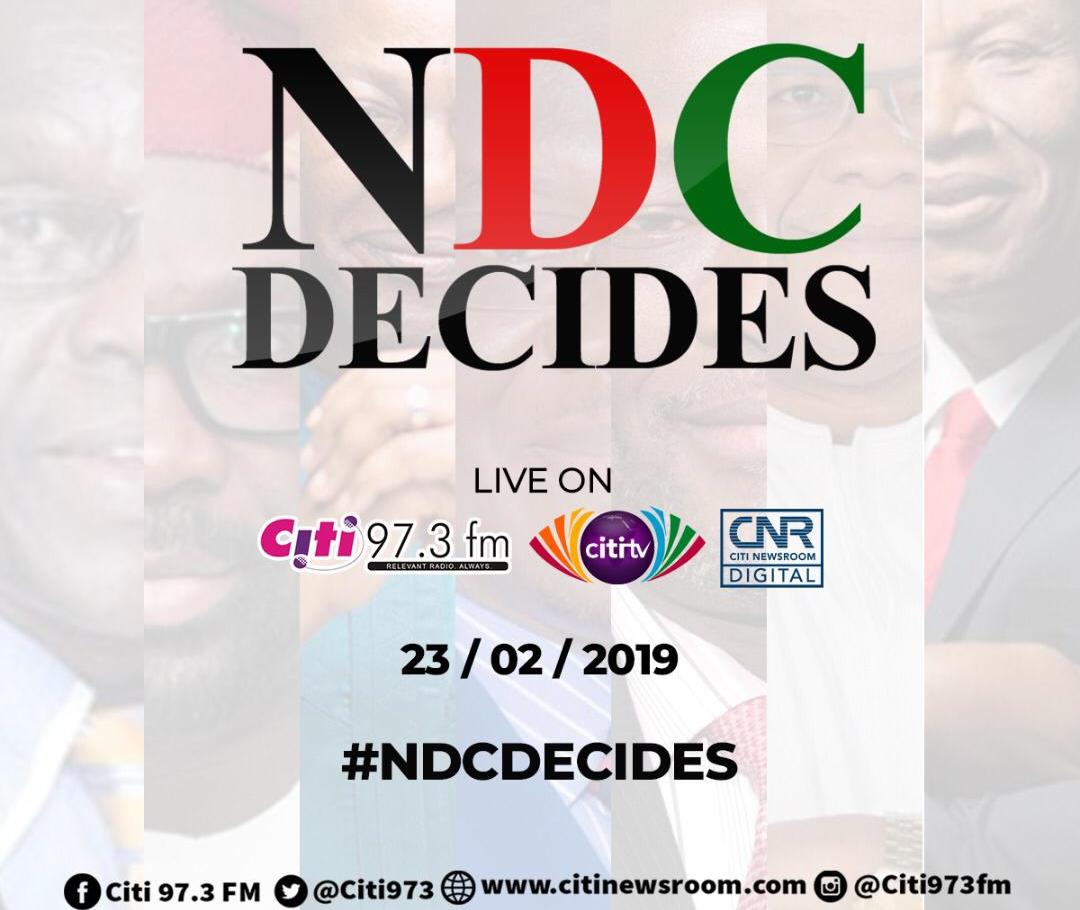 The National Democratic Congress (NDC) will today hold its presidential primaries to elect a presidential candidate who will represent the party in the 2020 general election.

The election will take place in all the constituencies nationwide under the supervision of the Electoral Commission.

Almost 280,000 delegates of the NDC are expected to cast their ballot in the election.

All set for primaries

The National Organiser of the NDC, Joshua Akamba indicated on Eyewitness News that all is set for Saturday’s primaries.

“The ballot papers have been sent to the grounds, and everyone is ready for tomorrow’s elections. I’m sure that by 9 pm tomorrow we should have the results from the Presidential primary,” Mr. Akamba said.

Mr. Akamba further indicated that the “ tallying up of the votes tomorrow would be left entirely to the EC, but the candidates will have their representatives [at the EC head office in Accra] who will also tally their scores.”

Alabi alleges irregularities ahead of primaries

An aspiring flagbearer of the opposition National Democratic Congress (NDC), Joshua Alabi had earlier alleged some irregularities ahead of the primaries.

He said his team has evidence that some seals on bags containing election materials have been broken.

“The seals on the bags were broken,” he said on Eyewitness News on Friday.
On whether he would withdraw from the race over the irregularities, Joshua Alabi said: “we are going ahead with the election.”

In a separate statement, Joshua Alabi’s team among others accused some regional election directors of turning a blind eye to the alleged compromised process.

“The Prof. Joshua Alabi Campaign Team has with a heavy heart observed that the processes leading to tomorrow’s NDC’s contest in search of a flag bearer to lead the National Democratic Congress into the 2020 presidential election has been grossly compromised ahead of the contest. Seals of the seven aspirants that of the EC and the NDC affixed to the bags containing the ballot papers were broken before they arrived at the various destinations in the regions.”

He said his team spotted such discrepancies in the Ashanti and Central regions.

Mr. Akamba, however, denied such claims, saying he was shocked by reports that some seals on bags containing election materials had been broken ahead of the party’s primary.