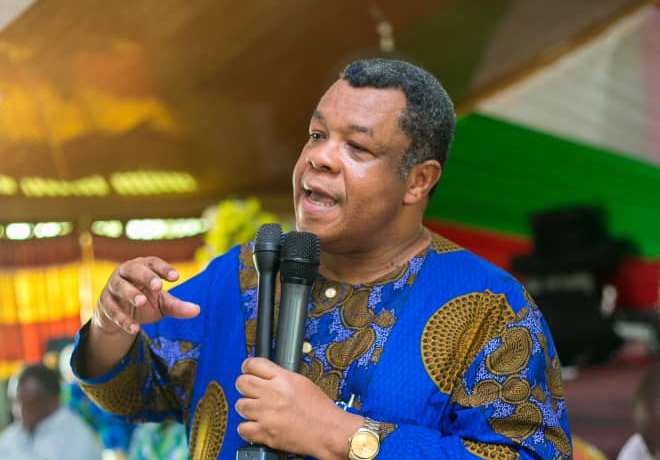 The Goosie Tanoh Campaign Team is demanding the immediate halt of the printing of ballot papers for the National Democratic Congress (NDC) upcoming presidential election.

Though the NDC said it had re-looked at its guidelines after for the polls and gotten approval from the National Executive Council for the finalized guidelines following an earlier petition, the agitations have not died down.

[contextly_sidebar id=”hXDKOF7UMhgDM0ST4x4TbjjOWQycyprE”]The election is scheduled for February 23, 2019, but the Goosie Tanoh’s team says the party has failed to put in place the systems and structures for the redress of grievances.

The Communications Director for Goosie Tanoh, Abdul Nasser Alidu, who is also a member of the NDC’s Joint Technical Committee set up to clean the register, outlined some concerns to Citi News.

“How many ballots are you printing? If you want to have agents in there, what exactly are the guidelines governing how they are going to monitor the ballot papers?”

Mr. Nasser Alidu also noted that his team was not even privy to the number of the primary.

Ahead of these concerns, some agents of some flagbearer aspirants petitioned the NDC’s Elections Committee and raised concerns having to do with the cleaning of the party’s electoral register.

Some six aspirants of the party had earlier petitioned the party, demanding a review of the guidelines for the upcoming election.

The six had previously raised issues with the electoral register and the choice of printing firm for the ballot papers.

The six aspirants had said the party should award the contract for the printing of the ballot papers to a trustworthy firm such as the Assembly Press, to ensure that some of the irregularities that rocked the party’s national executive election held in November 2018 do not re-occur this time around.