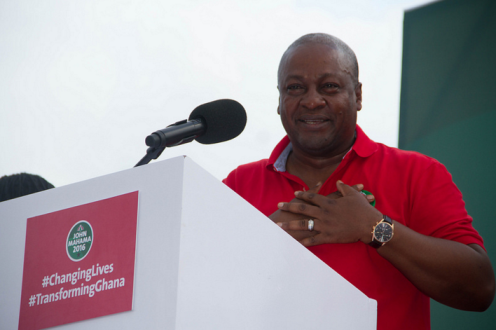 Six presidential aspirants in the National Democratic Congress (NDC) primaries have conceded defeat ahead of the official declaration of the results.

The aspirants say, results that have trickled in so far is indicative of the overwhelming endorsement of the Former President; and there are no qualms whatsoever.

John Mahama at the end of the NDC’s primaries on Saturday polled an overwhelming 213,443 votes representing 95.24% of the total valid votes cast with the other six contenders managing with about 4%.

“Initially I thought I was going to win, but I have called the former President to congratulate him for the exceptional performance and to declare our support to win the 2020 election. I was disappointed but I am okay because once it is an internal election, the bottom-line is to ensure that we support that person and make sure we win 2010 election to liberate Ghanaians”, businessman Nurudeen Iddrisu said in a Citi TV interview.

On his part, the former Vice-Chancellor of the University of Professional Studies Accra (UPSA), Prof. Joshua Alabi said he has extended his hearty congratulation to the former President after his obvious victory.

“The results indicate that the Former President has won. I have called and congratulated him.”

“Even though we have spoken about infractions, the outcome of this election means that it will be difficult to attribute anything to infractions. At this moment there is a clear winner with 95 percent; this is significant and it is just proper to close shots and move on so I have spoken to the Former President to congratulate him”

The former Trades and Industry Minister in the Mahama government, Ewkow Spio-Gabrah in a post on Facebook, congratulated John Mahama with the hope of winning the 2020 general elections in a collectivized manner.

In a separate statement Mr. Spio Gabrah said, I have taken note of the provisional results being declared by the Electoral Commission around the country in respect of the NDC Flagbearership race as well as the outstanding performance by former President John Mahama. I wish therefore to congratulate President John Mahama’s performance on this resounding victory and to wish the NDC family a period of renewal, regeneration and unity leading to victory in 2020. As we prepare collectively towards election 2020, it is my hope that the various campaign teams in this flagbearership contest can become fully integrated into an effective fighting force ahead of the next general elections. 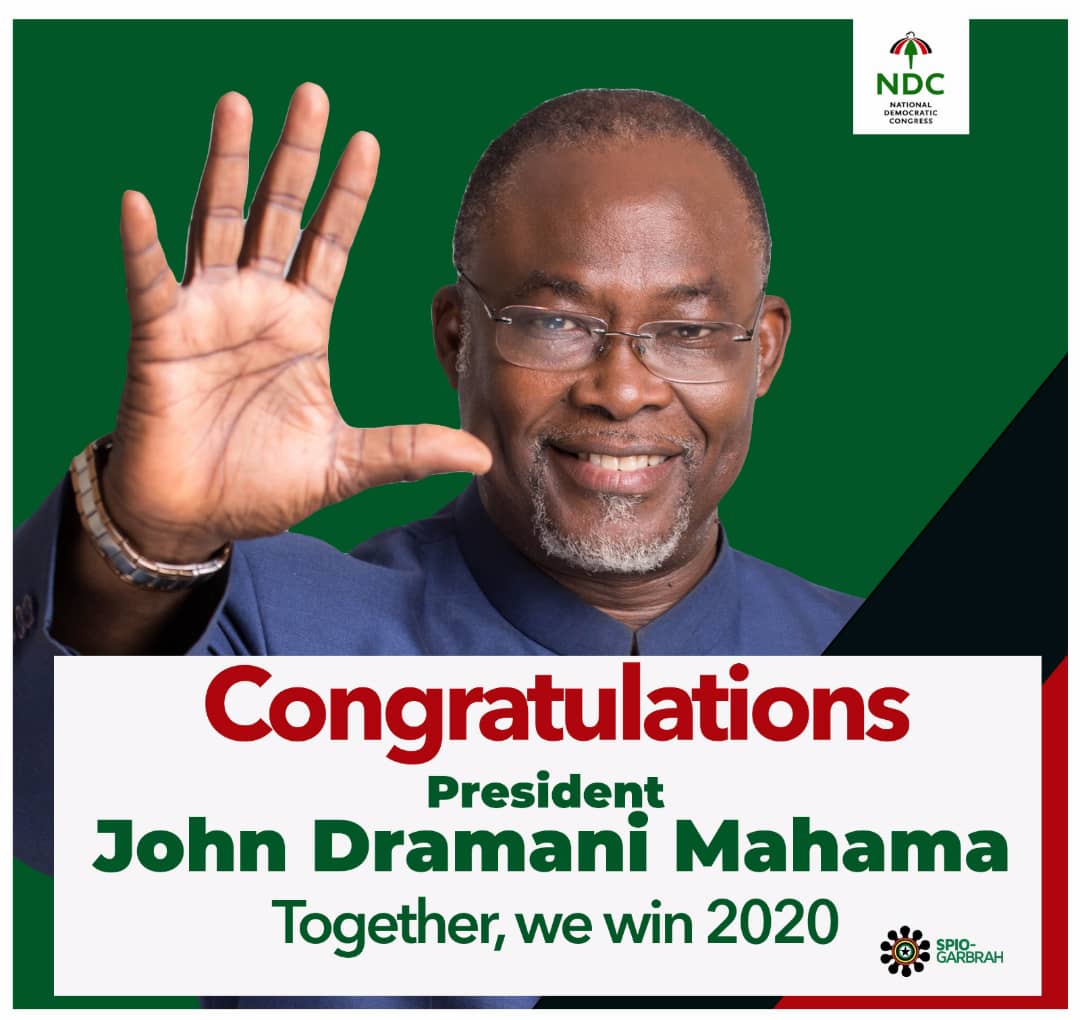 “I once again congratulate the John Mahama campaign team and look forward to the Party’s victory in 2020.
Our journey still remains Forward, the statement added.

Goosie Tanoh, founder of the Reformed Party, a breakaway from the NDC came fourth with 2038 votes respectively representing 0.909%.

The former Trades and Industry Minister in the Mahama government, Ekwow Spio Garbrah received 1457 votes which represent 0.650% of the total votes.

‘Nothing can stop our march to Flagstaff House in 2020’ – Mahama

'Nothing can stop our march to Flagstaff House in 2020' – Mahama