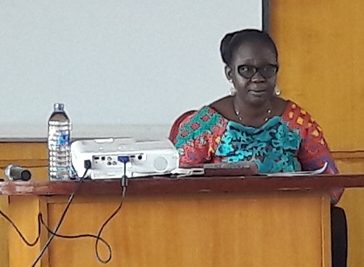 In excess of 48 percent of pregnant women in the Kumasi Metropolis, reportedly, have not to be attending ante-natal clinic sessions, leading to a rise in maternal deaths.

The Metropolitan Health Directorate says the situation has combined with other factors such as low skilled delivery supervision to cause an increase in maternal mortality in the metropolis, despite numerous interventions to stem the incidence.

Speaking at the annual performance review meeting of the directorate, she described the situation as worrying.

The number of maternal deaths seen was beyond the national target.

Dr. Mrs Omari-Sasu said everything was being done to boost efforts at bringing the figure down – working to identify and remove the barriers impeding the women from accessing ante-natal care.

She complained about the current doctor- patient ratio, which stood at 1:36,089, saying, the figure was way too high than the approved national figure of 1:13,000.

The Directorate also performed better in the establishment of Community-based Health and Planning Services (CHPS) and family planning services coverage.

Additionally, mothers initiating breastfeeding within 30 minutes after deliveries registered some success, with stunting and underweight in children under five years, also seeing a significant improvement.

Some of the programmes the Directorate undertook included vitamin A supplementation, introduction of inactivated polio vaccine (IPV).

Others were measles supplementary activities, distribution of long-lasting insecticide nets and mop up immunization exercises.

Dr. Mrs. Omari-Sasu assured that they would be working under proactive objectives with more emphasis on improving data capture from both public and private health facilities, to enhance disease surveillance and control among children under five.

Creation of more awareness on childhood immunization among frontline workers, proprietors of day-care centres and crèches, traditional leaders, religious bodies and head potters would be upped, she added.