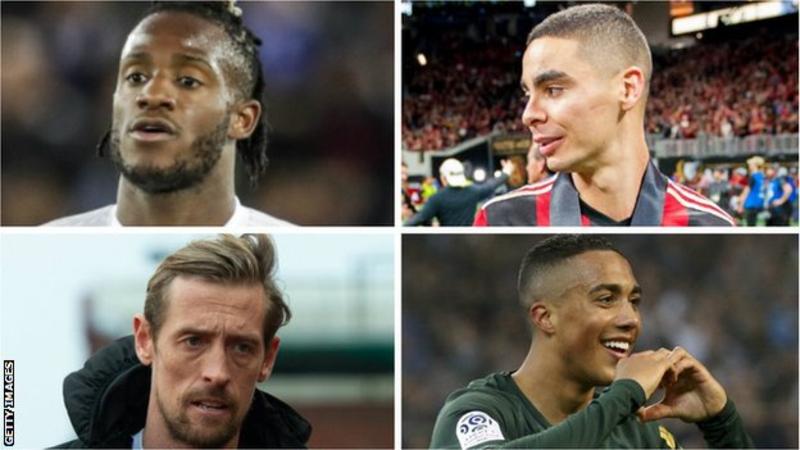 Premier League January spending fell for the first time since 2012 with a quiet deadline day capping off a relatively low-spending window.

Deadline-day and January spending were less than half of last year’s totals, with 12 deals on 31 January totalling £50m – bringing the month’s spending to £180m, according to figures from the Sports Business Group at Deloitte.

However, the Premier League was still the highest-spending league in European football in the most recent window, outstripping Italy’s Serie A by around £140m.

Wolves signed Atletico Madrid full-back Jonny Castro Otto for £15m after a successful loan spell. The next highest fee was £7m as Ante Palaversa moved to Manchester City but immediately returned to Hajduk Split on loan.

Peter Crouch will have the chance to add to his 108 Premier League goals after joining Burnley from Stoke, with Sam Vokes going the other way. Cardiff spent £4m on Reading midfielder Leandro Bacuna.

The only other Premier League signings saw Brighton recruit two youngsters and send them back to their clubs on loan.

League One Sunderland have agreed a £4m deal with Wigan for striker Will Grigg – a move which would be in the country’s 10 most expensive signings of the window if it is confirmed on 1 February.

Watford signed one player for their under-23s all month, while Brighton brought in three players – but loaned them all out to their previous clubs. Manchester City’s only signing – Ante Palaversa – also immediately left on loan.

Burnley and Leicester made their only signings of the month on deadline day.

Tottenham will go the entire 2018-19 season without signing anyone after a second successive window without addition to their squad. Liverpool, Manchester United, Everton and Southampton were the other sides not to make a signing during January.