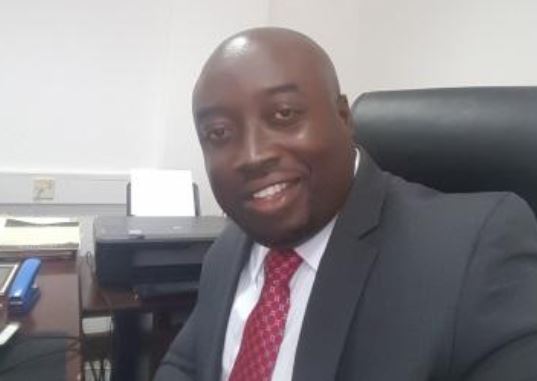 “It is the failure of the black man to propose an alternative way of reasoning based on his perspective on the true meaning of life which have left him so confused that Justice, Truth, Morality, Reasoning and Originality he must always rely on what appears to be beautiful (promise of goodness) in the eyes of the West.”

It is inexorable that the economic system a country practices will always have some profound effect or influence on its citizens mostly psychological. The primary objective of this article is to subject the current economic and socio-economic system being practiced in Ghana into some level of vivisection and perhaps come to terms with why nothing seem to be working in all post-colonial countries in the Sub-Sahara Africa.

Capitalism in simple terms is an economic system where central government takes the backstage while individuals and private companies make most decisions. Under capitalism, goods are produced by individuals or companies and are sold for profit and means of production are primarily privately owned.

Countries which practice capitalist economic system are often free market economies and therefore prices are determined by the availability of products. The reason why people or political parties choose capitalism is often not only for economic purposes but also a political belief, which emanates from a certain ideological angle which believes that government involvement in the control of an economy could lead to some loss of liberty (freedom) of the citizens.

Exposure of Capitalism to Africans

Irrespective of whichever political or ideological position one may argue from, capitalism in its rawest form is deeply embedded in the mental structure or frame (Spirit/Mind) of human beings just as the quest to survive or survival instincts is dovetailed to almost all living creatures. i.e. the insatiable need of mankind primarily establishes and settles how wealth acquisition is dovetailed to human nature.  In Dialectical Materialism, Karl Marx explained the natural innate instinctive character of the human mind and its quest to possess material.

However, the systematic wealth accumulation strategy by Europeans across Africa through colonialism with total disregard to human life was how Capitalism methodically administered in its ideological form on Africans. This includes the extraction of natural resources such as Gold, Diamonds, Copper etc. at the expense of the indigenes for profit. Under capitalism especially in the 20th century across the world, profit or the survival of business in many respects supersedes life. Again, under the game of capitalism, smaller economies are often susceptible to exploitation considering the fact that one of the major principles or rules of capitalism is “survival of the fittest” condition. This is why it is difficult for a developing country to emerge successful while pursuing 100% capitalism with the private sector as its main strategy for growth as its core economic policy.

In the early to mid-1950s when the Second World War had come to an end, most colonial occupied territories in Asia, South East Asia and Africa begun to demand and agitate for political independence from their European colonialists. The Europeans realised that they could not hold on to these territories forever and that political independence was imminent. These so called “Colonial Masters” therefore devised a new plan especially in Africa (given its vast natural resources) to keep it under its grips for as long as possible and the best way for them to achieve their common objectives was to encourage capitalism or liberal democracy of some sort.

Indeed, this was not based on any scientific observation neither was it supported with any deep intellectual analysis. Rather, the colonialists felt among themselves, that if they could have the economic structures of these newly independent countries to be based on the European model, i.e. capitalism inspired democracy based on universal suffrage; it could help them sustain their grips on the continent especially the sub-Sahara Africa. One fundamental factor which made this possible was the fragile nature of the new states and fact that there was little or no sense of nationalism among the citizens given that the state in this form had been strange because prior to this, Africans had been ruled or governed by Kings under very different arrangement.

The West also knew that if Africans were allowed to be exposed to any form of socialism, their chance of having a sustained control over Africans would be diminished if not curtailed entirely hence the birth of neo-colonialism.

Neo-Colonialism is the geo-political practice of using capitalism, business, globalization and cultural imperialism to influence a country in lieu of a direct military control or indirect political control which was known as imperialism or hegemony. In post-colonial studies, the term neo-colonialism describes the influence of countries from the developed world and the respective internal affairs of the countries of the developing world. But as indicated above, despite the decolonisation that occurred in the aftermath of the Second World War, the colonial powers continued to apply existing and past economic arrangements with their former colony countries and so maintained colonial control. The ideology and practice of neo-colonialism has been discussed in detail by John-Paul Sartre and Noam Chomsky but the term neo-colonialism itself was coined by Kwame Nkrumah in 1963 in his book “Neo Colonialism and the Last Stage of Imperialism”

Even though the respective domestic economic policies of these European imperialists’ countries leaned more towards the left i.e. the economic direction was based more on scientific socialism and not necessarily raw capitalism as Africans were encouraged to adopt, in order for the West to secure its interest in Africa, its primary objective was to ensure that the proposed Organisation of African Unity (OAU) never materialised or come into fruition. The Europeans (The West)  also knew that capitalism is the only political or economic idea that does not inspire the ordinary man or the general citizenry to sacrifice as required in the development of any new nation. All over the world, building of a new nation requires great sacrifices, unity, one single focus or direction at least for 30 years and most importantly a great visionary leader. However, given that all the above-mentioned attributes can only function effectively under socialism, it became the necessary principal objective for the West to discourage any form of socialism anywhere in the African continent.

Perhaps the most recent European systematic and never-ending strategy to ensure further defragmentation of the African continent, as well as the disruption to its development, is the introduction of the new Economic Partnership Agreement (EPA). The European Union introduced the EPA immediately the late Colonel Gadhafi as chairman of the OAU announced a new road map for the OAU and renamed it AU. Whiles the Europeans and the West in general systematically work to ensure the continuous defragmentation of the African continent, it is also important to note that the failure of all former French occupied territories (colonies) to attain full political and economic independence is also a major contributory factor towards the weakening front on the overall efforts to unite the continent.

Capitalism in itself conceptually is a good thing. However, its application MUST always be customized or tweaked or even blended taking into consideration the social psychology and sociocultural perspective of the affected society. In his autobiography published in 1957, Kwame Nkrumah indicated that Capitalism was too complicated for a newly independent country hence the need for a socialist society. Even though it took me over 5 years to understand what he meant, I later discovered that even the economic foundations of Western Europe had been achieved or established through socialistic policies as a mechanism to speed up economic transformation especially after the Second World War.

While capitalism in all former French colonies were somehow self-determined economies i.e. complete market-oriented, for the late French leader Charles de Gaulle, he saw socialism or a state-led industralisation as the fastest and most effective economic transformational tool. In late 1944, Charles de Gaulle introduced “Dirigist” economic policy which mainly focused on state-directed control over what is otherwise known to be a capitalist economy. This was followed by 30 years of unparalleled economic advancement in the history of France. Till today, the unprecedented success and growth achieved by socialist policies is known as Trente Glorieuses.

It is unfortunate that the African in history has often been susceptible to any malicious agenda presented by the West be it economically, culturally, environmentally, morally or even language. Scientifically examining the social psychology of the Ghanaian society revealed how the embracing of raw capitalism has negatively influenced our culture, love for each other, honesty to ourselves and to our country etc. these are perhaps the most rudimentary upshots of automatic involuntary social engineering that any post-colonial nation embraced capitalism faces.

Because the very principal underpinning of capitalism revolves around the idea that…” each one for himself God for us all” in other cultures such as that of the Western Europe, such way of thinking may be considered perfect and suitable. However, in Ghana or most post-colonial countries, such way of thinking has over the years proven to be catastrophic and has led to an interminable sequence of corrosive sociocultural milieus. It was based on the destructive nature of capitalism and how the primary objective of citizens of a new nation is to get rich however possible that Kwame Nkrumah stated that capitalism was too complicated for a newly independent country hence the need for a socialistic society. Several studies across the world, especially in the Western World, has also revealed and confirmed that violent crimes and corruption in society takes its roots from core capitalism.

Below is the main political philosophy and ideology of Kwame Nkrumah published in 1957:

“The ideology of my party may be formulated as follows: No race, no people, no nation can exist freely and be respected at home and abroad without political freedom. Once this freedom is gained, a greater task comes into view. All dependent territories are backward in education, in science in agriculture and in industry. The economic independence that should follow and maintain political independence demands every effort from the people, a total mobilization of brain and manpower resources. What other countries have taken three hundred years or more to achieve, a once dependent territory must try to accomplish in a generation if it is to survive. Unless it is, as it were, “jet propelled,” it will lag behind and thus risk everything for which he has fought. Capitalism is too complicated a system for a newly independent nation. Hence the need for a socialistic society.”

Indeed it is the same socialistic society (Scientific Socialism) i.e. Nkrumaism ideology which transformed Europe including the Scandinavians, Singapore, Malaysia, Taiwan and across board in the Mekong region and now Rwanda. Often in Ghana, we condemn idea and we justify it using the possibility of corruption as the tool to destroy great state led ideas.

China closes its Everest base camp to tourists 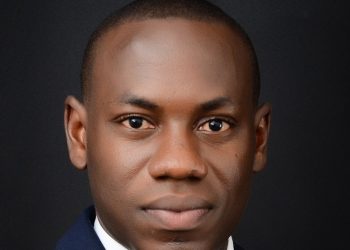 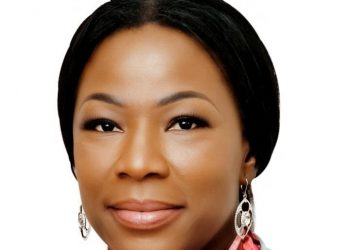 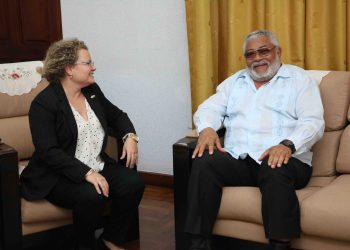 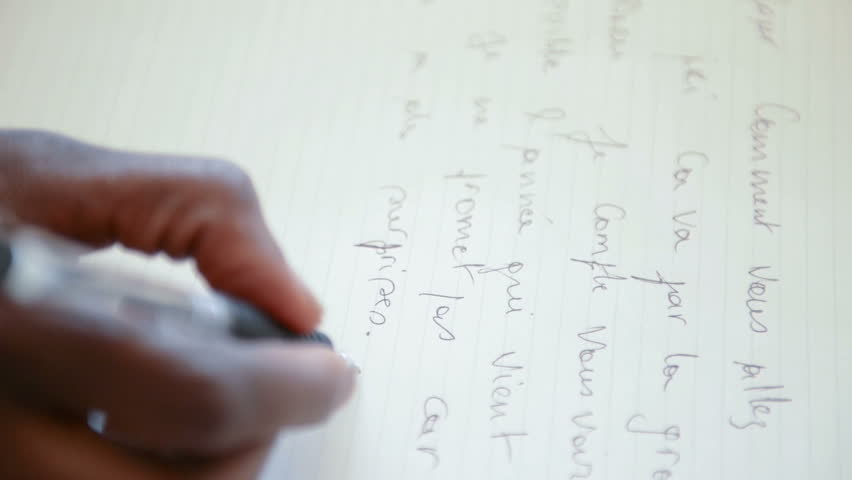 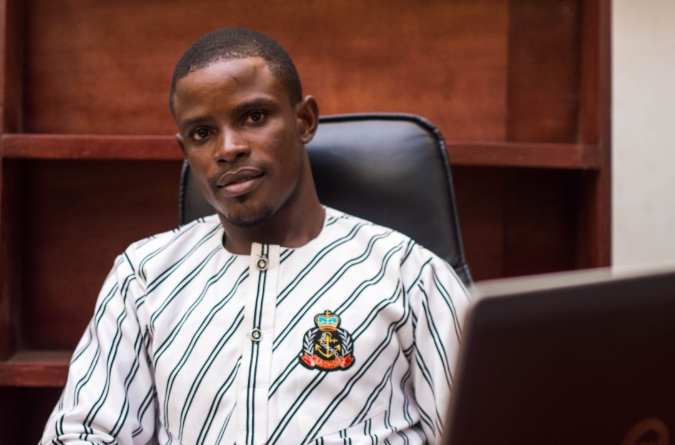 An encounter that changed my life [Article] 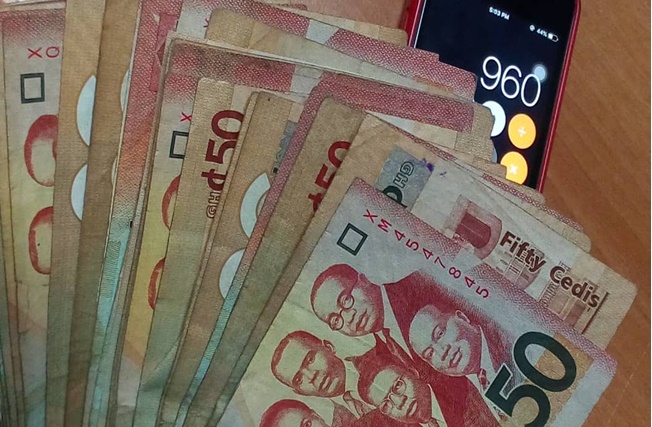