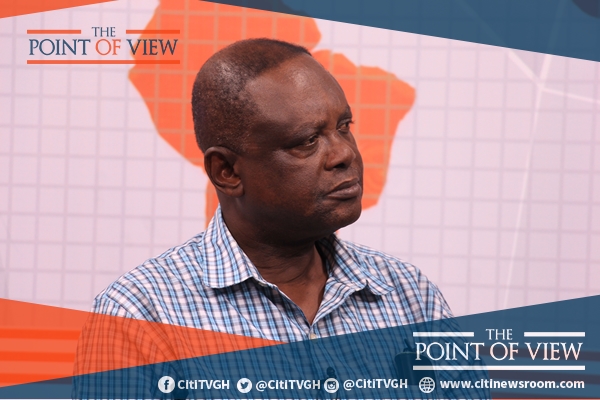 Baffour Amoa, a board member of the Small Arms Commission

Baffour Amoa, a board member of the Small Arms Commission has warned of the dangers of political parties enabling and arming young men who he said cannot control their emotions.

The prospect of losing control of our young men is a major threat to the peace of the country, he said on Citi TV’s The Point of View yesterday, Monday.

[contextly_sidebar id=”vj1dygfInsG3VObAIr2O6DclmSUQzrx7″]His remarks follows among other things the shooting incident recorded at the Ashanti Regional National Democratic Congress office in Kumasi that left one dead and one other in critical condition.

The police have named four alleged members of pro-NDC group, the Hawks, as suspects.

Commenting on the extent of the threat some of these groups posed, Mr. Amoa was minded to recall devastating wars that have gutted West African countries.

“We often talk about the Liberian and Sierra Leonian wars, I was in the middle of those wars and I saw what happened during the war and aftermath. When young men are armed and you lose control over them, there is no way you can have peace or protect property.”

In Mr. Amoa assessment of the initial reports from Kumasi, he said he did not see how the situation escalated into gunfire.

He stressed that it was important that we ensure an end to the threat of political vigilantism.

The Inspector General of Police (IGP), David Asante-Apeatu recently urged political parties to disband their vigilante groups, which have noted has major threats to security.

“If we don’t, I don’t think we should think of ourselves as being in safe places in this country… we may not be able to meet the deadly response that this eruption can bring about,” we warned.

Political vigilantism has been a source of worry to many in the country who have called on government to disband such groups owned by the major political parties in the country.