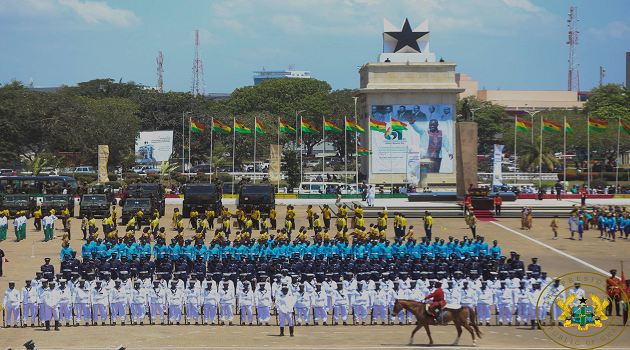 According to him, the move is aimed at solidifying the peace and unity achieved in Dagbon this year.

Delivering the 2019 State of the Nation Address in Parliament, stressed that this will be the first time in the country’s history the anniversary will be held outside Accra.

“In order to reinforce and support the process of reconciliation and the restoration of peace in Dagbon, I have decided that this year, the 62nd Independence Day celebration will be held in Tamale on 6th March,” he said.

“This will be the first time in our nation’s history that the celebration is being held outside of our national capital, Accra. I am very much looking forward to it,” he added

Over the weekend, the Northern Regional Minister, Mr Salifu Saeed participated in a clean-up exercise organised in the Sagnarigu municipal area to beautify the area ahead of the independence day parade.

The planning committee has selected the Aliu Mahama Sports Stadium in Tamale for the event.

Mr Saeed said he hopes the event will attract potential investors to the area.

He said students have been rehearsing for the march past, which is the highlight of the parade.

He added that “Tthe security agencies are doing their work. We want to ensure that the roundabouts, the principal streets, we paint them in white colours. We will do a lot of activities that would make Tamale beautiful for the celebration.”

“You will see a Fire Dance, you will see the Damba and others; all of them, it will be displayed for people to know that in Ghana, if you want to see the best in culture, then it is in the north and for that matter, in Tamale and Dagbon,” he added.