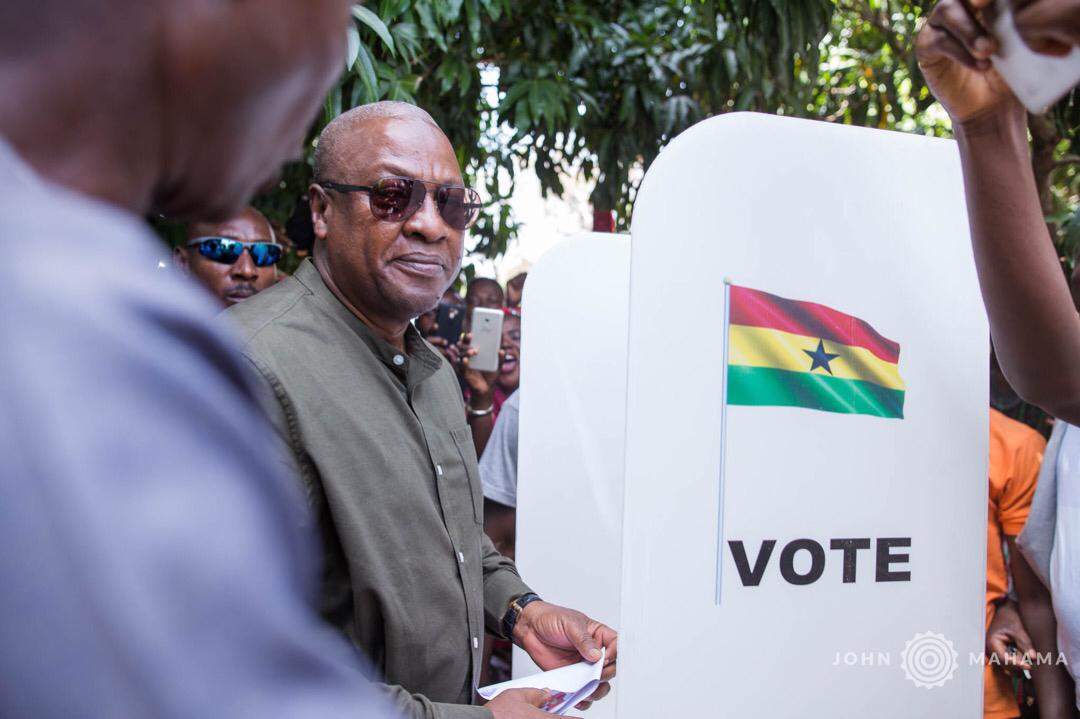 Former President and an aspiring flagbearer hopeful for the National Democratic Congress (NDC), John Mahama has given assurances that the party will remain united despite the outcome of today’s presidential primaries.

Speaking to journalists shortly after casting his vote in the Bole constituency, the former president allayed fears of any form of division in the NDC.

Making reference to the aftermath of previous presidential primaries the party held, John Mahama indicated that there is no cause for alarm as all the candidates will ultimately work in the interest of the party after the election.

“NDC has always been united after we have gone to primaries. If you remember in 2004, Prof. Mills contested with Kwesi Botchwey and after which the elections were held. In 2006, [Mahama] Iddrisu and Spio contested Prof. Mills and afterwards, we came together and we fought the election in 2008 and we were victorious.”

“So this shouldn’t be a problem. All those standing are recognized members of the NDC. They have served the party in various positions. We are all brothers so once we get over this, we will all work together”, he added.

Two other candidates, Goosie Tanoh and Nurudeen Iddrisu, will not vote because they did not meet the voter eligibility criteria.

Chairman of the party, Samuel Ofosu Ampofo explained to the media that the two could not vote because they have never held any official position in the party to warrant them a delegate status.

Before casting his ballot, Mr. Bagbin called on all aspirants to support whoever will emerge the winner in the primaries.

Almost 280,000 delegates of the NDC are expected to vote in the election.