Why should I apologize? – Mahama to critics of ‘boot for boot’ comment 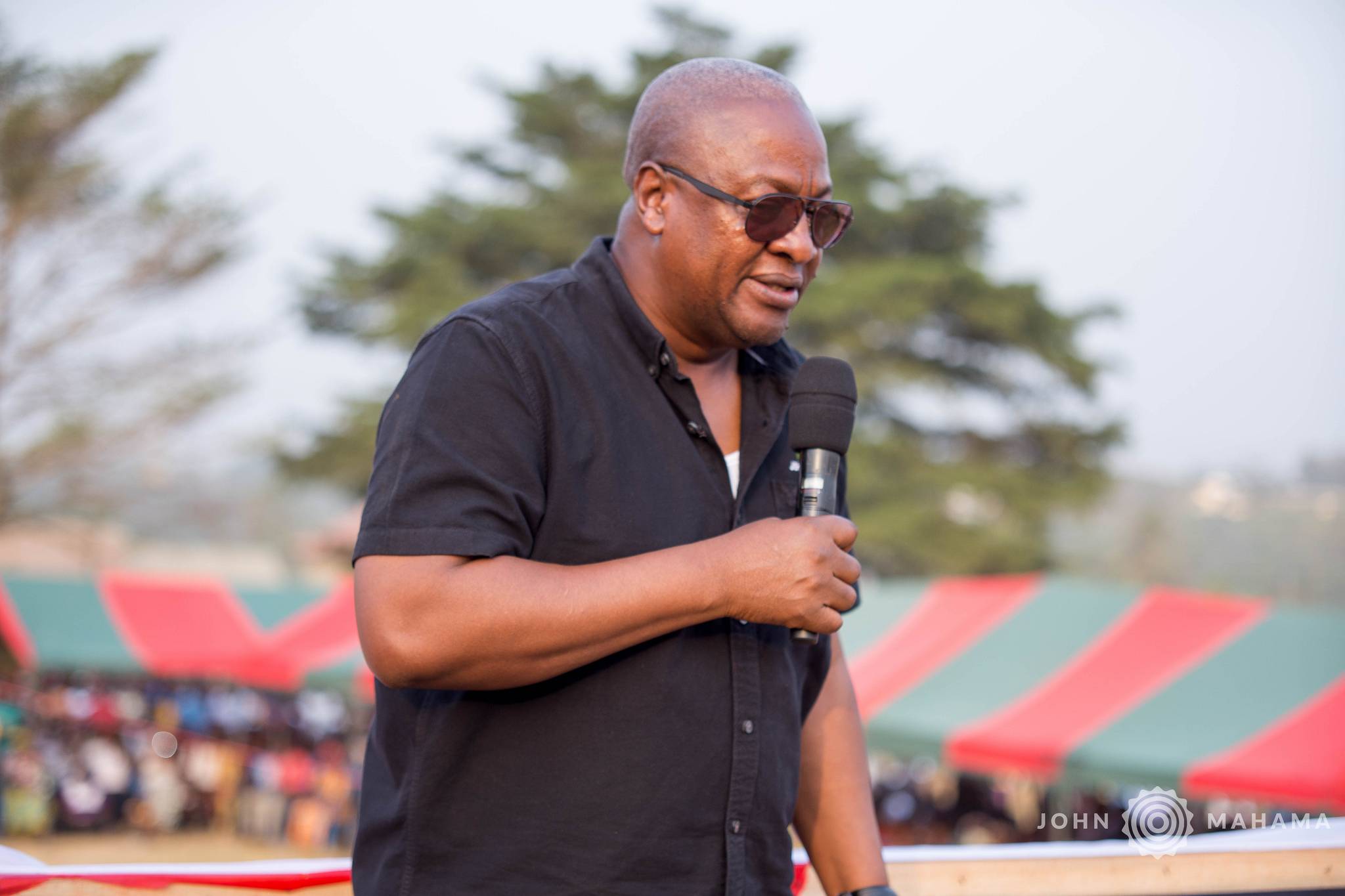 Those expecting former President John Dramani Mahama to apologise for threatening to unleash mayhem on the governing New Patriotic Party in the 2020 elections if they don’t stop attacking members of the National Democratic Congress (NDC) may have their hopes dashed as he is not ready to do so anytime soon.

Mr. Mahama after the attacks on members of the National Democratic Congress (NDC) in the Ayawaso West Wuogon by-election said the NDC was more violent than the NPP but have been docile in respect of the constitution and the rule of law.

“We are not going to joke in 2020 and I’m sounding a warning to the NPP – we are going to match them boot for boot,” he said.

But following criticism and call for an apology, Mahama had this to say:

Mr. Mahama made the remark when was speaking to NDC supporters on Saturday during his campaign tour of the  Volta Region.

Observers of Ghana’s political space had condemned John Mahama for making those pronouncements.

The Chairman of the National Peace Council, Rev. Prof. Emmanuel Asante earlier called on Mr. Mahama to apologise to the nation for saying NDC will match the NPP boot-for-boot with violence in the 2020 polls.

According to him, as a former head of state, he should have known better.

“If he said that, I would want to say that President Mahama, with all humility, I will plead with him to apologise to the nation. In making that statement, he has really created fear in the hearts of people and it’s not just President Mahama I will say this to, I want to say this to all our leaders, people we are looking up to in this nation; that under such circumstances one would expect that they will be the voice of wisdom, a voice that will calm tension, a voice that will help Ghanaians to be able to say: Indeed, we have leaders,” he added.

But Mr. Mahama said “anytime NDC is in power, they [critics] are always very vocal. When something happens, [they say] ‘this is wrong’, and they are condemning.”

“But as soon as their preferred [NPP] government comes into power, everything is right: ‘family and friends [government]’ is okay as long as they are qualified. You think NPP will be in power forever,” he added.

At the same event, the former president warned that “the people” will resist if the government deploys heavy security in future elections just as it did in the Ayawaso West Wuogon by-election.

“We are serving them notice. They shall never deploy such a force in any election in Ghana again. We will resist it. You haven’t seen armed men running away before? When the power of the people comes after you, you will run. This is the ‘all die be die’ philosophy at work. We won’t accept ‘all die be die’ in this country.”

“They are not supposed to have hoodlums dressed in police uniforms using police vehicles and firing bullets at our innocent civilians.”

We’re not mandated to list on stock market –Vodafone

Extend fertilizer subsidy to us - Okro farmers at Dalun to gov't