Achimota Mall shoppers ecstatic about ‘Money or the Box’ promo 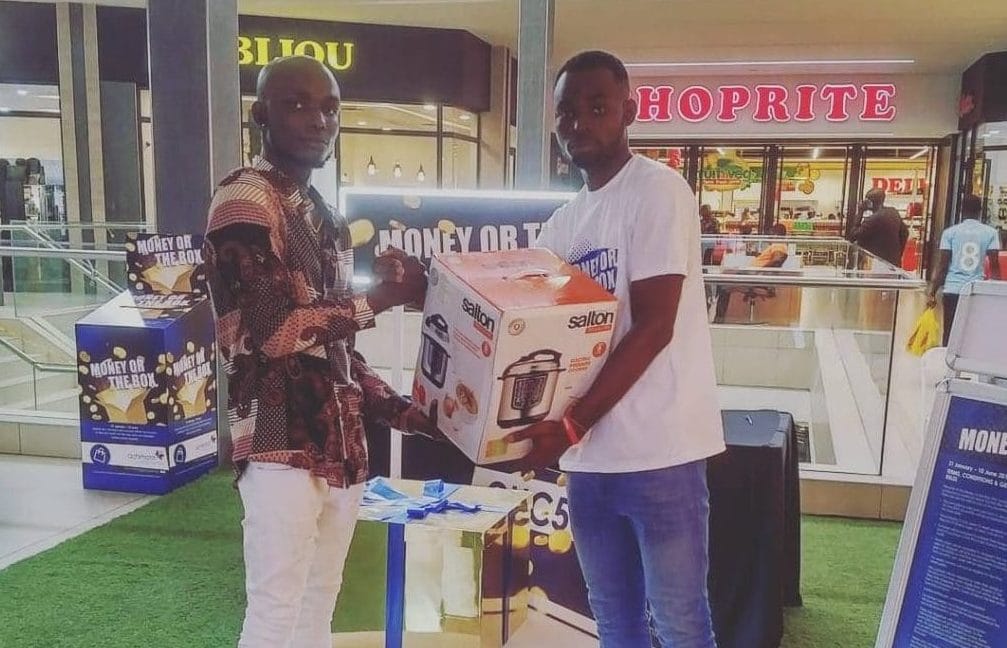 The twenty-week long ‘Money or the Box’ promotion launched by Achimota Retail Centre (ARC) has swung into top gear as shoppers continue to carry home far more bargains than they expected at the mall.

Now only in its seventh week, the mall’s shopper loyalty reward promotion has given away several thousands of Cedis worth of high-quality gifts and freebies to lucky customers simply for making the Centre their preferred destination for shopping.

Launched on Monday, January 21, the ‘Money or the Box’ campaign is a shopper loyalty reward promotion in which customers, after doing their normal shopping of any value, are given a chance to win fantastic giveaways of their own choosing between the unknown contents of a handsome gift box and a sealed envelope containing shopping vouchers. 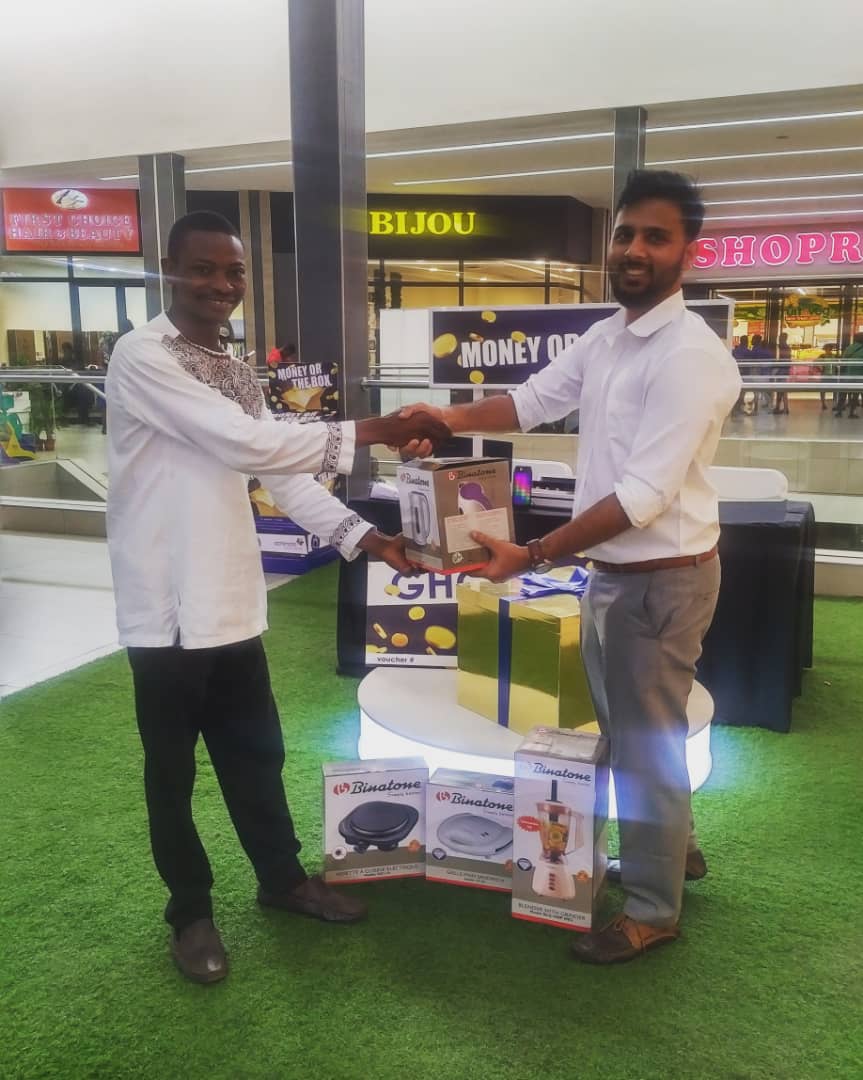 What makes the ‘Money or the Box’ promo exciting is the high level of uncertainty surrounding what shoppers might get from their personal choices between a sealed envelope containing money or vouchers and a box whose contents are not known to them, said Marketing Manager Anthony Asamoah.

“Either way, that is, whether they go for the money or the box, this is a great treat for our loyal customers in appreciation of their continued loyalty to Achimota Retail Centre as their preferred destination for convenient, safe and reliable shopping over the period,” Asamoah said.

The promotion is ‘no respecter’ of what a customer might buy, where he buys it or how much he spends on it, Asamoah explained, stressing that so long as the customer buys something at any of the shops at Achimota Retail Centre, that customer is entitled to enjoy the thrills and benefits of the promotion.

From Monday to Sunday every week until June 10, 2019, shoppers would be advised and assisted to attach their shopping receipts to a campaign flier, behind which their names and contact details are recorded.  The flier, bearing the shoppers’ details and receipts are dropped into one of three large entry boxes displayed at vantage points at ARC.

The entries are heaped together every Monday morning and after one of them is picked randomly, the lucky shopper is contacted by phone and invited to a presentation ceremony during which a crunch choice has to be made between ‘the money and the box’. 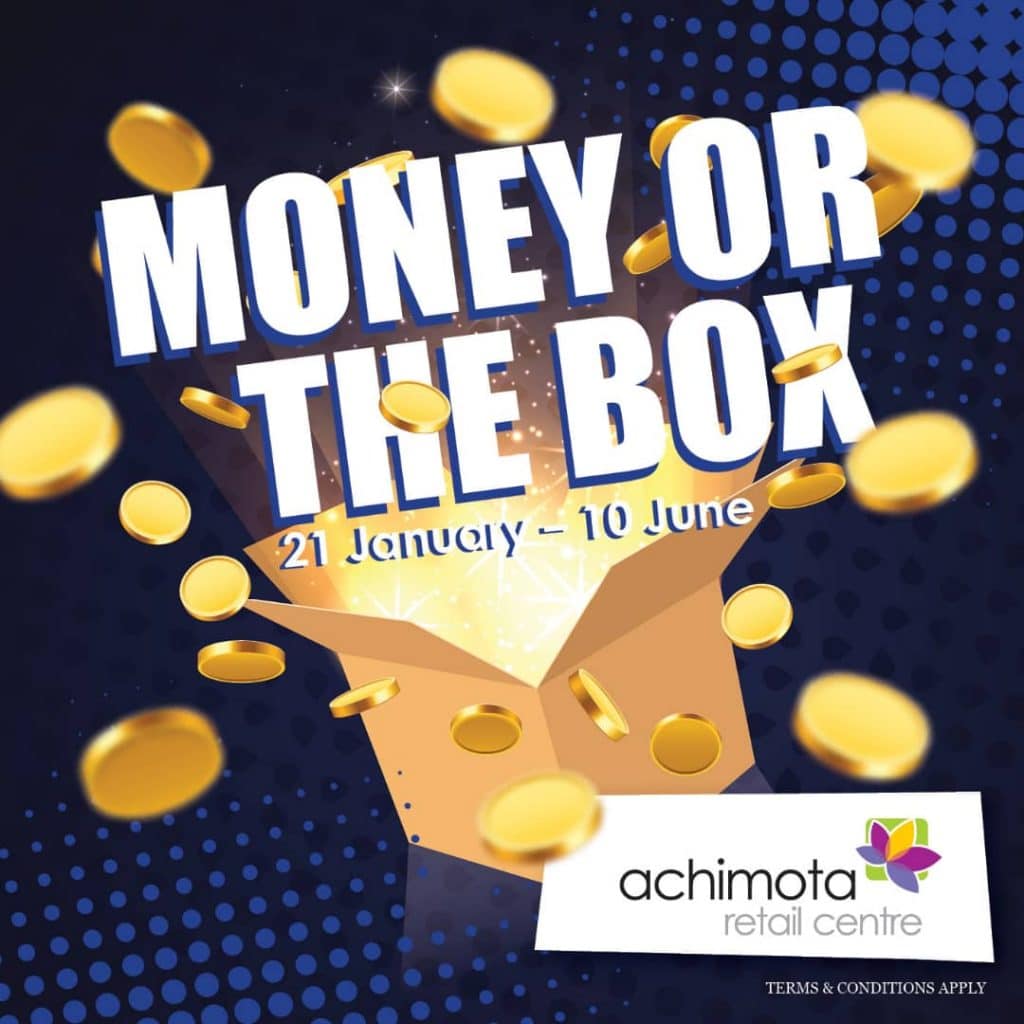 One such spectacular choice by a customer was witnessed last weekend, when Miss Dorcas Antwi, a bride-to-be, resisted the obvious temptation of going for the ‘money’ and eventually opted for the ‘box’. An ecstatic Dorcas unwrapped her box to find in it cookware – something she confessed she needed badly and had already started saving to buy before her wedding day.

According to the Marketing Manager, on a weekly basis, the ‘Money’ has comprised shopping vouchers of multiple denominations totalling up to Ghc 500.00, while the ‘box’ is always loaded with assorted gifts, including such high-value items as microwaves, toasters, electric pressure cookers, sandwich makers, cutlery and some food and drink hampers.

Achimota Retail Centre, also known by patrons as ‘Achimota Mall’, is located at Dome, near the St John’s Grammar School on the Accra-Nsawam Highway. Easily the most popular mall in Accra, ARC houses a wide range of Ghanaian and international brands with offerings in different retail categories including, fashion and clothing, electronics, grocery and foods and a range of alluring delicatessen and eateries.

The facility’s chain of shops is anchored by the reputed food and grocery giant, Shoprite, and by the highly acclaimed general merchandise store, Game. The mall boasts of one of the capital’s biggest open and undercover parking spaces and a tight security regime which is delivered by a combination of manual and electronic surveillance.

Since opening for business in October 2015, the Centre has brought modern, convenient, one-stop shopping to the south-eastern sector of Accra, including communities like Dome, Tantra Hill, Ofankor, Ashongman Estates, Kwabenya, West Legon and the Achimota township.