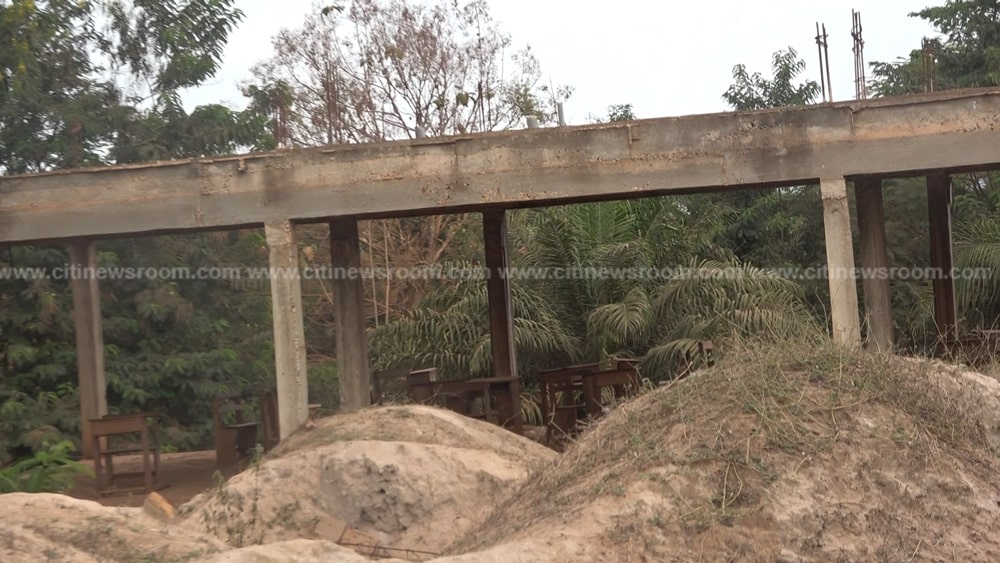 Students of Bomaa Senior High School in the Tano North Municipality of the Ahafo region are calling on government to complete infrastructural projects in the school that have been abandoned.

Bomaa Senior High School, which has been in existence for over three decades, is a public school managed by the Ghana Education Service, GES.

Just like many public schools, the student population has increased over the years without commensurate expansion in infrastructure.

Inadequate classroom blocks and dormitory facilities have become a major concern for both students and managers of the school. 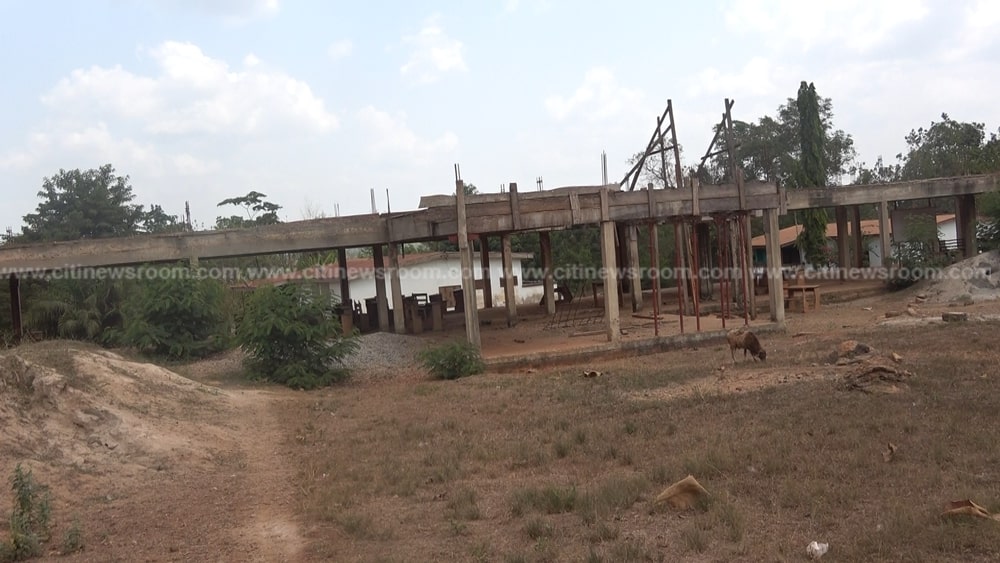 But at the same time, the construction of a huge classroom block has been halted for years.

Due to the increasing number of students, some are compelled to go for classes in the uncompleted structure, which looks dusty.

An administration block which was halted in the early stage of construction has now been partitioned to serve as classrooms for four different classes. 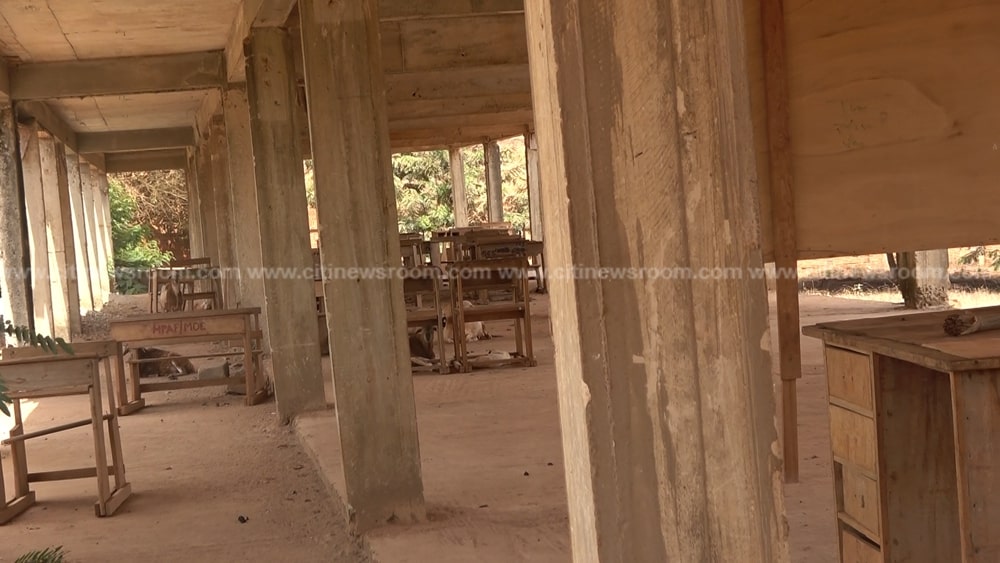 According to the school’s head prefect, Siaka Sumaila, the challenge of inadequate classroom blocks remains a concern that students and authorities have been battling with.

“We are suffering from inadequate classroom blocks so the uncompleted administration block has been demarcated into various classrooms for us by students. But studying comes to a halt anytime it rains.”

The school also lacks dormitories, as some classrooms and other offices have been converted into dormitory blocks. 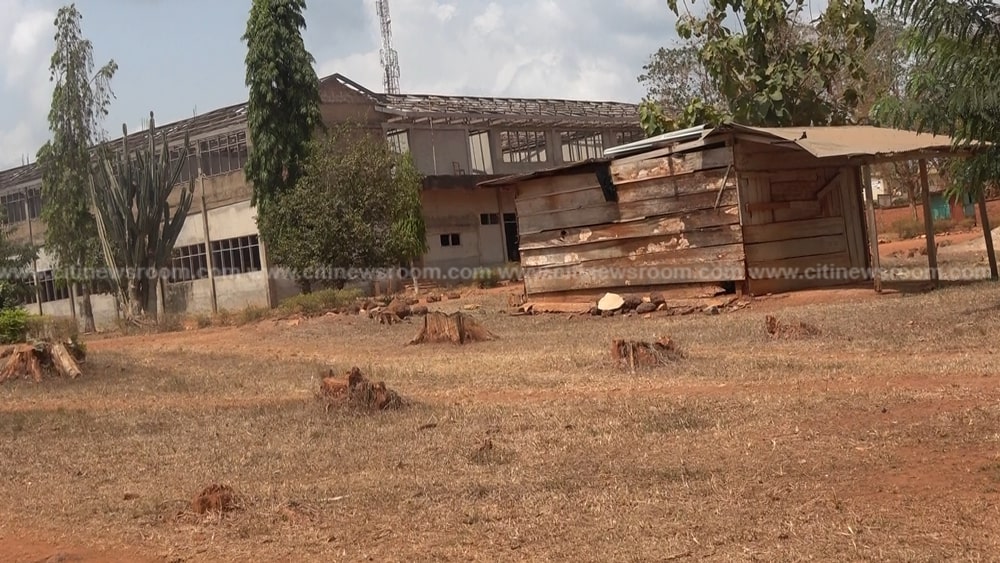 The school’s dining hall which looks uncompleted serves as a kitchen at the same time. 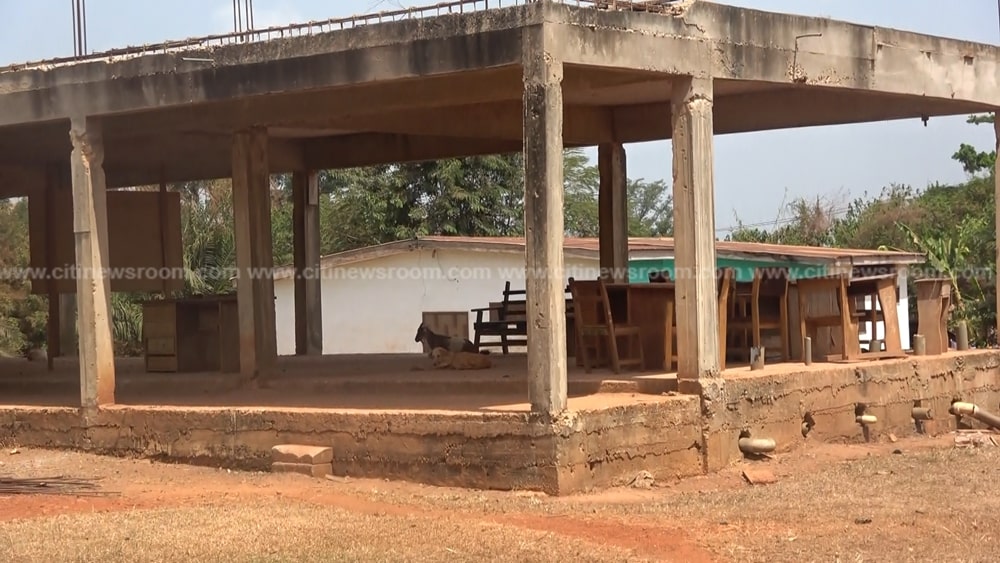 The students complained in a Citi News interview about inadequate chairs in the dining hall, which forces them to eat in batches.

The school is yet to benefit from a modern toilet facility being spearheaded by the Member of Parliament for the area, Freda Prempeh.

But in the meantime, they have to manage with the poor toilet facility which was built through students’ contribution.

When contacted, authorities of the school declined to speak to Citi News.

Mortuary workers to strike on Tuesday over low salaries