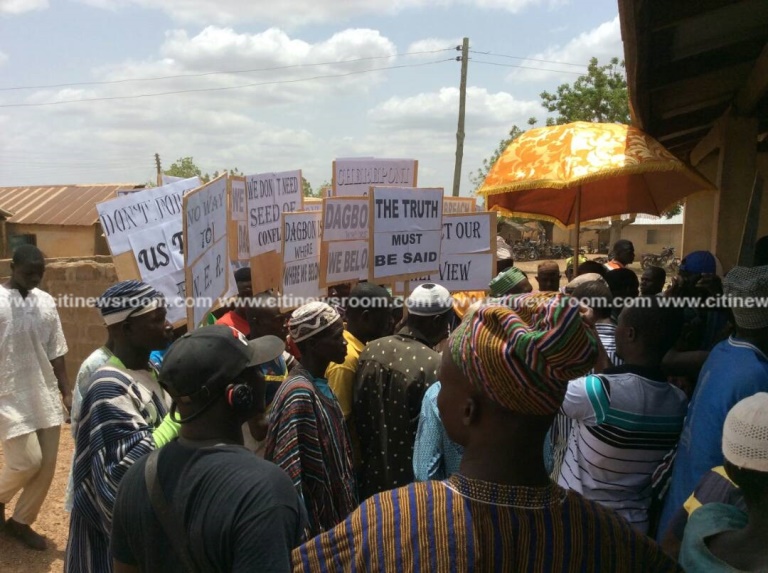 The Northern Regional Police Command says further stakeholder meetings are needed to determine if students of the Chereponi Senior High Technical School will be allowed to go home or not.

This is after a decision was taken at a previous meeting that the students should remain in school despite clashes between the Annufuls and Konkombas in the area which had resulted in some deaths.

[contextly_sidebar id=”8yfEmtThpWxbQzBh7fK2UH6OJbmKX7Aa”]Students of the school however massed up at the Police station on Wednesday morning demanding that they should be allowed to go home, given the rising level of insecurity in the area.

Speaking to Citi News, however, Public Relations Officer of the Northern Regional Police Command, DSP Mohammed Yussif Tanko said a stakeholder meeting will determine their next line of action.

“Yesterday, there was a stakeholder meeting the security agencies, school authorities, the Ghana Education Service, the DCE’S office and other stakeholders. It was agreed that, for security reasons, the school cannot be closed down because the Chereponi township is so secured that there shouldn’t be any reason for the school to be closed over fears that the students are going to be attacked.”

“So, it is surprising that, the students this morning massed up at the Police Station wanting to be allowed to go home. But this is not a decision for the police alone to take. Other stakeholders are being contacted, they will meet and decide on the next line of action”, he noted.

The Police in Chereponi earlier denied reports that students of the School will be evacuated following renewed clashes in the area.

Some students of the School had fled the school premises following clashes in the town between the Annufuls and Konkombas which started last Friday leading to the death of three persons.

There were reports that the evacuation of Kokumba students has become necessary over the fear of reprisal attacks since the school is situated in an area mostly occupied by Anufuls.

The District Police Commander for Chereponi, Chief Superintendent, Henry Amankwatia who spoke on Eyewitness News said the police have no plans of moving students out of the town.

“The headmaster allowed me to talk to the students to assure them of safety. So we are providing them with security so it has not been thought anywhere that there is going to be an evacuation,” he said.

The District Chief Executive and school authorities assured the students of their safety but some of the students have left for home for fear of their lives.

“We have reported the case to the District Chief Executive so we are seeing how it will be; whether there will be a temporary close down or what measures they are going to put in place so we are waiting,” the teacher added.