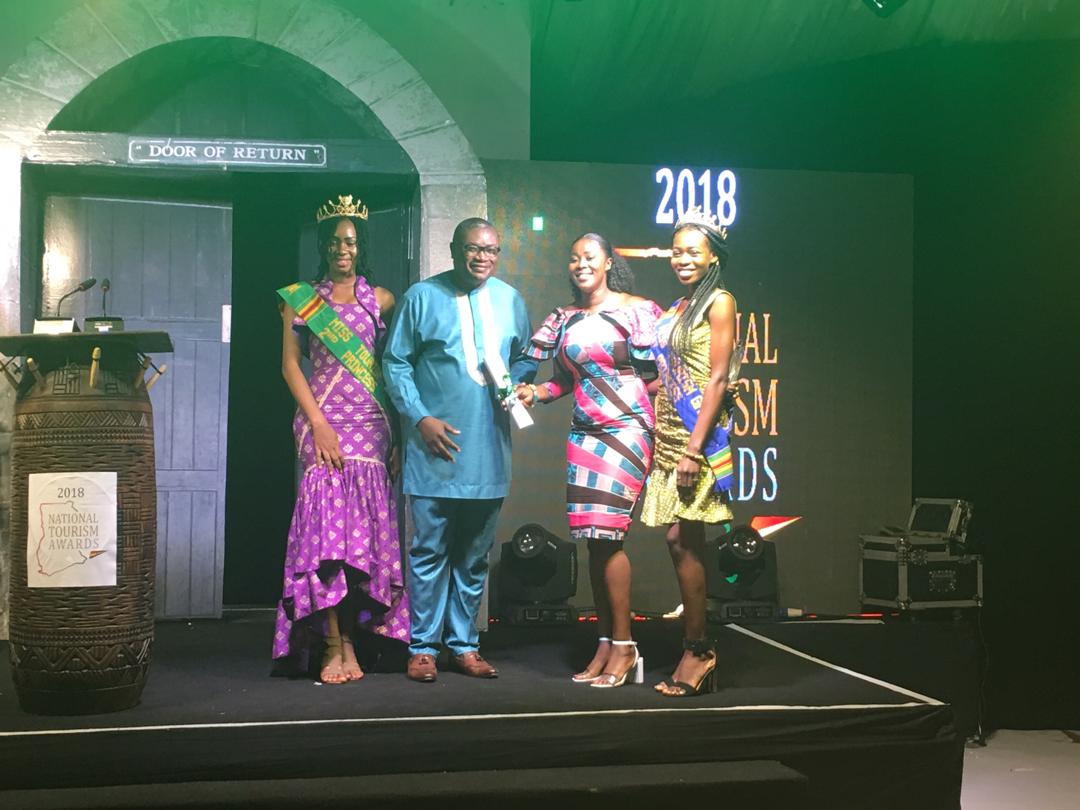 Citi FM has been adjudged the Tourism Oriented Media Organisation of the Year at the National Tourism Awards held on Friday.

The event which was organized under the theme” Celebrating Our Heritage” was held at the Ghana Trade Fair Center, La Accra.

Citi FM and Citi TV as part of efforts to promote tourism have adopted the month of March as a Heritage month to promote the culture, history and music of Ghana with events such as the Heritage Caravan and the MOGO concert.

Speaking to Citi Business News on the sidelines of the award ceremony, the CEO of the Ghana Tourism Authority, Akwesi Agyeman maintained that media houses can use their platforms to encourage domestic tourism to help create jobs in the country. 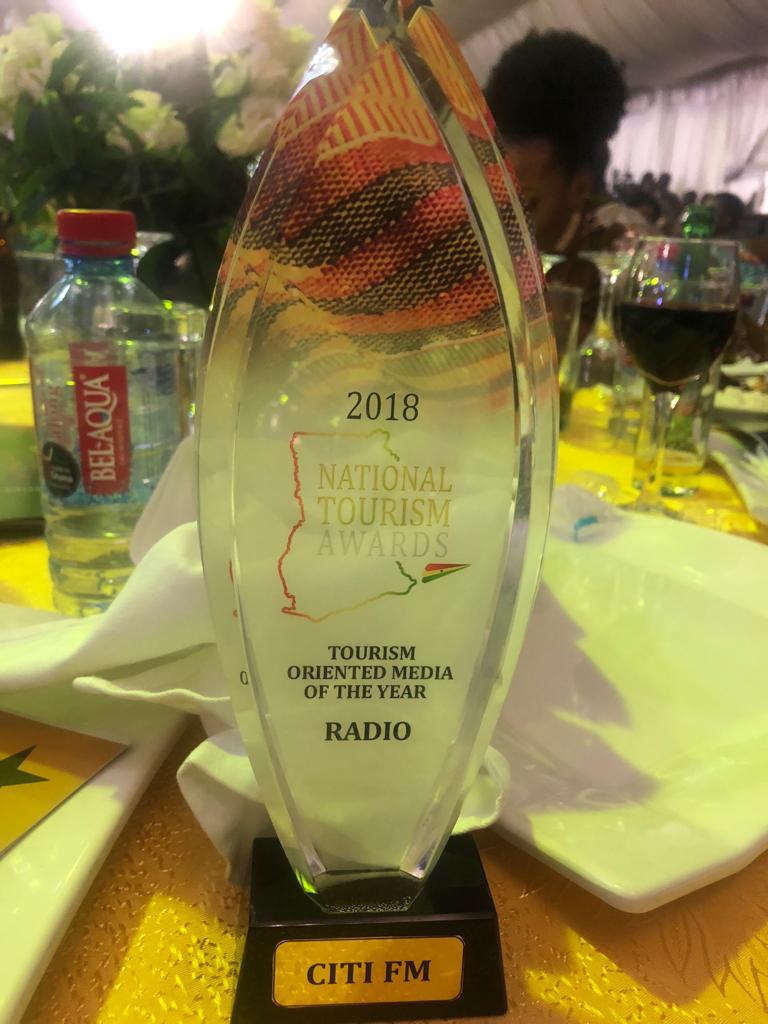 “Citi FM and Citi TV, your Heritage Caravan came up strongly and it tells you people are watching, people are observing,” he said stating that such activities highlight the need for domestic tourism which is key to job creation.

Providing some figures to show growth in the tourism sector, Mr. Agyeman announced that visitors arrivals have increased by 15  percent while licensed accommodation facilities grew by 22 percent.

“We are also excited about the growth because visitations to tourist sites went up by about 26 percent”, he said.

Dignitaries at the event

The Minister for Foreign Affairs Shirley Ayorkor Botchway represented the President Akufo-Addo as the Guest of Honor.

Other dignitaries at the event included the Minister Designate, Ministry of Tourism, Arts and Culture Barbara Oteng-Gyasi, the Attorney General, Gloria Akuffo and Chairman of the event, Osabarima Kwesi Atta II, Omanhene of Oguaa Traditional Area.

The Citi brand has won many of such awards at the regional and national levels.

Citi FM’s news portal, citinewsroom.com was adjudged the Tourism Oriented Media for the Online category in the Eastern Region while its Eastern Regional reporter, Neil Nii Amatey Kanarku, was named the Tourism Writer for the year 2018 at an event held in February 2019.

Over 150 people participated in this year’s Citi FM/Citi TV’s Heritage Caravan that toured 14 regions in the country.

The Heritage Caravan is a road trip around Ghana that offers an experience to explore the various regions through sightseeing, culture, food, music and dance in a week.

The Caravan returned to Accra on Saturday, March 9, 2019.

Over the years, patrons have been taken to the Stilt Village in the Western Region, Nzulenzu, the Adaklu Mountain in the Volta region, the Military Museum and the Manhyia Palace in the Ashanti Region.

Other places the Caravan has been to include the Boabeng-Fiema Monkey Sanctuary in the Brong Ahafo Region, the Gamashie, Jamestown in Accra, the Cape Coast and Elmina Castles in the Central Region.

The Caravan has also been to the Mole National Park, Paga Crocodile Pond and the Salaga Slave Market in the Northern Region.

The station, for the past 10 years has been employing various initiatives that seek to promote the Ghanaian heritage and culture through the Heritage Month.

On March 16, 2019, Citi FM and Citi TV organized the Ga Music Concert at the forecourt of the Accra Metropolitan Assembly.

The Accra Music Expo is a special event focused on celebrating and promoting indigenous Ga music.

The annual Music of Ghanaian Origin[MOGO] concert will be held today [23rd March 2019] at the National Theatre.

This year’s MOGO will feature Kwabena Kwabena, Cina Soul, KK Kabobo and Akwaboah among others