Coconut industry receives a boost as demand for export increases 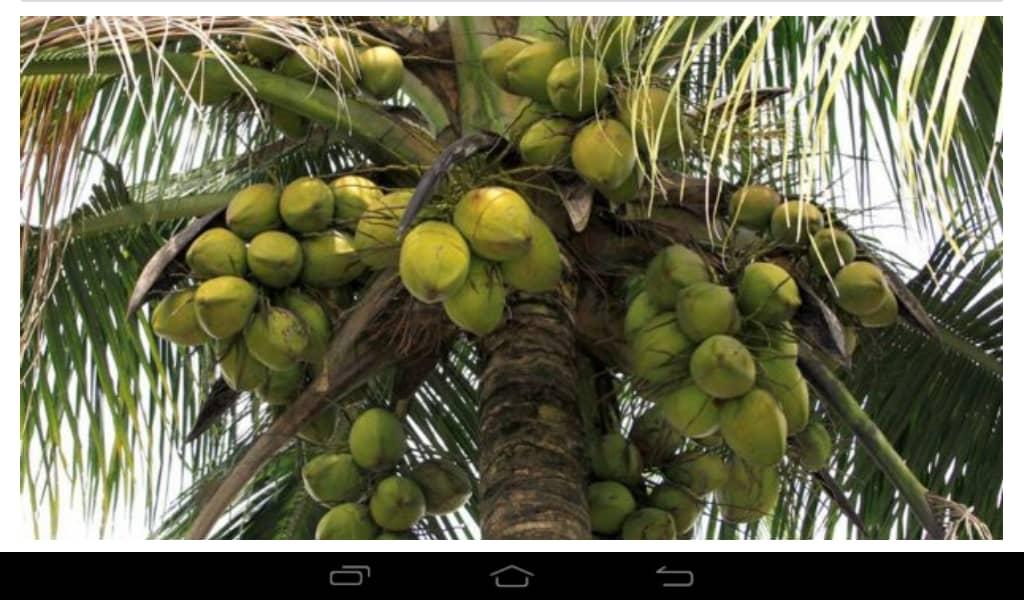 High demand for Coconut fruits and by-products for export and local consumption has become a great source of incentive for many graduates and unemployed youth in the Komenda-Edina-Eguafo-Abirem, KEEA municipality of the Central Region, to venture into large scale cultivation of coconut as a cash crop.

The Ghana Export Promotion Authority, recently at a ceremony to present 60,000 hybrid coconut seedlings to members of Coconut Producers and Exporters Association in the Central Region, indicated that projected world demand for coconut and its by-products is estimated to grow to 2.8 Billion Dollars by 2021. 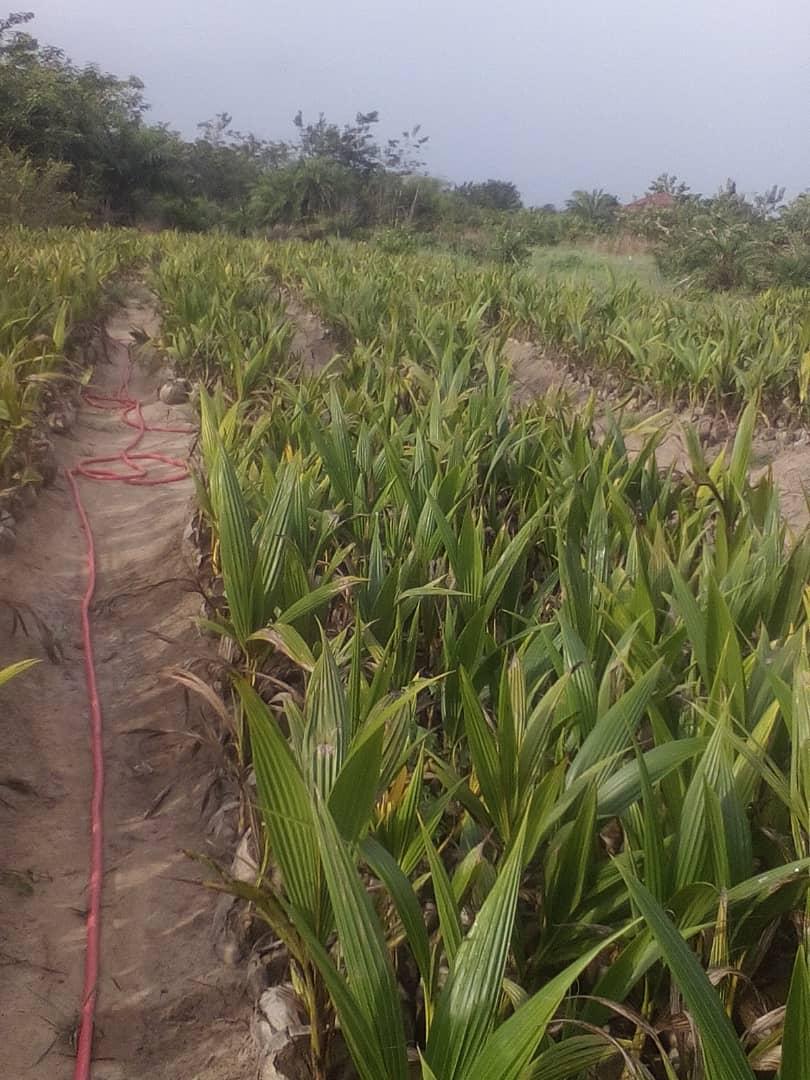 Current production level in Ghana is 224 million coconut fruits annually, and 179 million of the total production is produced by small holder farmers.

More than one hundred of the youth have already benefited from free distribution of new variety of coconut seedlings under the Planting for Export and Rural Development, PERD initiative, being rolled out by the Ministry of Food and Agriculture, as part of its flagship program, Planting for food and Jobs.

Many of the beneficiaries cultivate between one acre and ten acres averagely.  Another batch of 350 farmers are to benefit from 20,000 coconut seedlings to be distributed free of charge by June this year. 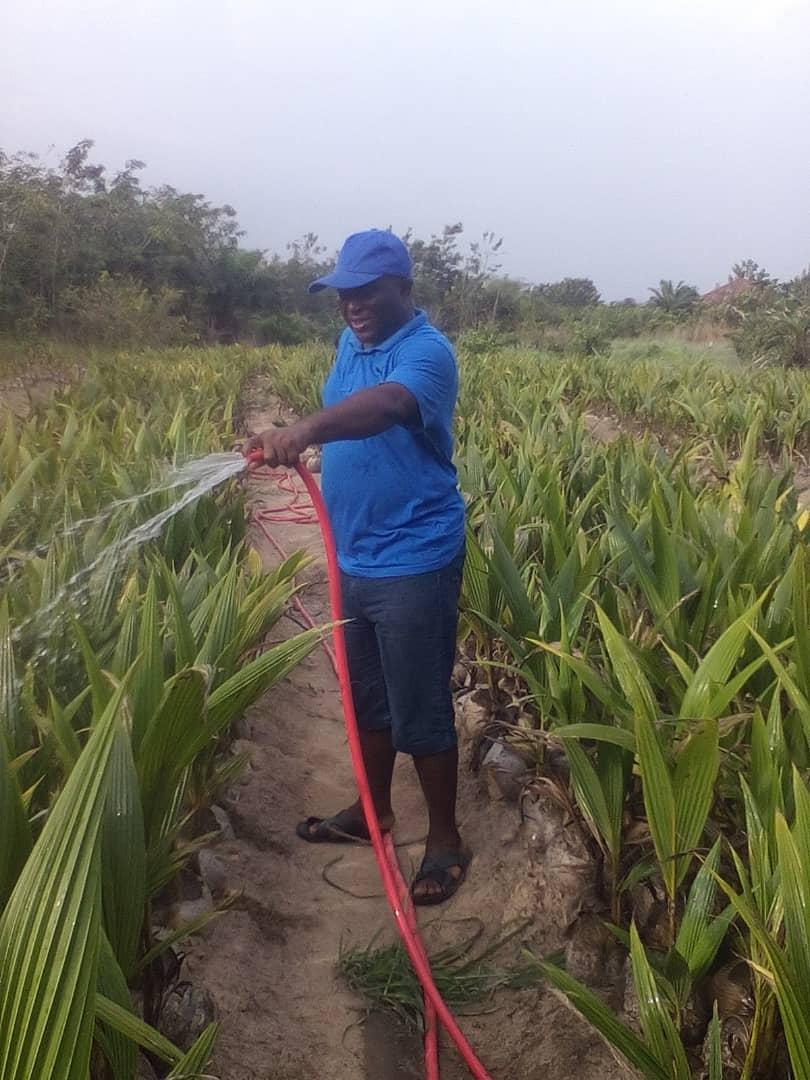 Madam Victoria Dansoa Abankwa, the KEEA Municipal Director for the Ministry of Food and Agriculture, disclosed this during a field orientation tour for NABCO personnel who are being trained and equipped to offer technical assistance to the farmers.

She noted that coconut as a cash crop has huge benefits for the individual farmers and the local economy, adding that the value chain cuts across those who consume coconut for its health and nutritional benefits, to those engaged in commercial production of coconut oil and other by-products for industrial purposes.

Madam Victoria Dansoa Abankwa indicated that the new hybrid coconut seedlings is resistant to the Cape St. Paul Wilt Disease, which affected and collapsed many coconut farms and firms set up to process coconut for export a couple of years ago.

She said the new hybrid coconut is a high yielding type of coconut and takes between 3-4 years to start bearing fruits.

She hinted that the Ministry is engaging traditional authorities in the KEEA Municipality to collaborate with them, and release land to the farmers for the cultivation of the coconut cash crop.

The Municipal Chief Executive for KEEA, Nana Appiah Korang, lauded the government for the initiative, saying that the Planting for Export and Rural Development program will offer alternative livelihood to fishing for the people of Elmina and its environs. He noted that the challenges associated with fishing especially during the lean season requires such an initiative to serve as alternative livelihood to sustain the local economy.

A prospective beneficiary of the initiative, Mr. Godfred Kwaku Adu-Gyamfi, encouraged the youth, especially those unemployed, to take advantage of the planting for Export and Rural Development, PERD program, and secure their future, adding that by cultivating coconut as a cash crop, they will be able to create jobs for themselves and build their capacity to employ others as their contribution to reduce the unemployment rate in the country.

In all, about 500 farmers will benefit from free distribution of over 27,000 hybrid coconut seedlings to be cultivated on about 400 acres as part of the first phase of the Planting for Export and Rural Development program in the KEEA Municipality.

Boomplay to celebrate women in music on Int'l Women’s Day