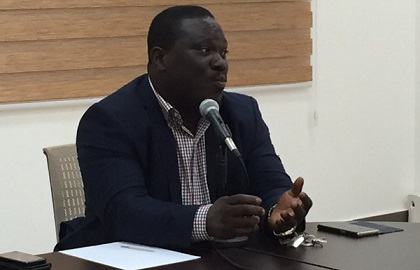 An Economist, Ebo Turkson has said the setting up of a committee to probe the fall of the cedi is needless.

President Akufo-Addo has directed Finance Minister, Ken Ofori-Atta to probe the structural difficulties that cause the recurring depreciation of the currency Ghana Cedi and to address the problem.

In view of this, the Finance Minister has announced the setting up of a bi-partisan Committee to look into the situation.

“The President has directed that I investigate the structural causes for the depreciation of the cedi and propose measures to address the situation. The government and I will put a bipartisan committee together to proceed immediately.

“Our current progress on the economy sustained GDP growth and economic transformation will eventually ensure that the currency is stable over the medium term,” the Finance Minister said in Parliament on Thursday.

However, Dr. Turkson believes a committee is unnecessary since the causes and solutions to the depreciation are obvious.

“I do not think the setting up of a committee to look into why our currency depreciated so fast will necessarily solve the problems we face in the economy. I’ve mentioned that we know what the problems are . We know why our economy is structurally is import dependent.

“We hardly produce anything to consume and therefore we are overly dependent on import so every now and then we are having an increasing demand for forex so our currency depreciates. If you want to find out the causes of the sudden depreciation of the cedi, the Central Bank is aware of why that happened. So if you ask me , I do not think the setting up of a committee is what we need now,” he said.

The cedi was initially trading at GHc 5.80 to a dollar but it began gaining strength this week after a government intervention which was actually expected to yield evident results within two weeks.

A former Deputy Finance Minister under Mahama administration, Fifi Kwetey has, however, said the recent appreciation of the cedi is only temporary and will depreciate again.