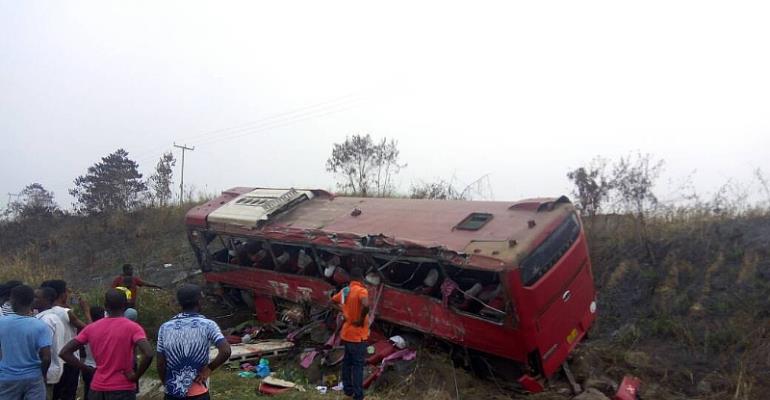 Dozens of passengers have died in an accident involving two buses on the Techiman-Kintampo road.

The Jaman Police Commander, DSP Ofori Boateng who confirmed the fatal accident to Citi News said the exact number of the dead is not immediately known.

The police are currently at the scene ascertaining the gravity of the accident.

DSP Owusu said investigations will unravel the cause of the accident.

“It is true there’s been an accident on the main Kintampo-Techiman road. It occurred between 1:40 and 2 am. A number of people are injured and we can say some are dead but we cannot give you the figure of those involved because we are still at the scene.”

“The two buses collided. investigations will unravel the cause of the accident. As we recover we send them to the hospital,” he added.

It is currently unclear what might have caused the collision.