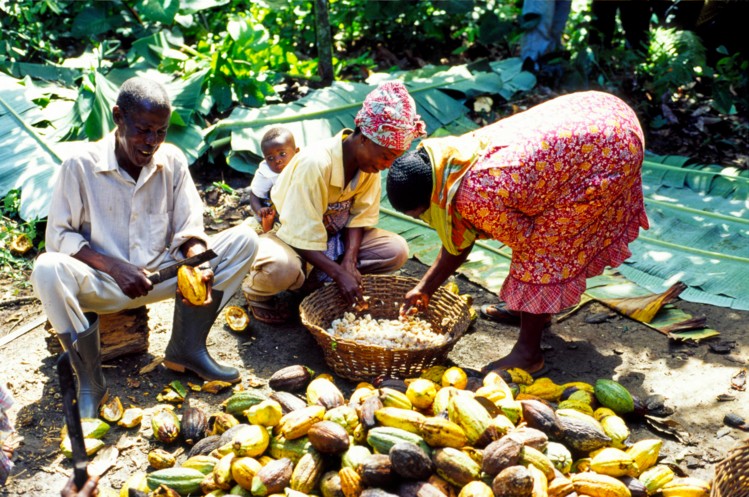 Senior Technical Officers at the Cocoa Health and Extension Unit in the Eastern Region have raised concerns about the effect of climate changes on cocoa production.

According to them the inconsistent rainfall patterns coupled with other human activities such as illegal mining, lumbering has taken a downward toll on cocoa production.

[contextly_sidebar id=”8UCEGOYLC24olecHatY4P4dxfbR6UnjG”]In an interview with Citi News, the Senior Technical Manager at the Cocoa Health and Extension Unit in the Eastern Region, Samuel Gyamfi Gyimah called for a climate-smart agriculture approach to boost cocoa production.

“Cocoa as a crop requires a minimum level of rainfall, soil fertility, sunshine and other environmental conditions to produce to its maximum and we are all aware that this year the climate has changed. We no longer get the required amount of rainfall that our forefathers used to get in the olden days for the establishment of their cocoa, now rainfall has reduced drastically so it is seriously affecting cocoa production now.”

He said cocoa as a crop needs certain environments to thrive, especially when it is at an early stage and that “humidity should be up to a certain level coupled with adequate rainfall but because of a lot that we have done to ourselves to affect the climate has affected the cocoa environment making production to go down and even the establishment of new cocoa farms is a headache to our farmers.”

According to Mr Samuel Gyamfi Gyimah, who indicated that human activities have largely contributed to the change in climate conditions also called on the general public including farmers to be environmentally responsible.

“Most of these changes in climate was caused by human activities, previously our landmarks were covered with forest but currently how many of these lands have forest cover, just a few and logging and indiscriminate felling of trees has also affected the climate so a lot these and other things that we have done to the environment has caused this climate changes so I will advise everyone not only cocoa farmers to be environmentally friendly and let’s preserve our environment”.