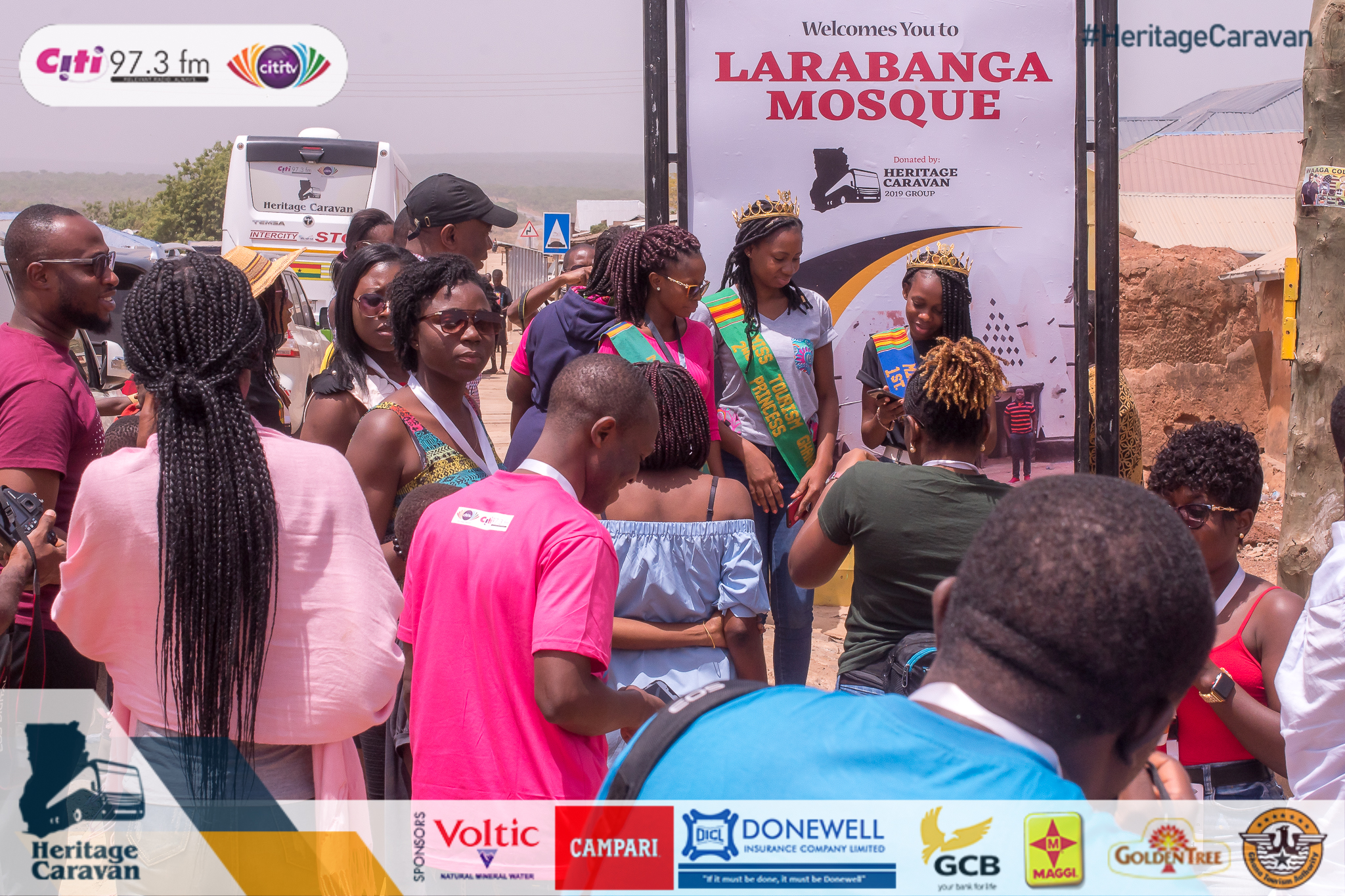 As part of activities of Citi FM/Citi TV’s Heritage Month, the station has mounted a signpost for the famous Larabanga Mosque at the Larabanga village in the newly created Savannah Region of Ghana.

The signpost was donated during the 2019 edition of the station’s Heritage Caravan road trip to help tourists to easily locate the ancient mosque.

The Larabanga Mosque, is built in the Sudanese architectural style in the village of Larabanga, Ghana. 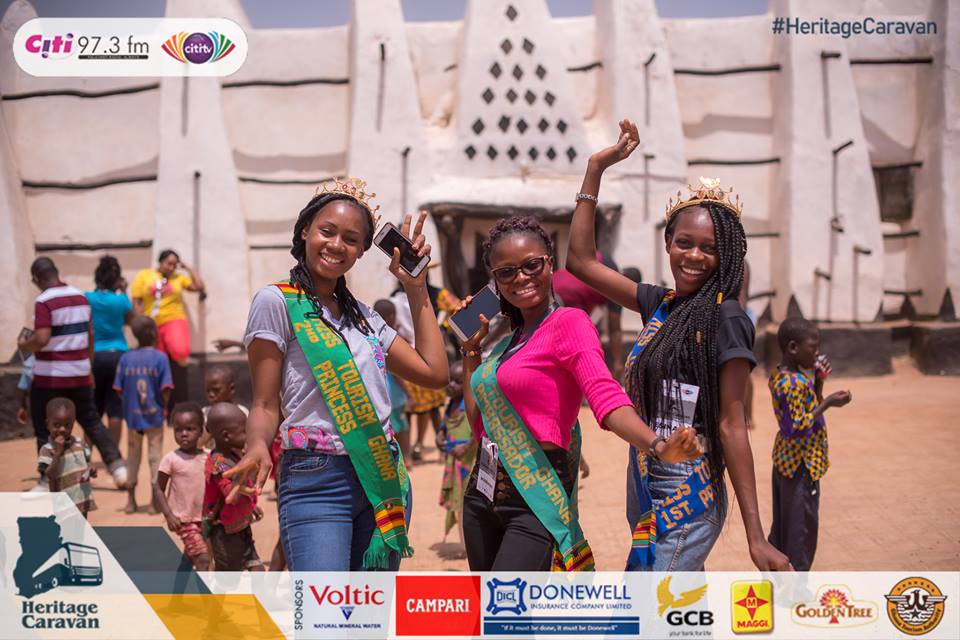 It is the oldest mosque in the country and one of the oldest in West Africa. It has been referred to as the “Mecca of West Africa”.

The mosque serves as a place of worship for the people of the community who are mostly Muslims. 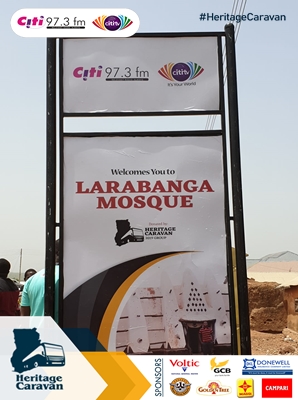 This is not the first time the station has put up such a structure.

In 2017, the Citi FM donated a branded signpost to the Paga Crocodile pond in the Upper East Region.

The signpost was mounted at a vantage position to serve as a guide for tourists visiting the area.

Prior to the donation of the signpost, patrons of the 2019 edition of the Heritage Caravan had an educative and funfilled trip to the Paga Crocodile Pond, the slave market all in the Upper West Region. 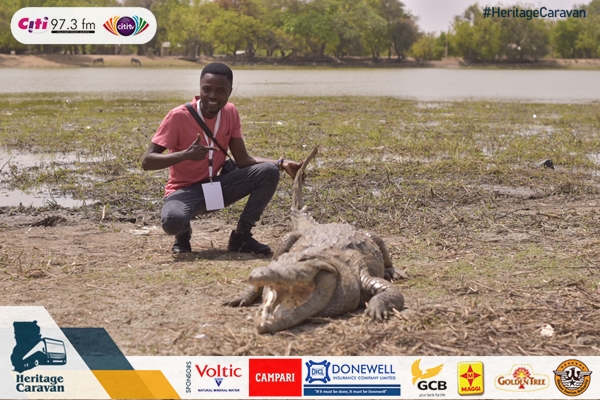 The team earlier visited the mole national park at Mole in the northern Region as patrons witnessed some interesting wildlife scenes. 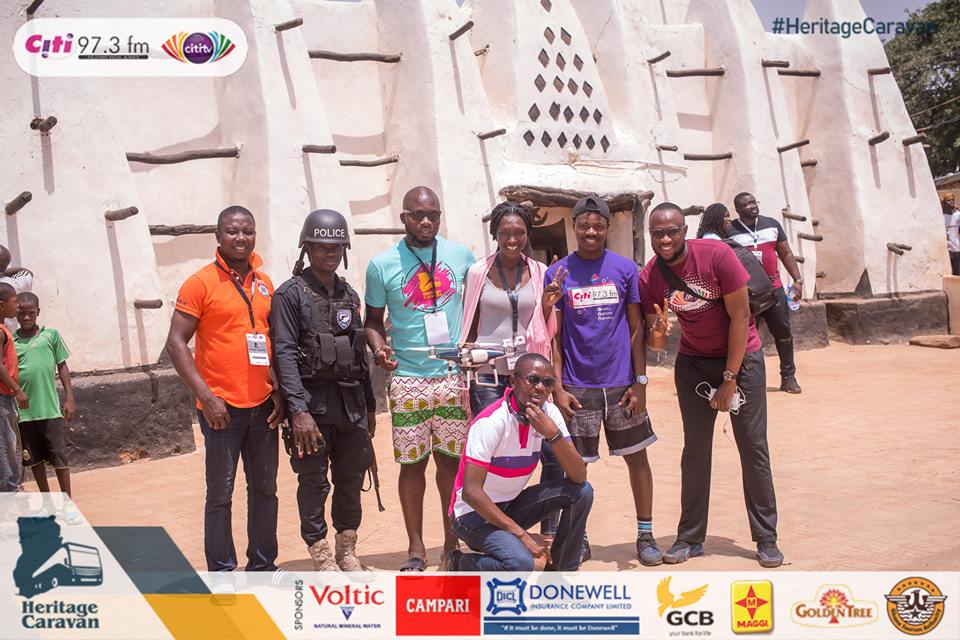 At the Mole National Park, the patrons were taken on an adventure on a Safari ride.

It was a breathtaking experience at the Park. 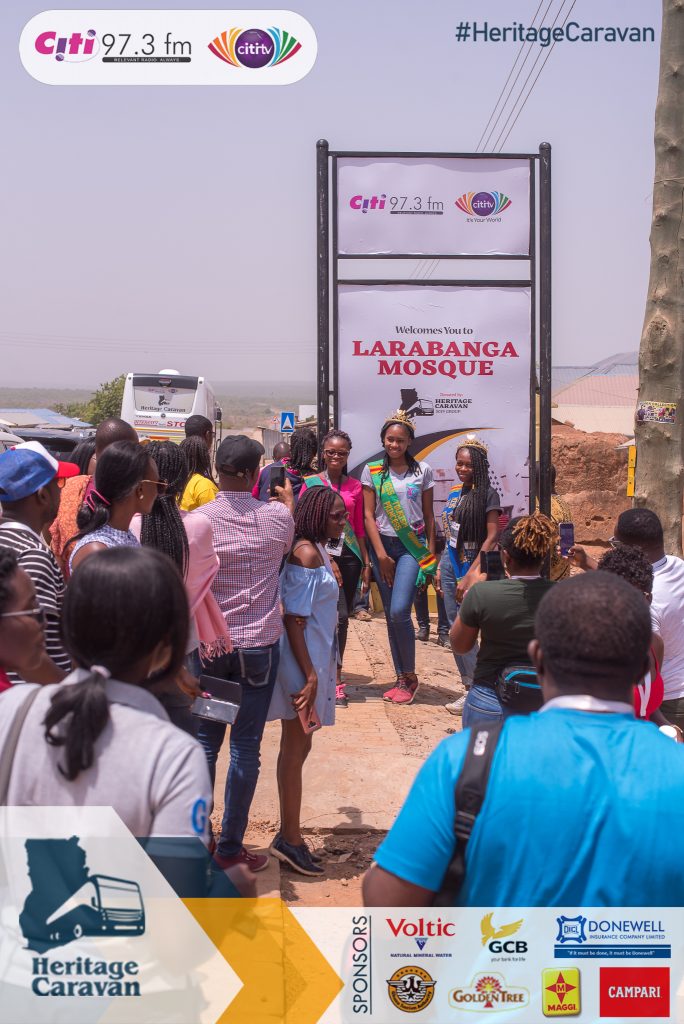 The Caravan also visited the Mystical Stone site where residents believe the stone has powers to grant the wishes of people. 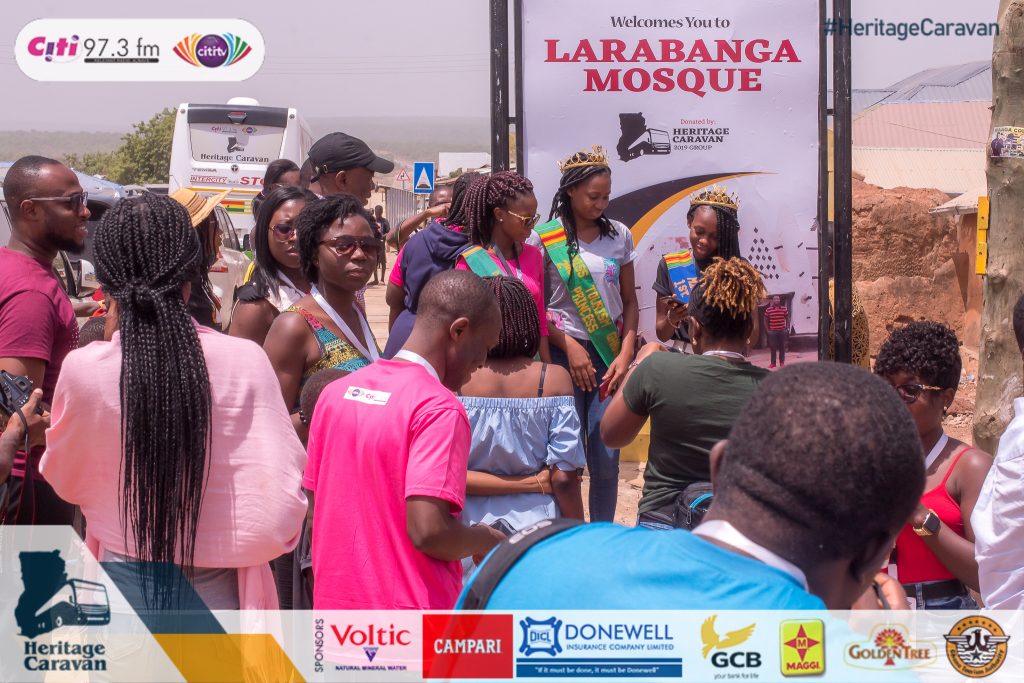 The Caravan made its way to the Bono Region through, Savannah and Bono East regions.

They were hosted at the plush Eusbett Hotel in Sunyani where they were given the warmest welcome by the “Nyame ne Hene Cultural troupe.” 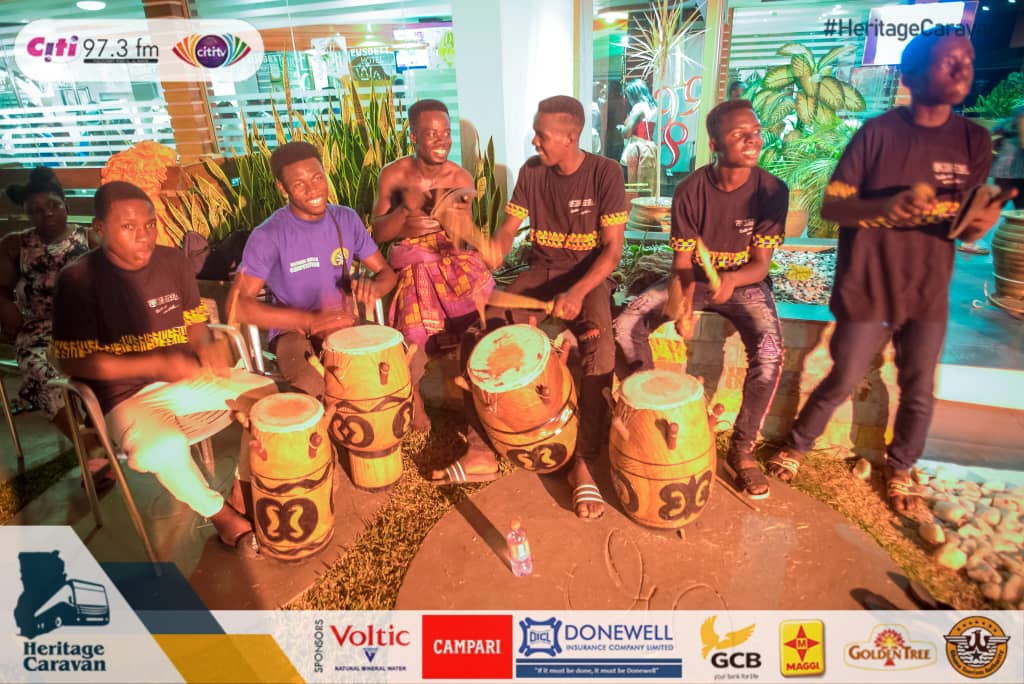 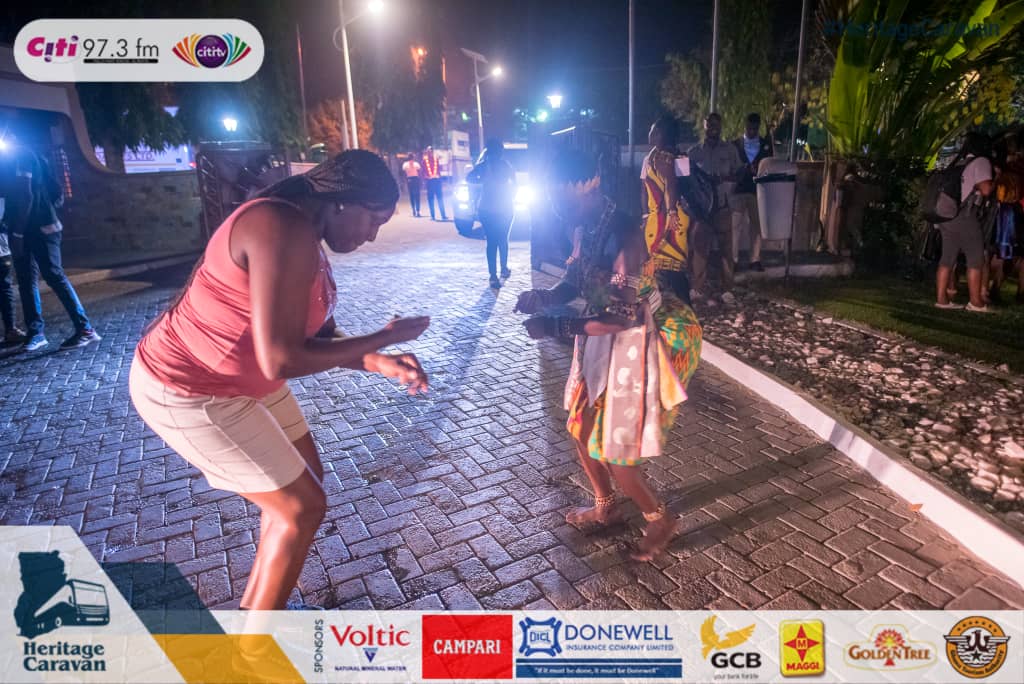 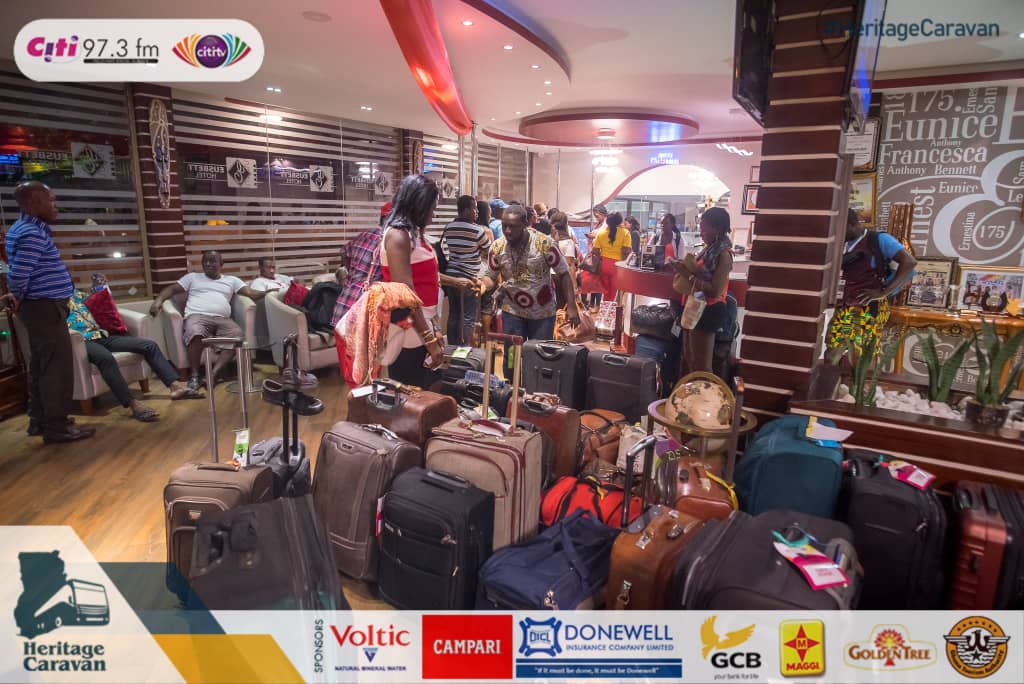