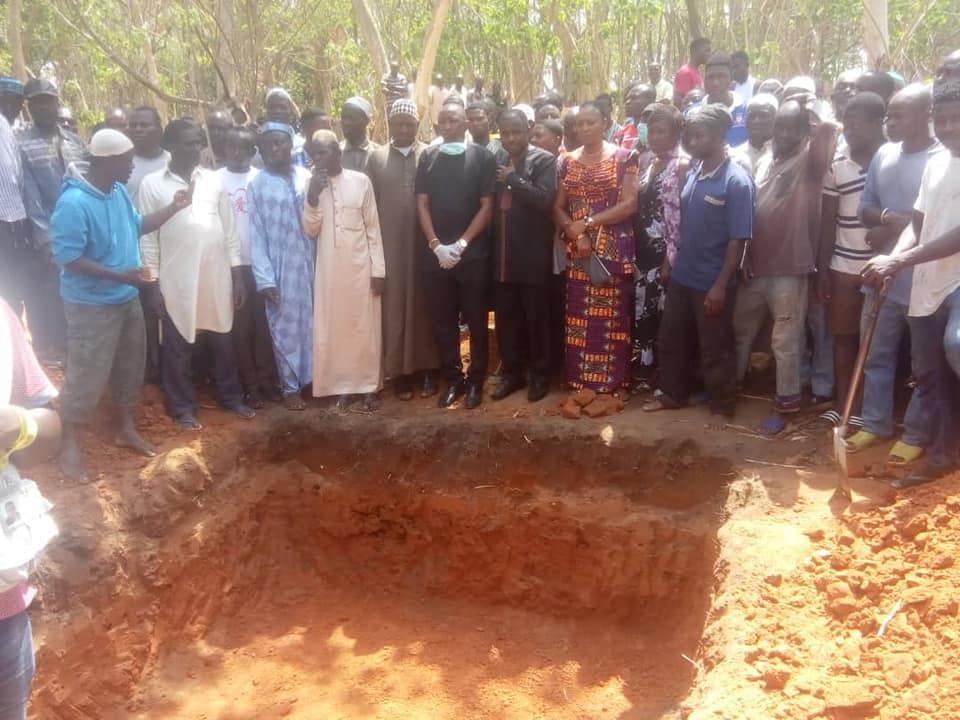 A mass burial has been held for 39 of the people who died in Friday’s bloody accident on the Techiman-Kintampo road accident Bono East Region.

The burial according to authorities was necessary because the bodies of the victims have been burnt beyond recognition.

[contextly_sidebar id=”Pi7s5a7E1u5EVwhH23ME6nYE7Du1H9pa”]It was under the supervision of personnel from the Ghana Police Service,  local authorities, religious leaders and traditional rulers at the Jema Cemetry.

Relatives of unidentified persons who were involved in the fatal crash were also present.

“With the concerns of stakeholders, they have agreed and the bodies have been buried in a mass grave here in Jema. People who have not heard from their relatives who left Accra by the VVIP bus can come to Jema to identify them from the other bodies. ”

Several others numbering about 50 have also sustained varied degrees of injuries.

The Minority in Parliament wants the Ministers of Road and Highways, Transport and Interior summoned to answer questions on the increasing rate of road accidents in the country.

According to the Minority, the inter-ministerial committee set up to investigate the cause of road accidents has failed to make its findings public.

Kwame Governs Agbodza, Minority’s Spokesperson on Transport who is worried about the continuous loss of lives on the country’ s roads is of the view that it will only take a parliamentary intervention to compel the committee to implement its recommendations.

“We’ll force these three ministers to appear before parliament and actually present to Parliament, the content of the report they presented to the President and make it public to improve road safety in this country. None of the things we see so far gives anybody any inclination as to what the [report] is about. I believe Parliament will do a better job by forcing these Ministers to come to Parliament and give us an idea on what they did. So we can all scrutinize and find out if it’s fits for purpose or whether we should do more”, he said.